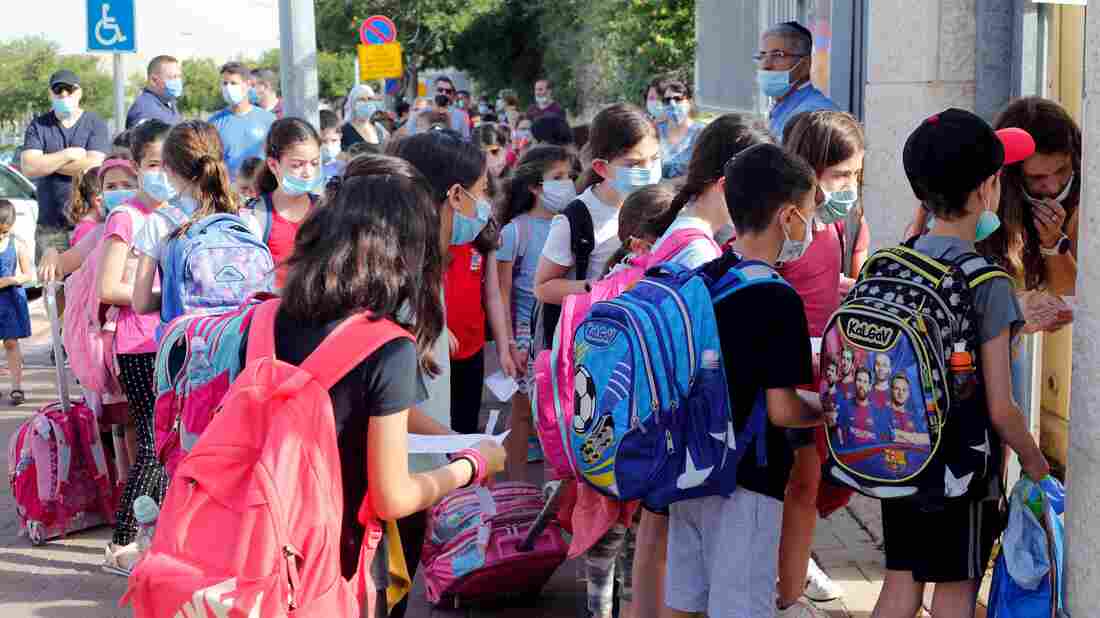 Students wearing masks are outside a school in the Israeli city of Modiin on May 17. Israeli students in all grades went back to school last month. Xinhua News Agency/Xinhua News Agency/Getty Images hide caption 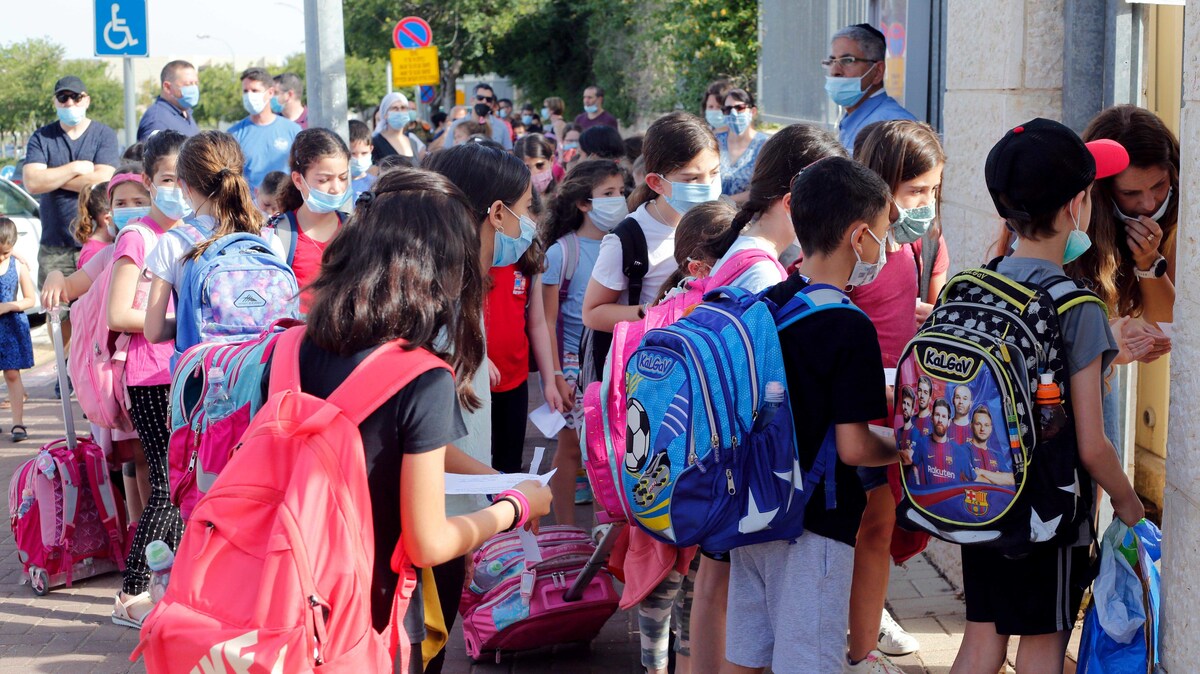 Students wearing masks are outside a school in the Israeli city of Modiin on May 17. Israeli students in all grades went back to school last month.

Two weeks after Israel fully reopened schools, a COVID-19 outbreak sweeping through classrooms — including at least 130 cases at a single school — has led officials to consider shutting them again.

At least 244 students and school employees in various schools have tested positive for the coronavirus in recent weeks, according to the education ministry. At least 42 kindergartens and schools have been shuttered. More than 6,800 students and teachers are in home quarantine by government order.

It’s an abrupt reversal of the post-pandemic spirit in Israel, as officials lifted most remaining coronavirus restrictions last week. Prime Minister Benjamin Netanyahu had declared victory in early May over the pandemic, with fewer than 300 deaths, and last week told Israelis to go to restaurants and “enjoy yourselves.”

But by the weekend, a spike in cases led him to consider reimposing restrictions, including closing all schools. The education minister, Yoav Gallant, argues that despite the recent spike, the overall number of virus cases in Israeli schools remains low and does not justify closing them all. A final decision on school closures is pending.

Schools first began to reopen in early May, with classes staggered in smaller groups or “capsules” of students to prevent a wide outbreak. By May 17, limitations on class size were lifted.

The most significant outbreak appeared last week in the Gymnasia Rehavia, a historic middle and high school in Jerusalem. There, 116 students and 14 teachers were infected, according to the education ministry, and the school closed. Built in 1928, its graduates include prominent novelists, politicians and Netanyahu’s late brother.

Health officials say they’re investigating how the virus spread there. A teacher told NPR a seventh grader was first discovered to be carrying the virus and the entire grade was ordered to quarantine at home. Then a ninth grader tested positive and the entire school was shut down.

“It was a mistake to go back to school in this format,” the teacher said. She spoke on condition of anonymity because teachers were ordered not to speak with the press and she feared losing her job if identified.

Across Israel, many parents have yanked their children from schools that remain open. When the Collège des Frères, a French Roman Catholic school in the city of Jaffa, announced that the father of some students had tested positive for the virus, his children’s classmates were sent home — but other parents pulled their children out, too.

Dr. Arnon Afek, who is helping manage Israel’s coronavirus response, played down the outbreak, saying a spike in cases was expected when schools reopened. “It wasn’t a surprise,” he said. “It happened also in South Korea and Singapore.”

On Tuesday evening, Netanyahu’s office said he would make a final decision Wednesday about closing the school system, after seeing “additional data” and evaluating ways to “strengthen the protection of pupils against infection.”