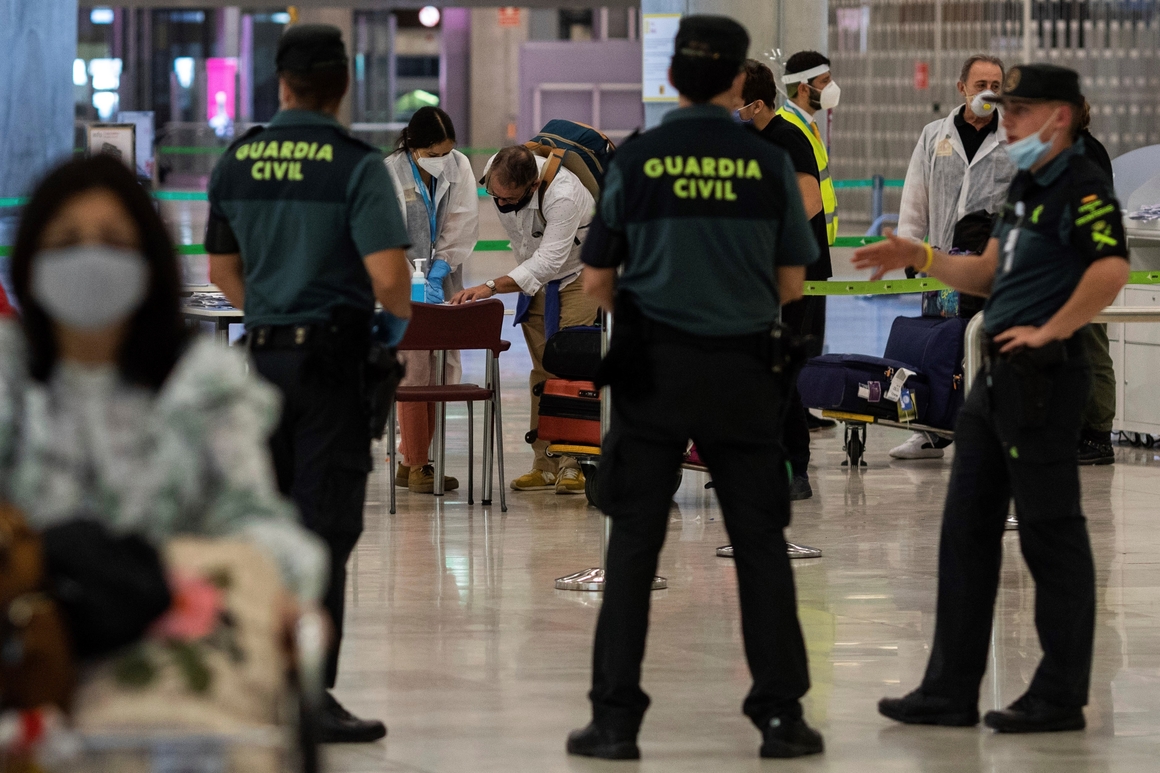 As things stand, that would prevent travel from a range of countries, including the U.S., Brazil and North Macedonia, while travel to and from China would be permitted. Travel with around 50 countries could be restarted, according to preliminary lists seen by POLITICO.

Donald Trump has suggested the U.S. slow down its testing, which would cut the number of positive cases in his country by default. “By having more tests, we find more cases,” he said Tuesday. But the government’s top infectious disease expert said the same day that the U.S. president had not ordered a slow down of coronavirus testing.

The European Commission two weeks ago set out a plan to reopen the bloc’s external borders, stressing that EU member countries “should agree on a common list of non-EU countries for which travel restrictions can be lifted as of 1 July, to be reviewed on a regular basis.”

The criteria to be used — and the countries covered — is the subject of fierce ongoing negotiation.

Diplomats agree one of the main criteria should be an incidence rate close to or below that across the EU, which currently stands at an average of 16 cases per 100,000 inhabitants.

However, a number of capitals are pushing for other data to be taken into account as well. That could include testing rates, the number of patients in intensive care or countries’ preparedness, for example in terms of hospital facilities — as well as the reliability of the data.

“One of the problems is reciprocity,” added one diplomat: namely whether it should play a role in the decision, and if so whether that should count as more relevant than the incidence rate.

The White House is considering a CDC overhaul as coronavirus cases surge.

There’s also tension over the U.K., which still has a comparatively high rate among European countries. However, under the terms of the Brexit transition agreement, London is still considered part of the EU until December 31, meaning it wouldn’t be included in the list of third countries, said a second diplomat.

Complicating the picture is the fact that not all the borders within the EU’s free-travel Schengen zone have yet reopened. If internal borders aren’t fully open before July 1 but people from third countries are let in, “this will be chaotic,” said a third diplomat.

Home Affairs Commissioner Ylva Johansson told capitals earlier this month they must drop internal border restrictions to be ready to figure out a joint approach to restarting global travel. Brussels is desperate to avoid a messy global opening that results in a new round of border closures.

Two lists drawn up by the Croatian presidency of the Council of the EU mark out countries that have new cases of the virus at a rate equal to or below the EU’s. The first includes 47 countries with an infection rate below 16 cases per 100,000 people. The second, which covers a range of 16-20 per 100,000, lists 54 countries.

China, Vietnam and Australia are on both lists, while Canada, Turkey and Egypt are only included in the wider bracket.

Earlier this month, the Commission explicitly outlined the Western Balkans as a region it wanted to reopen travel to at the earliest possibility. However, the lists show a complicated picture since Albania and Kosovo have a higher infection rate than the EU average. In Serbia and Bosnia, the infection rate is lower, but it is increasing.

The process will be “evidence-based and health-driven,” said Olivier Jankovec, director general at ACI-Europe, a lobby group for airports. “I don’t think the EU can afford to prioritize anything other than evidence-based criteria because the risks are just too high.”