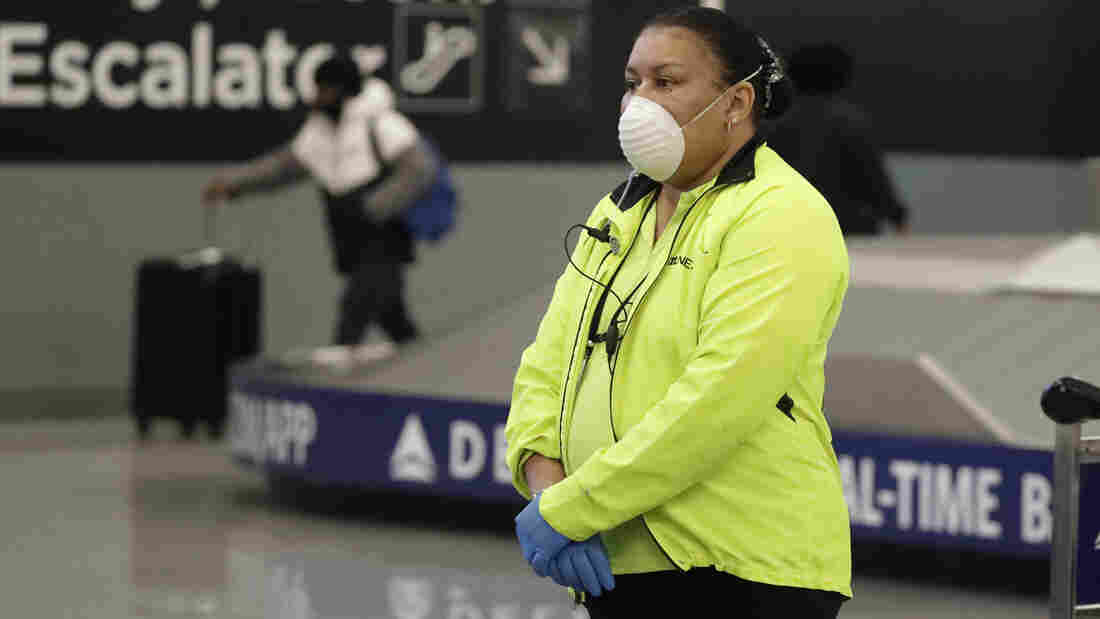 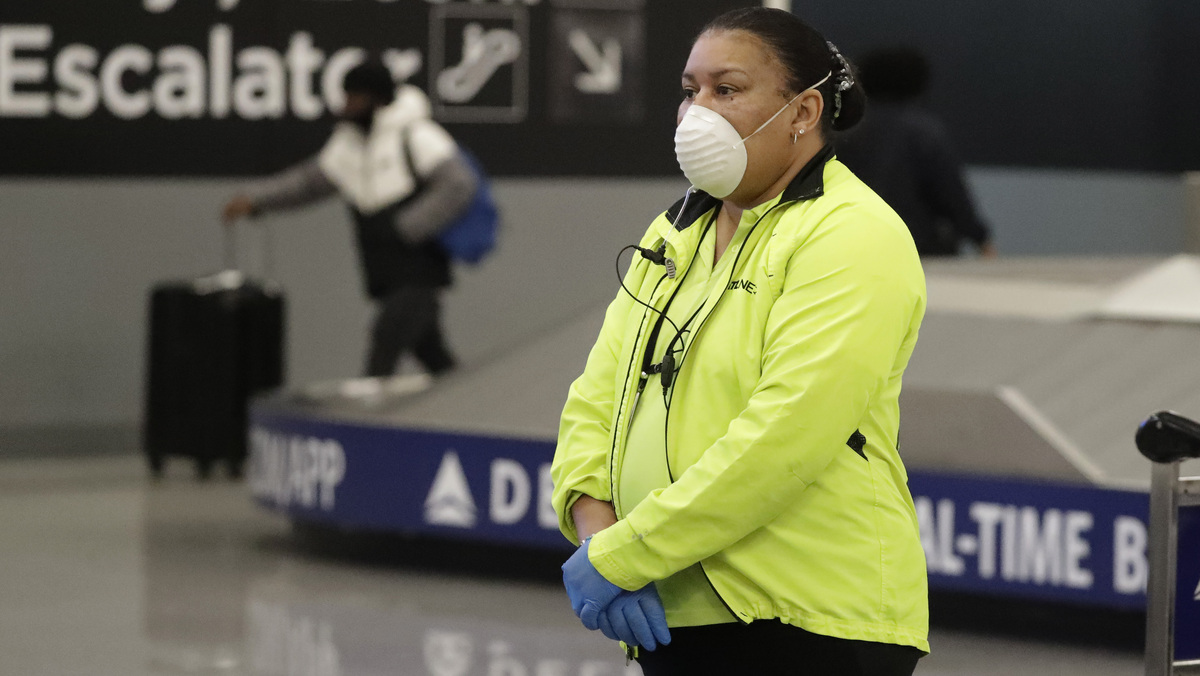 The tension in America between the national government and states’ rights is as old as the republic itself. That tension is about to play out in a starkly political way and on a grand scale over the next several weeks, as states consider how to reopen their states in the midst of the novel coronavirus pandemic.

President Trump seems to be itching for states to reopen — frankly, faster than his own administration’s guidelines recommend.

Trump has been excusing protesters, who aren’t abiding by social distancing guidelines, and his own attorney general is saying he might support going after states with rules that, in his view, go “too far.”

“We have to give businesses more freedom to operate in a way that’s reasonably safe,” Barr said on conservative Hugh Hewitt’s radio show. “To the extent that governors don’t and impinge on either civil rights or on the national commerce — our common market that we have here — then we’ll have to address that.”

Already, a red state-blue state divide is emerging. Democratic-led states, like New York, California and Michigan, are taking a slow approach to reopening, putting emphasis on health and citing data on testing, hospitalizations and deaths as guideposts.

Republican-led ones are stressing the massive economic toll — and with good reason. A Pew Research poll that found 43% of Americans say they have lost jobs or wages because of coronavirus shutdowns.

But the question is how fast is too fast?

Various mayors around the state questioned the decision, calling it “reckless” and “irresponsible.” Atlanta’s mayor said she was “at a loss.”

President Trump said Tuesday he would be speaking with Kemp, calling him “very capable,” and said would ask him people who would be frequenting some of these businesses would get tested first. But there is no plan for widespread testing in Georgia.

Everyone wants the country back open. But Georgia and other states that are reopening are about to become experiments in uncharted water.

In the meantime, Congress is trying to fill the void at least temporarily likely set to pass another — expensive — relief package Wednesday.

The briefing in brief: 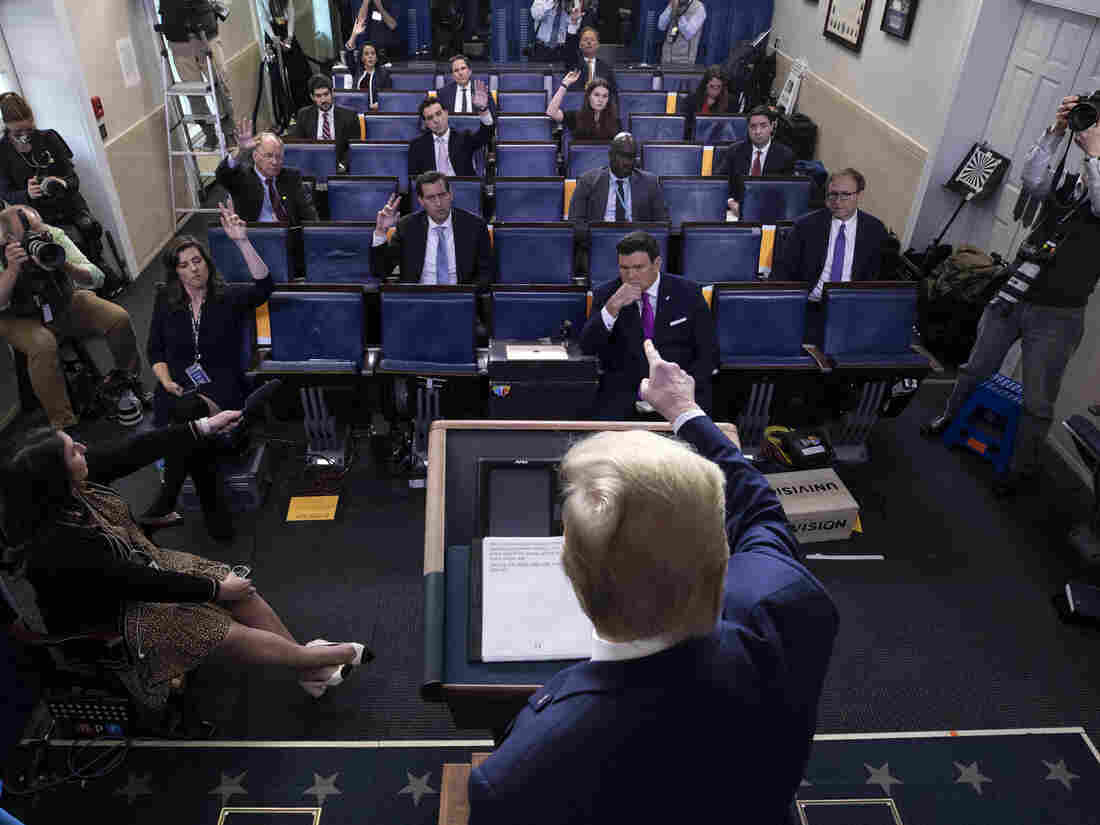 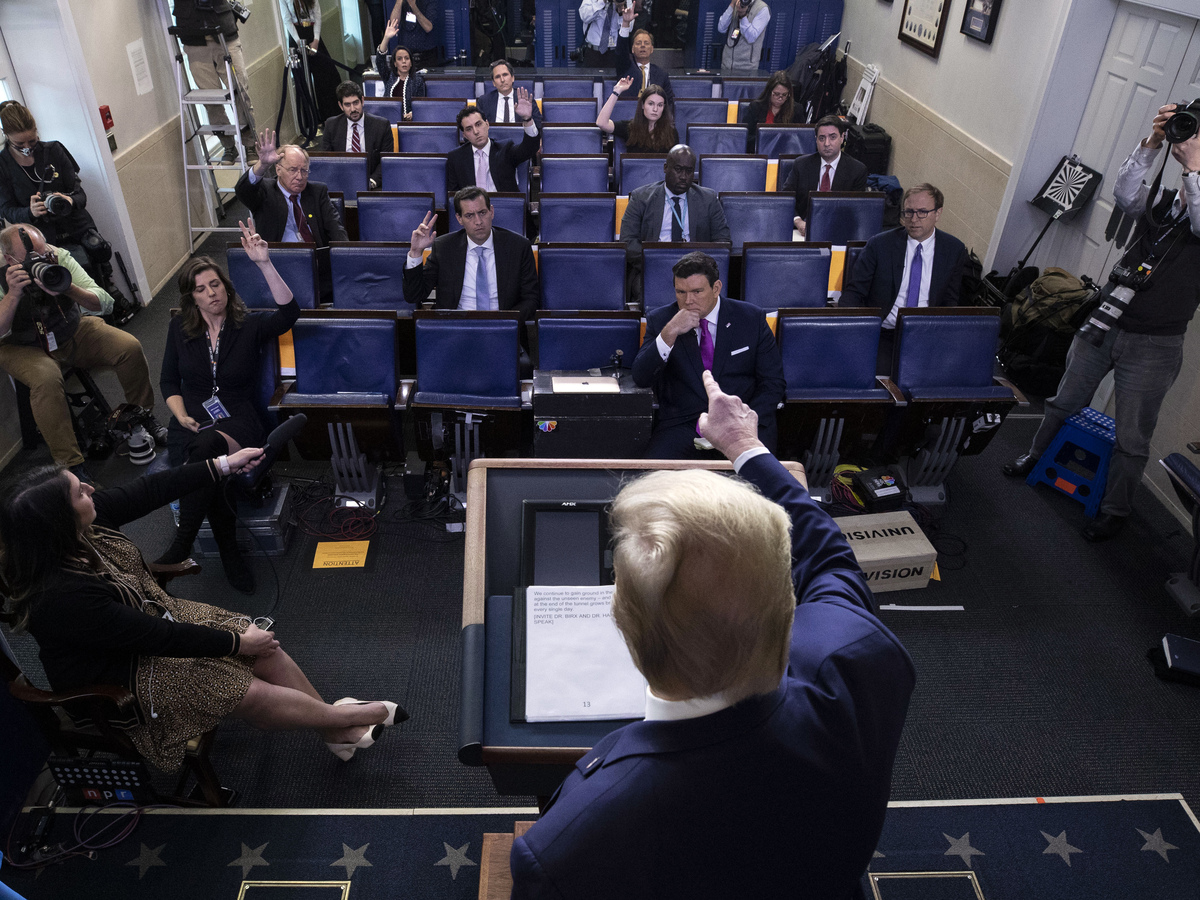 President Trump speaks about the coronavirus at the White House Tuesday. 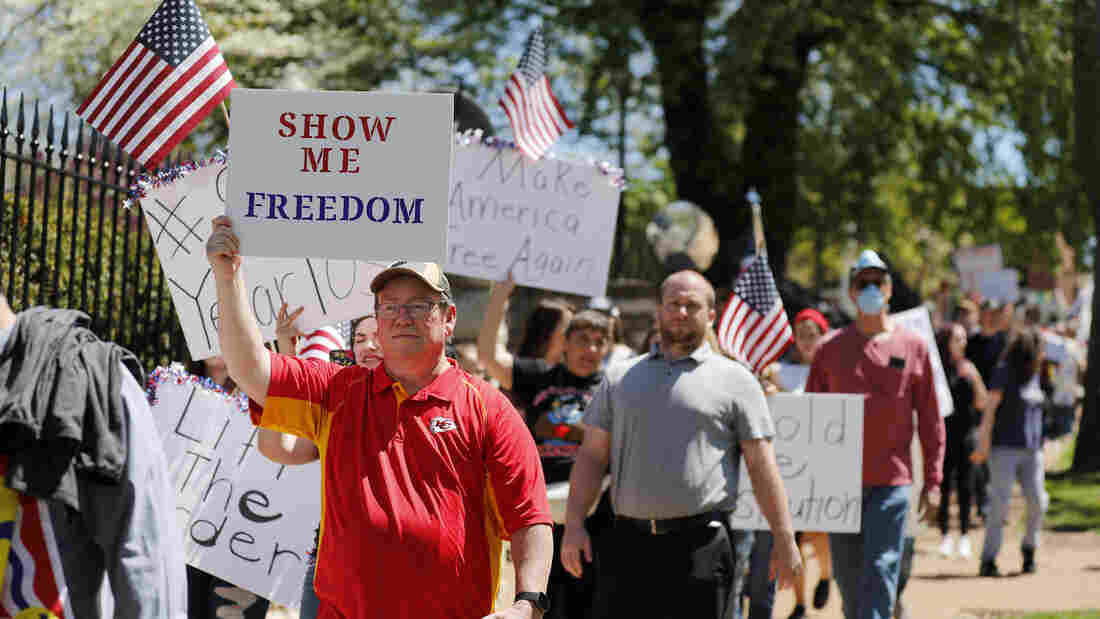 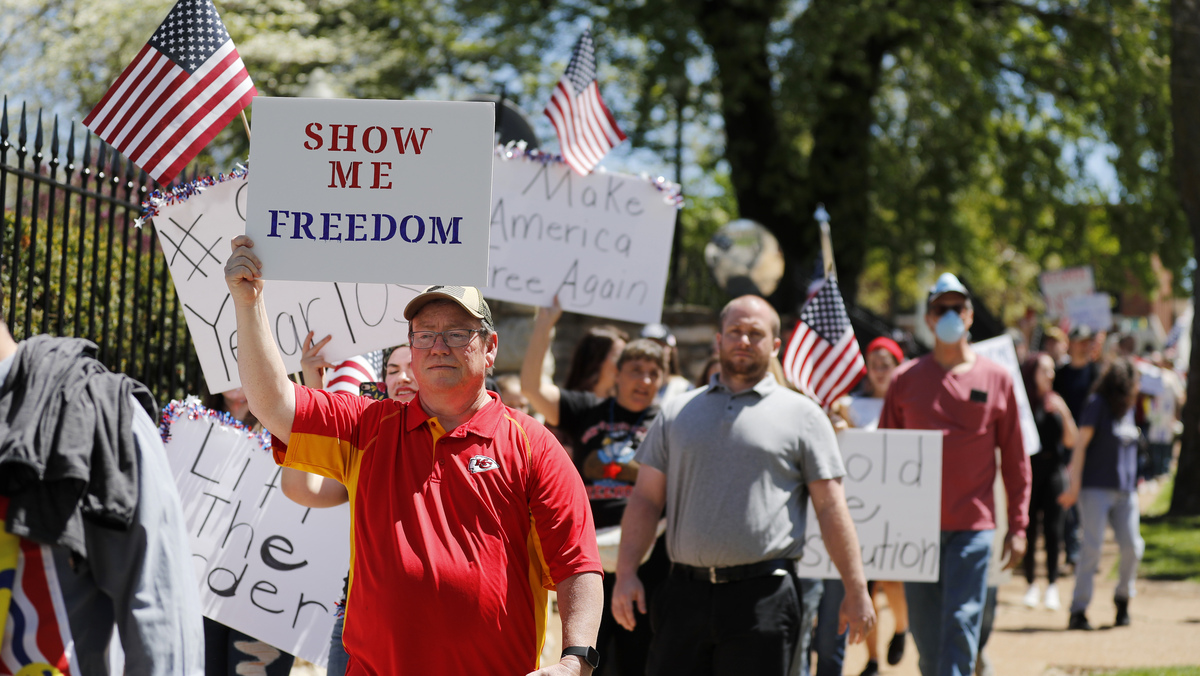 People walk past the governor’s mansion to protest stay-at-home orders put into place due to the COVID-19 outbreak Tuesday in Jefferson City, Mo.

Quote of the briefing:

“I look forward to comparing my numbers to my children’s numbers. I think I’ll do better.”

— President Trump commenting on furloughs of workers at the Trump Organization operationally run by his children, Don Jr. and Eric. But Trump didn’t stay out of it completely. One of his golf courses is in Florida, and he noted that with no revenue coming in, it’s hard to keep people employed, and he added, “Florida, you can’t use golf courses. That one, I’m not sure I agree with.”

Other key coronavirus stories from NPR:

Without any proof of whether they work, President Trump has repeatedly advocated use of a combination of hydroxychloroquine and azithromycin to treat COVID-19 patients. “What do you have to lose?” Trump has asked. Well, a panel convened by the agency run by Dr. Anthony Fauci, is recommending doctors not prescribe the combination of drugs because they increase the risk of sudden cardiac death.

After The ICU, Many COVID-19 Survivors Face A Long Recovery

For many survivors of the disease caused by the coronavirus, full recovery may never come, with long-term impacts ranging from organ damage to PTSD.

Timeline: What Trump Has Said And Done About The Coronavirus

Trump’s message has been like pinball when it comes to coronavirus. Follow the bouncing ball on what he’s said and done with this useful timeline.