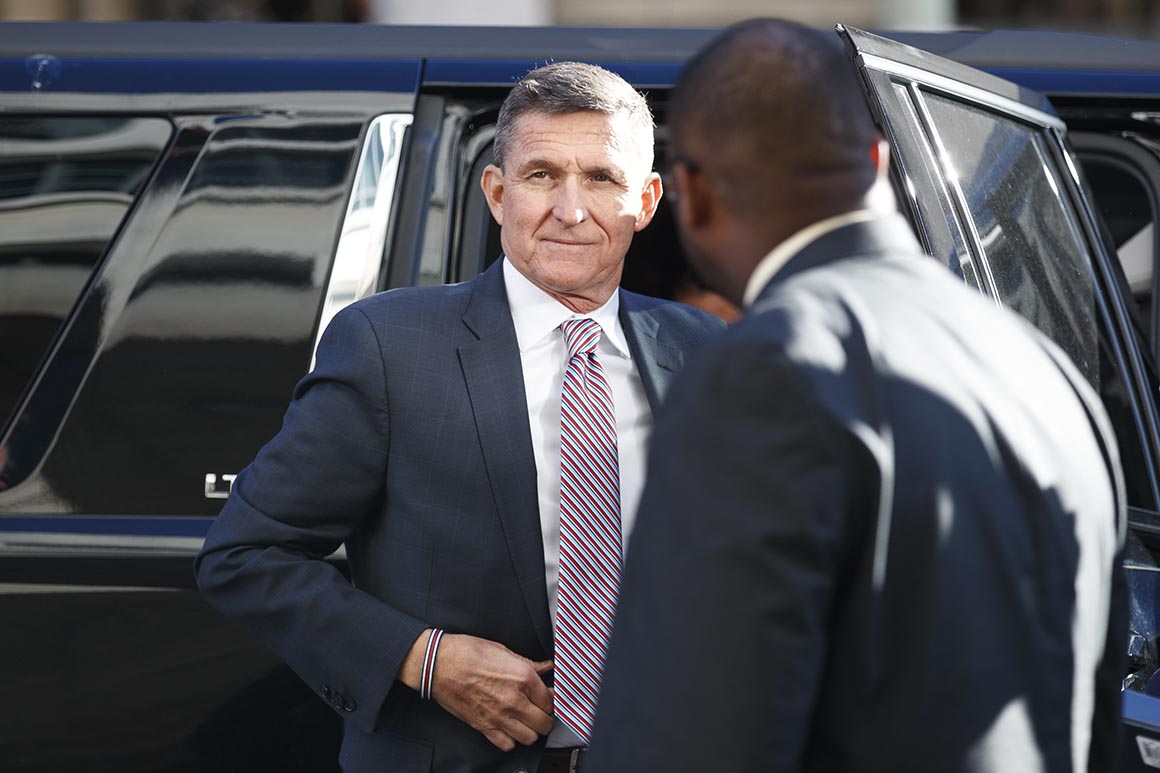 Flynn pleaded guilty in 2017 to a felony charge of lying to FBI agents investigating Russia’s interference in the 2016 presidential election. The former Defense Intelligence Agency chief reaffirmed his guilt in 2018, but has since sought to rescind his plea — an effort that eventually won the backing of the Justice Department, which moved earlier this year to abandon the case, citing alleged FBI misconduct.

But DOJ’s decision sparked an outpouring of complaints that Attorney General William Barr was seeking to undermine the prosecution of a close Trump ally, and Sullivan rejected efforts to immediately dispose of the matter, instead appointing an outside adviser to determine whether the court has leeway to consider alternatives. Sullivan had scheduled a hearing on the matter for earlier this month but postponed it after the split three-judge appeals court panel ruled that he had overstepped his authority.

The decision to hear the case en banc is good news for Sullivan. He took the unusual and perhaps unprecedented step of seeking full-court review after the initial ruling — authored by Neomi Rao, a Trump appointee — left many criminal justice experts and even some former judges puzzled. Courts are loath to issue so-called “mandamus” decisions — forcing lower-court judges to take specific actions, like dismissing a case — when it isn’t a last resort, and Sullivan repeatedly emphasized that he hadn’t ruled one way or the other on Flynn’s effort to end the case against him.

The appeals court’s one-page order announcing the en banc rehearing did not explain in detail why the full court had agreed to take up the case, but the order asked the parties to address at the August arguments whether Flynn has “no other adequate means to attain the relief” he is seeking.

That could be a sign that one or more judges believe Flynn and the government should pursue their complaints about Sullivan’s plans for handling the dismissal motion with Sullivan, at least in the first instance, before seeking aid from the appeals court.

The court’s order also indicates that the judges hearing the case en banc will include seven Democratic appointees and three Republican appointees.

One of the court’s judges — Trump appointee Greg Katsas — bowed out as he has in other disputes involving special counsel Robert Mueller’s office, which launched the Flynn prosecution. The decision to take the case en banc required the approval of a majority of the court’s active, unrecused judges, but no tally was released.

The decision also complicates matters for Trump, who has indicated he intends to bring Flynn back into his political orbit, perhaps as a campaign surrogate or even an adviser. A mid-August hearing means a decision likely wouldn’t be reached until late summer or even the fall, with the election nearing.

And if the appeals court backs Sullivan, he could wind up holding a high-profile hearing about the case in the weeks leading up to the November vote. In the meantime, the felony charge against Flynn is still pending.