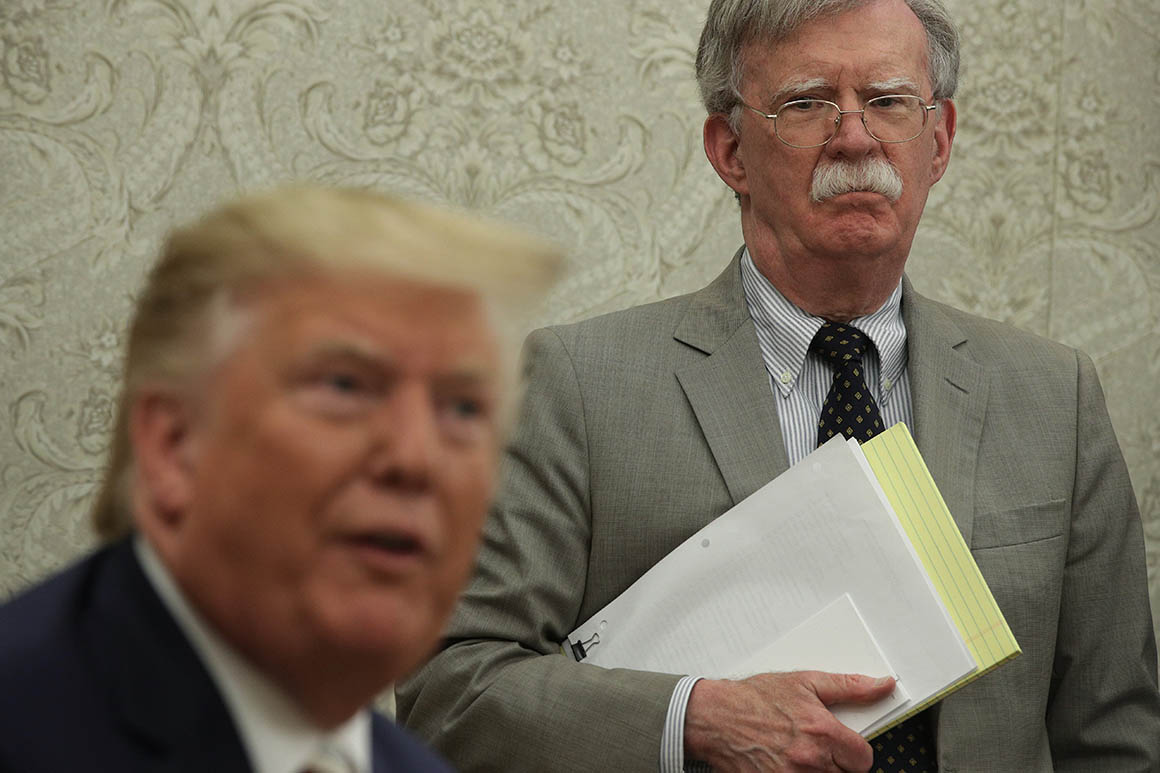 The former aide plans to write that he was “hard-pressed to identify any significant Trump decision” during his tenure as national security adviser, from April 2018 through September 2019, “that wasn’t driven by reelection calculations.”

In his book, Bolton “argues that the House committed impeachment malpractice by keeping their prosecution focused narrowly on Ukraine when Trump’s Ukraine-like transgressions existed across the full range of his foreign policy,” Simon & Schuster said — promising that Bolton “documents exactly what those were, and attempts by him and others in the administration to raise alarms about them.”

Simon & Schuster’s statement represents the most detailed, official preview yet of the contents of Bolton’s book ahead of its publishing on June 23. The memoir’s release has been delayed twice due to an extensive prepublication review by the National Security Council.

Other revelations from the book had been reported amid the president’s impeachment trial in the Senate, including Bolton’s claim that Trump told him he wanted to continue withholding U.S. government aid from Ukraine until officials there publicly pledged to investigate former Vice President Joe Biden and his son Hunter.

The House voted to impeach Trump last December on charges of abusing his power and obstructing congressional investigations, and the Senate acquitted him on the two articles of impeachment in February, overwhelmingly along partisan lines.

The White House took significant steps to block administration officials from testifying during the House and Senate proceedings. Bolton refused to appear for a deposition during the House impeachment inquiry. He offered to testify during Trump’s Senate trial, but a vote to allow witnesses failed.