BUSHNELL, Fla. — Memorial Day weekend is a special time of year at Florida National Cemetery. Rows of American flags line the roadways, the spring sun glistens off the headstones, and the soft sound of tolling bells echo throughout the grounds.

But for Michael Chance, this Memorial Day weekend is very different. It’s the first without his father, Owin. 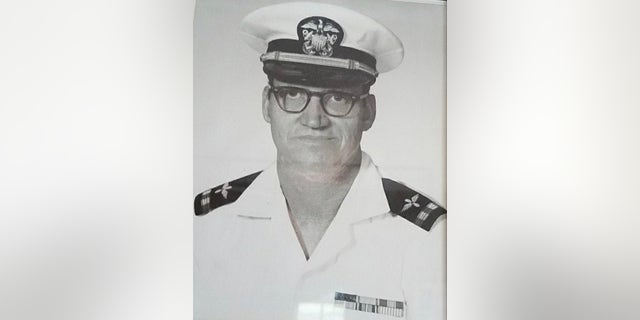 Chief Petty Officer Owin Chance served his country in the United States Navy for over 20 years. He passed away May 4th of this year (Photo provided by the Chance Family).

“He was my rock,” Chance told Fox News. “If I ever needed something, he was the one person I could turn to. What more can you say? He was my dad … he was my hero.”

For more than 20 years, Owin Chance served in the United States Navy. He retired as a Chief Petty Officer and remained a patriot throughout his life.

MEET THE VETERANS WHO LEFT THE MILITARY BUT NOT THE BATTLEFIELD: DAVE EUBANK AND THE FREE BURMA RANGERS

Chance says that his father was very proud of his time in the military, and planned to be interred at Florida National Cemetery upon his death. There, he would receive his final military honors in a traditional ceremony.

“He knew everything that was going to happen,” said Chance, adding that his father had effectively planned out his whole funeral.

“He knew he was going to be interred there, he knew the ritual that would normally take place for a retired serviceman.”

Owin Chance passed away on May 4. Days later, he was interred at Florida National Cemetery.

But because of the coronavirus pandemic, there was no presentation of the flag. There was no playing of “Taps.” And there were no final honors given. 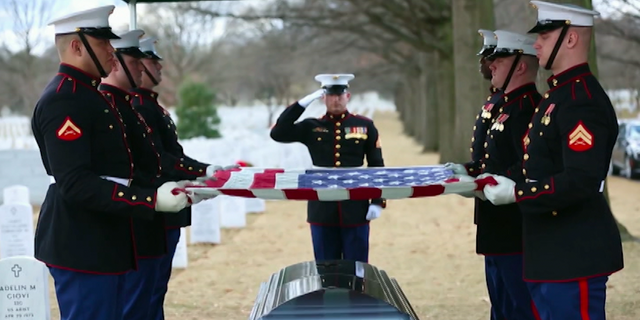 A committal service is the final honor a veteran may receive. But, because of the coronavirus pandemic, these ceremonies are temporarily on hold (Photo courtesy of The Defense Visual Information Distribution Service).

On March 23, the Department of Veterans Affairs National Cemetery Administration (NCA), “temporarily discontinued committal services,” according to its website. As of April 15, families who wish to view their loved ones being interred must watch from their cars.

Gerard Lyons, assistant director at Florida National Cemetery, says his heart breaks for the families, but his whole team must follow Centers for Disease Control guidelines for the time being.

“That is to protect our veterans and their families,” Lyons told Fox News. “Right now, we are only doing direct interments.”

Lyons, an Army veteran himself, says he wants every veteran to receive the service, and makes clear that all families who still wish for a ceremony will be given one retroactively.

“We are completely dedicated to honoring your loved one’s service,” said Lyons. “When we come out on the other side, we will ensure that every veteran gets their earned burial and honors benefits.”

As of Friday, 306 veterans have been interred at Florida National Cemetery without their final honors, according to Lyons. Typically, the cemetery will inter about 6,500 people a year, making it one of the nation’s busiest.

Chance says that he understands the current situation, but his heart breaks for his father nonetheless.

“It’s really painful because he looked so forward to that,” said Chance. “All the years that he put in and we can’t even go honor him right? We can’t have a proper send-off? It’s not right.

“[My father] knew that [the ceremony] would be part of it. That’s what hurts worse than anything else, knowing that he should have gotten this honor and he didn’t.”

Because of the pandemic, Owin Chance’s service was limited to direct family members. Michael Chance says his father’s caring spirit was able to touch many individual lives between his time in the Navy, his business work, and his role as a deacon at his church.

“If it wasn’t for this pandemic, there would have been hundreds of people there.” 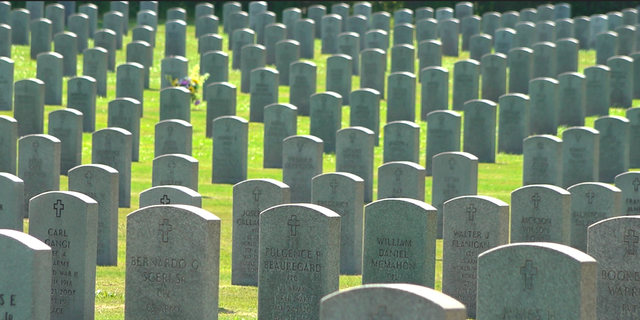 Florida National Cemetery in Bushnell, Fla., is one of the nation’s busiest National Cemeteries. Staffers estimate that between 6,500 and 7,000 interments occur here every year (Robert Sherman, Fox News).

As national cemeteries around the country work to schedule retroactive interment ceremonies for families, the National Cemetery Administration has started a digital “Roll of Honor” which it says “provides an opportunity to remember those Veterans interred during this crisis and reflects interments in our cemeteries starting on April 13.”

“In these challenging times, we are seeking to remember and celebrate these Veterans with all Americans in this new online space,” the Roll of Honor’s website says. “We invite you to honor and remember the following Veterans for their service to this nation.”

Although many Memorial Day events have been canceled or moved online, the NCA says all 142 VA cemeteries will remain open for the holiday.

Lyons says that thousands will typically attend Florida National Cemetery’s annual Memorial Day ceremony, which will now be streamed online. Despite the change, he hopes that guests will visit the cemetery in person, despite the pandemic 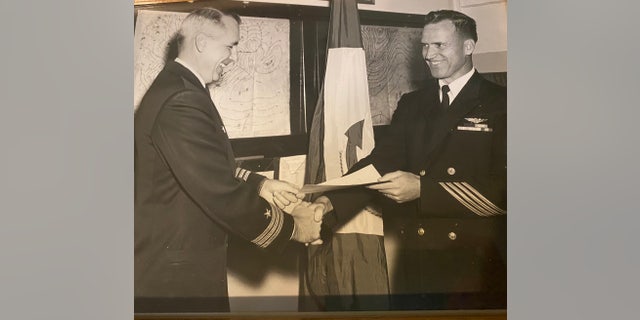 Owin Chance (right) ranks up to Chief Petty Officer. Family members say that Chance described this as one of his proudest days in the United States Navy. (Photo provided by the Chance Family).

Even so, Chance does not feel as though he has closure this Memorial Day. As the nation prepares to honor its heroes, he’ll spend the day thinking about his.

“I’ll just remember my dad,” said Chance. “It will be a day to remember him even more, and what he did for this great nation.”

Although the NCA has not yet announced when they will resume committal ceremonies, Chance says that he intends to return to Florida National Cemetery when they do and give his father a proper goodbye.