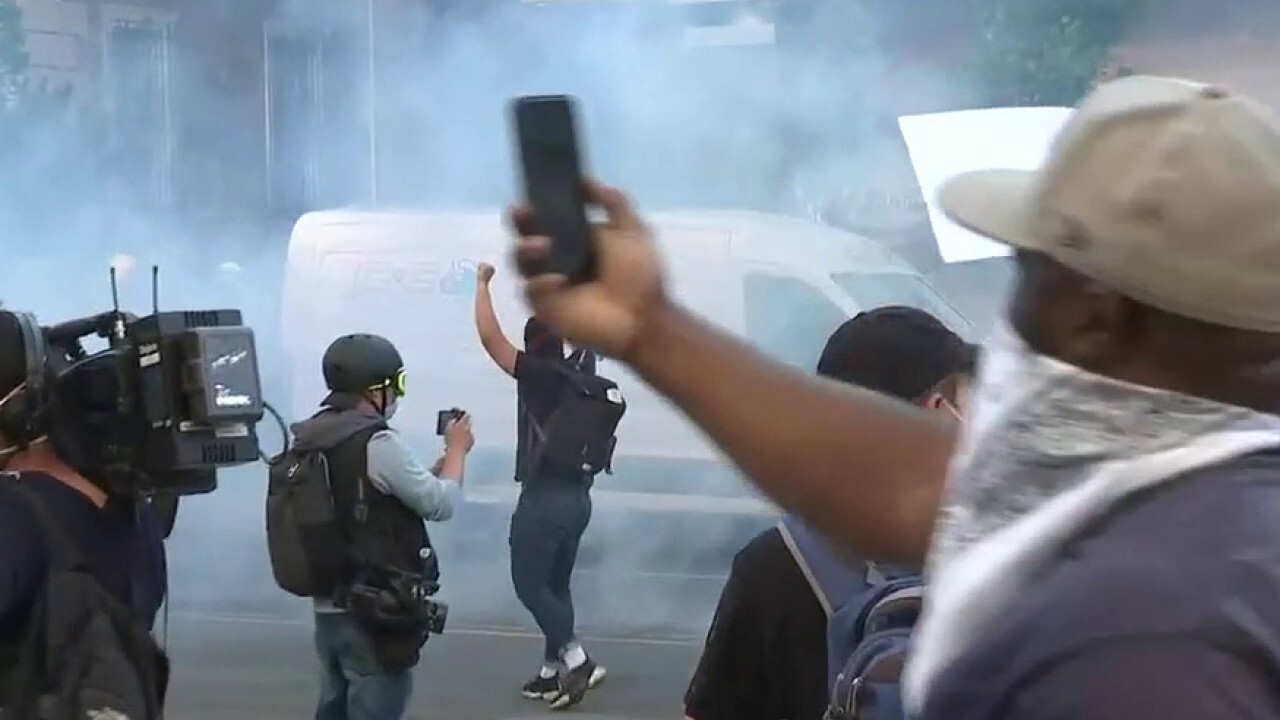 Hundreds of demonstrators blocked a portion of I-676 near 22nd Street in Philadelphia as protests continued for a third day.

SKYFOX flew over the scene which showed a protest on the highway after demonstrators marched through Center City. A short time after they congregated on the highway police used tear gas to move the crowd.

I-676 was shut down in both directions and the Ben Franklin Bridge has been closed until further notice due to the police activity. Commuters should avoid the area.

More than two dozen were arrested as a few hundred other protesters moved to block the Benjamin Franklin Parkway, a grand thoroughfare leading from downtown to the city’s imposing art museum.

The confrontation came after the National Guard stationed vehicles outside City Hall and other downtown buildings, officials curtailed public transit, and city leaders put a curfew in effect for a third day Monday after a weekend of destruction that led to over 400 arrests.

A few hundred protesters were forced down Benjamin Franklin Parkway toward City Hall after the interstate demonstration. Many went to the Police Department headquarters known as the Round House on Arch Street, where a line of National Guard members and police officers stood watch on the stairs.