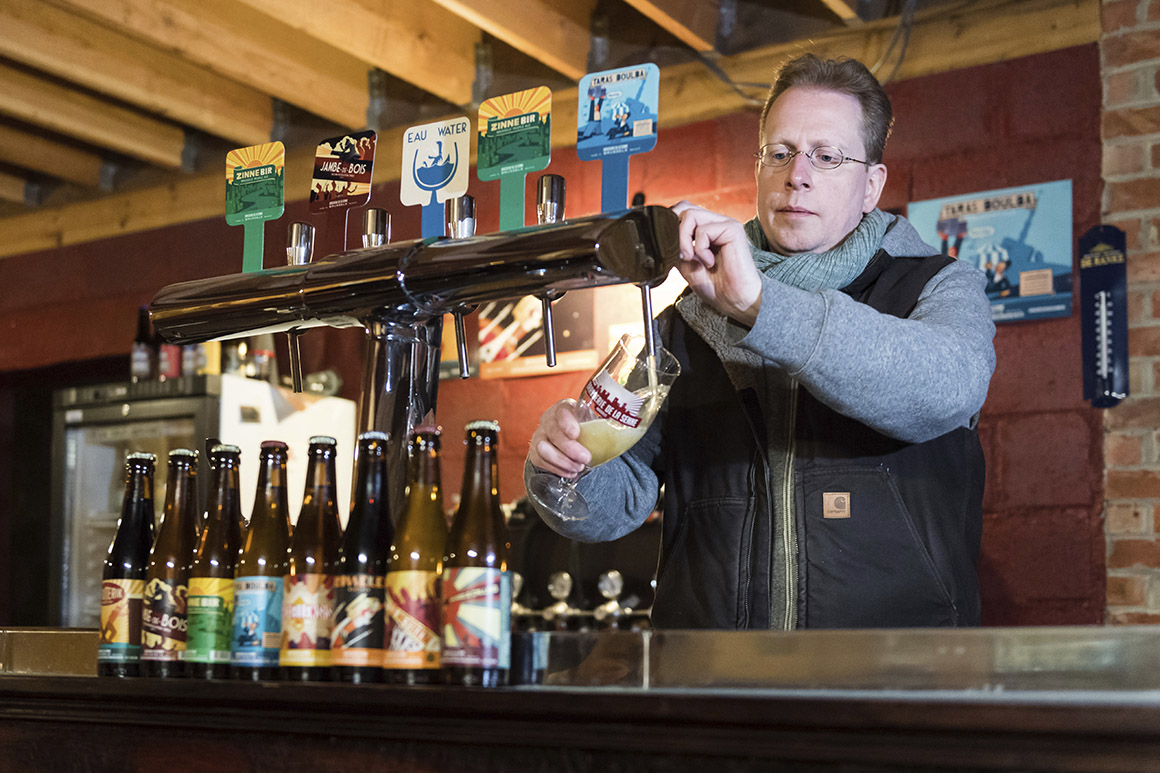 That’s thanks to an improvement in the country’s health situation that took even the government by surprise, according to Prime Minister Sophie Wilmès. On Friday, the virus’ reproduction rate had slowed to 0.81 (meaning that each infected person would pass on the virus to 0.81 others on average) and there are fewer than 700 people being treated for COVID-19 in Belgian hospitals, down from nearly 6,000 in mid-April.

But virologists warn that progress could be short-lived.

“We can say that we’ve put out the first major fire, but the wood is still smoldering,” Steven Van Gucht, who chairs the government’s scientific committee on coronavirus, warned during a daily update Friday. “One mistaken gust of wind, and the fire could flare up to its full strength.”

Given the number of new cases per day, now is the right time for further relaxation of the lockdown, Kevin Ariën, professor of virology at the Institute of Tropical Medicine Antwerp, told POLITICO. But with the government taking one of its biggest steps yet, he warned that daily monitoring will be needed to see whether there is an uptick in cases.

“We know from other countries that this can translate into new cases,” he said, pointing to China, Singapore and South Korea, where cases of the virus increased after lockdowns were lifted.

A new study from the University of Antwerp, out Friday, that tested blood samples from around the country to establish immunity levels found that only 6.9 percent of Belgians have produced antibodies against the virus. That means herd immunity is still “miles away,” but it also signals that lockdown restrictions successfully stunted the population’s exposure to the virus, the researchers concluded.

As Belgium inches toward freedom, keeping track of the virus’ circulation will become more important: The idea behind the 10-person meeting threshold is to allow more social interaction while still making it possible to trace who people have come into contact with.

The new freedoms also come with new responsibilities for citizens and businesses in terms of hygiene and social distancing restrictions, as well as carefully keeping track of contacts, the government has warned.

If Belgians’ new freedoms lead to an uptick in cases, Ariën said that the first reaction should be to reduce the number of close contacts. Similarly, if the reopening of bars and restaurants affects the figures, the government will need to close them down, he said.

But lawmakers are determined to prevent a second lockdown. “The lockdown as we knew it was exceptional. Therefore it had an exceptional impact on civil liberties,” said Green MP Gilles Vanden Burre. But he added that in the event of an upsurge in cases, the plan shouldn’t be to go back to lockdown; it should be to test, isolate and maybe revive some restrictions.

That strategy relies on authorities’ ability to detect and isolate new cases fast.

When the virus first surfaced in Belgium, the government didn’t have the testing and tracing capacity to offer an alternative to a full-blown lockdown, but it has since massively ramped up testing.

The teams have had a slow start thanks to the slowdown of the virus; so much so that the Flanders region is already moving to scale down its contact-tracing capacity. But the Brussels committee in charge of tracing warned Friday that most coronavirus patients are only reporting two contacts. That’s “insufficient to break the chain of transmission of the virus, and ward off the risk of a second wave,” it cautioned.

One of the complications with the tracing system is Belgians not wanting to share their contacts. “We’re just not used to being traced by the government,” said Ariën.

A tracing app is not yet on the market, as its legal framework still needs to be approved by Belgium’s many parliaments. And any app would be “merely complementary to the manual tracing system,” said Vanden Burre, as its use would remain voluntary and, as with other countries, those most at risk — the elderly — are least likely to embrace the technology necessary to report infections.

For Ariën though, it’s not if there will be a second coronavirus wave, but when.

If that requires a return to lockdown, he predicts it would be a hard sell for citizens. “To impose this a second time later this year, or whenever the second wave hits us, that’s going to be much more difficult,” he said. “I think here will be less willingness and cooperation.”

Politicians, businesses and medical experts have spoken out against a new lockdown. “A second lockdown is something we can’t take anymore. It’s not only not desirable, it’s also no longer possible from an organizational point of view,” Interior Minister Pieter De Crem said in late May, noting that there would be no turning back once Belgium opens its borders — which is planned for June 15.

Erika Vlieghe, who chairs the government’s expert group on the exit strategy, told the broadcaster VRT she would rather have kept the borders closed “for another month” than risk problems with opening up too soon.

The government’s weekly announcements lifting lockdown measures have also been a point of contention, with scientists arguing that it takes longer than a week to get accurate data about the effects.

“For now it’s turned out OK,” said Ariën. But he isn’t sure what the latest measures will mean for the virus in Belgium. “We’ll have to see in two to three weeks how that translates in the numbers.”