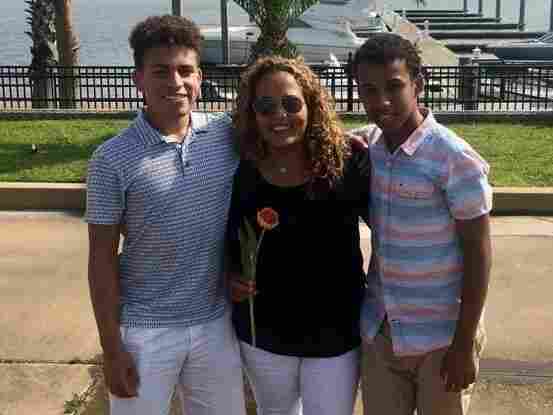 Rocio Tirado, who works for a New Orleans area newspaper, has seen her pay drop during the pandemic. She asked her sons Nicholas (left) and Emilio to be less wasteful. Courtesy of Rocio Tirado hide caption 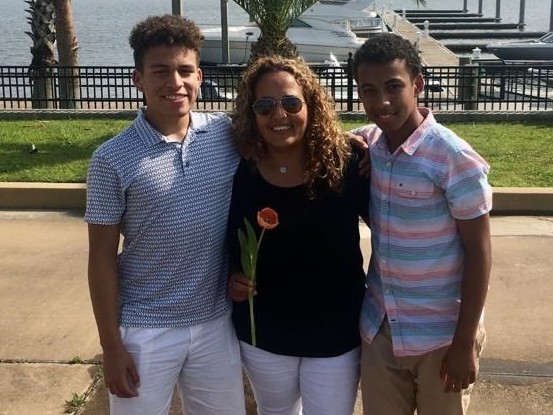 Rocio Tirado, who works for a New Orleans area newspaper, has seen her pay drop during the pandemic. She asked her sons Nicholas (left) and Emilio to be less wasteful.

It’s been a tough month for Rocio Tirado.

Tirado works as a chief operations officer at a Spanish-language newspaper serving the New Orleans area, and she relies on sales commissions for a big part of her income. But advertising at the paper has cratered, hurting her take-home pay.

It’s not easy with two teenage boys — 15 and 17 — at home all day. So she’s applied for food stamps and asked her kids to be less wasteful.

“I talked to the boys and said, ‘Look, this is not vacation. You cannot just go and eat. You have to be very careful,’ ” she said.

Jobs lost. Businesses in peril. Meetings gone virtual. Faces Of The Coronavirus Recession offers snapshots of working Americans whose lives have been upended by the epidemic.

Tirado received a total of $2,200 as part of the coronavirus relief aid from the U.S. government on April 15. She used the money to pay off her overdue April mortgage payment and hired a repairman to fix her garbage disposal.

“Pay your rent, your water bill, pay your electricity, because those companies need to keep paying their employees as well,” she says.

Tirado said her situation reminds her of living through Hurricane Katrina. Back then, her boys were just toddlers, and they were moving from hotel to hotel every few nights. Now, she’s thankful she can cook at home.

“It’s very hard to complain, because this is something that nobody was prepared for,” she says. “We have to be a little grateful for what we get.”