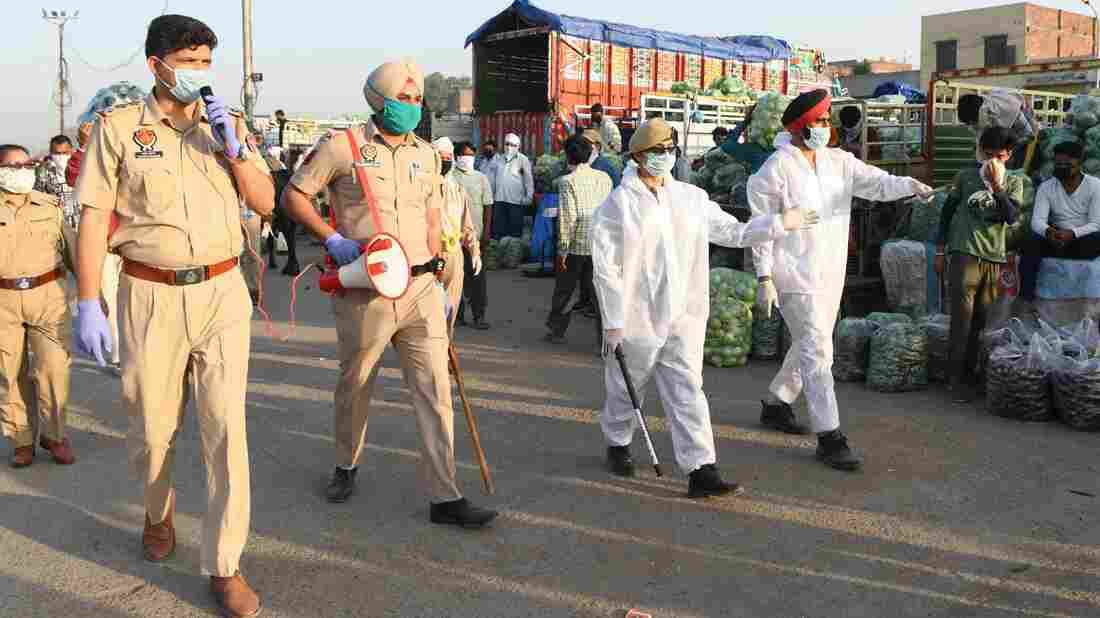 Punjab police patrol at a vegetable wholesale market during a nationwide lockdown against the spread of COVID-19, on the outskirts of Amritsar on May 1. Narinder Nanu/AFP via Getty Images hide caption 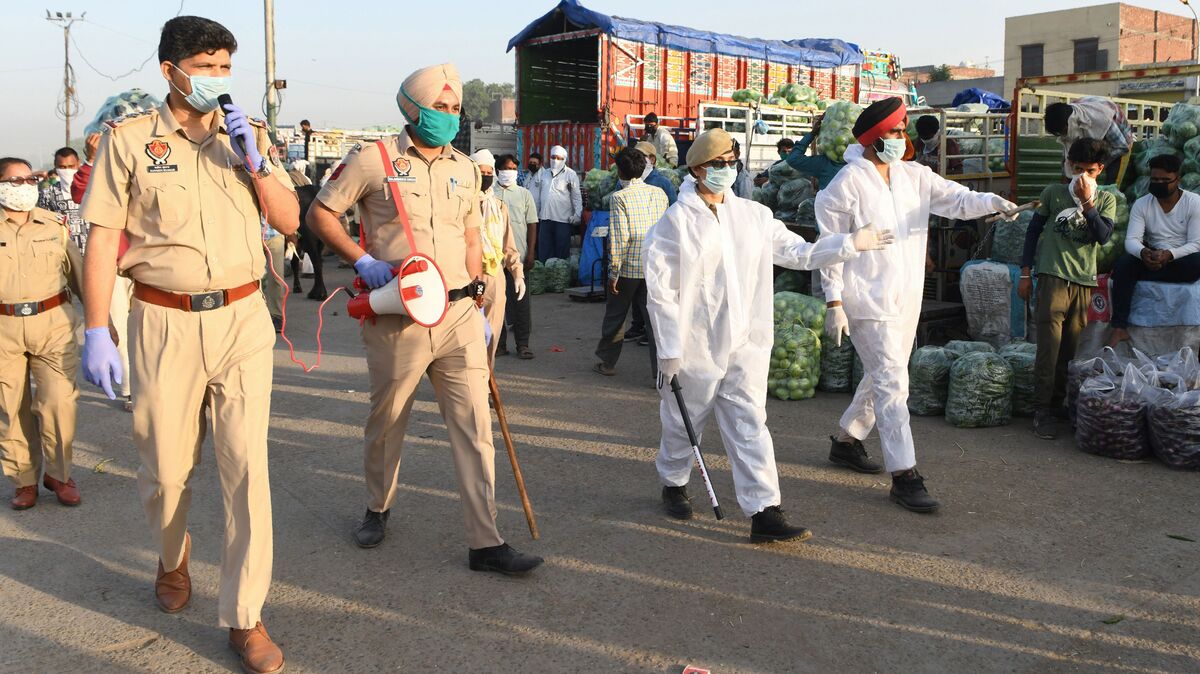 Punjab police patrol at a vegetable wholesale market during a nationwide lockdown against the spread of COVID-19, on the outskirts of Amritsar on May 1.

The world’s biggest coronavirus lockdown has been extended by another two weeks.

For the past five weeks in India, more than 1.3 billion people have been required to shelter indoors, with few exceptions. The lockdown was due to expire Sunday night.

There was speculation Prime Minister Narendra Modi might speak to the nation this weekend, to explain what happens next. But on Friday, the government issued a notice saying the nationwide lockdown would continue for an additional two weeks, through May 18. It had already been extended once before, on April 14.

While testing has not been widespread, the country has recorded more than 25,000 active cases and more than 1,100 deaths.

During the extended lockdown, all domestic and international air travel, passenger trains and interstate buses will remain suspended. Schools, hotels, gyms, theaters and places of worship will stay closed. Grocery stores and pharmacies are allowed to stay open. Face coverings are required in all public places, and gatherings of more than five people are banned.

Friday’s notice also describes a roadmap for how India will begin easing restrictions, starting Monday. Areas will be divided into red, orange and green zones, according to concentration of COVID-19 cases. Health officials will review the classifications every week.

Mumbai, Delhi and other major cities have been declared red zones, with the highest concentration of COVID-19 cases. No rickshaws or taxis are allowed to circulate. Offices are allowed to reopen, but with only a third of staff attending and the rest working from home. Construction crews are allowed to operate only if workers live onsite, rather than commuting from any distance.

In orange zones, with fewer COVID-19 cases, taxis are allowed to resume service, but with a maximum of three occupants — the driver and two passengers. The same capacity limit applies to private cars.

Green zones are defined as areas with no COVID-19 cases for 21 consecutive days. In the western state of Goa, both districts, north and south, have been declared green zones. All activity not otherwise banned nationally is allowed to resume there. But local buses will operate at 50% capacity.

In red and orange zones, officials are also identifying and sealing off containment zones around homes and apartment buildings known to have infected people. There will be “house to house surveillance by special teams” and contact-tracing on a new smartphone app developed and operated by the Indian government.