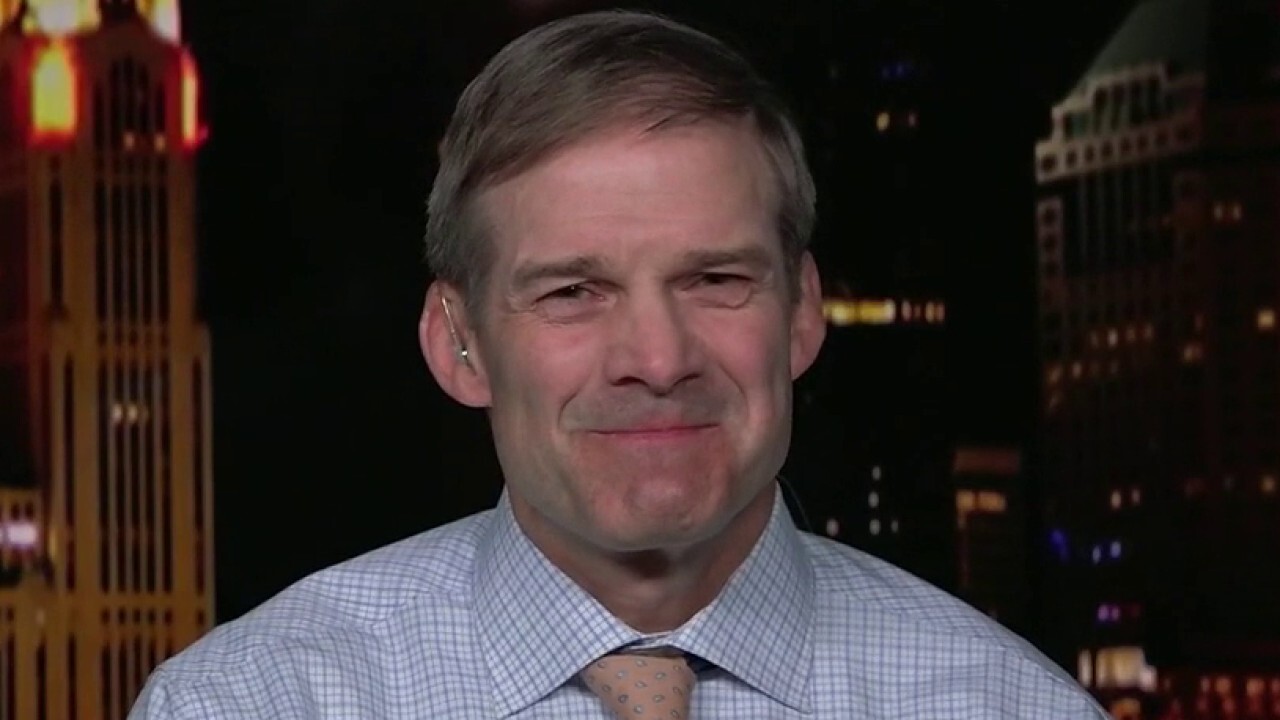 A report that the U.S. could see strong economic growth as states emerge from months of coronavirus shutdowns had U.S. Rep. Jim Jordan, R-Ohio, sounding optimistic Tuesday during an appearance on “Fox News @ Night.”

Host Shannon Bream pointed to the Politico report – in which former Obama administration adviser Jason Furman predicted a sudden rebound in the fall could spell trouble for Democrats’ election hopes.

She also noted a recent poll showing voters still trust President Trump over Joe Biden on the economy despite the virus-related slowdown.

The key to the comeback will be the states choosing to reopen rather than to wait for a federal bailout, Jordan added.

“Back-to-work actually works,” he said. “That’s the best stimulus there is. And I think you’re going to see what this economist talked about.”

Jordan also blasted the Democrats, accusing them of playing politics rather than working toward bipartisan support of a U.S. economic rebound.

Bream next asked Jordan about the recent departures of inspector generals from the federal government – either by resignation or firings by President Trump. She referred to U.S. Rep. Jackie Speier, D-Calif., who accused Trump of replacing “Mr. Cleans” with “Mr. Cronies,” with other Democrats saying Trump was looking to avoid accountability.

“Look, the president’s entitled to have the people he wants around him to do the things he told the American people he was going to get accomplished,” Jordan responded. “I think that’s fine.”

Jordan then said former Secretary of State Hillary Clinton had no inspector general oversight during her tenure at the State Department.

“No inspector general the whole time,” he said. “Maybe if we’d had an inspector general there, we could have gotten a little more information on what really happened, we had to do a whole select committee on the Benghazi tragedy, where Americans lost their lives on that night.”

Once again Jordan pointed at the Democrats.

“This president has been faced with more attacks from more places than any president ever,” he said, “and he’s entitled to have the people in office, supporting his administration so he can get done what he told the American people he was going to do.”

Jordan, 56, who serves as ranking member of both the House judiciary and oversight committees, then addressed the Michael Flynn case, in which the Justice Department sought to drop charges of lying to investigators against the former White House national security adviser. Jordan said he hoped to soon see transcripts of Flynn’s phone calls with former Russian diplomat Sergey Kislyak, which reportedly sparked the Russia investigation into the Trump campaign.

Jordan added he was hoping that John Ratcliffe, the newly installed director of national intelligence, would make the information available.”

”But I look forward to seeing this document because what we’ve learned because of Rick Grenell’s efforts, [Flynn lawyer] Sidney Powell’s efforts, Attorney General Barr’s efforts … Jim Comey was the common denominator through it all. I hope John Durham [investigating the origins of the Russia probe] is still giving Mr. Comey a strong look.”