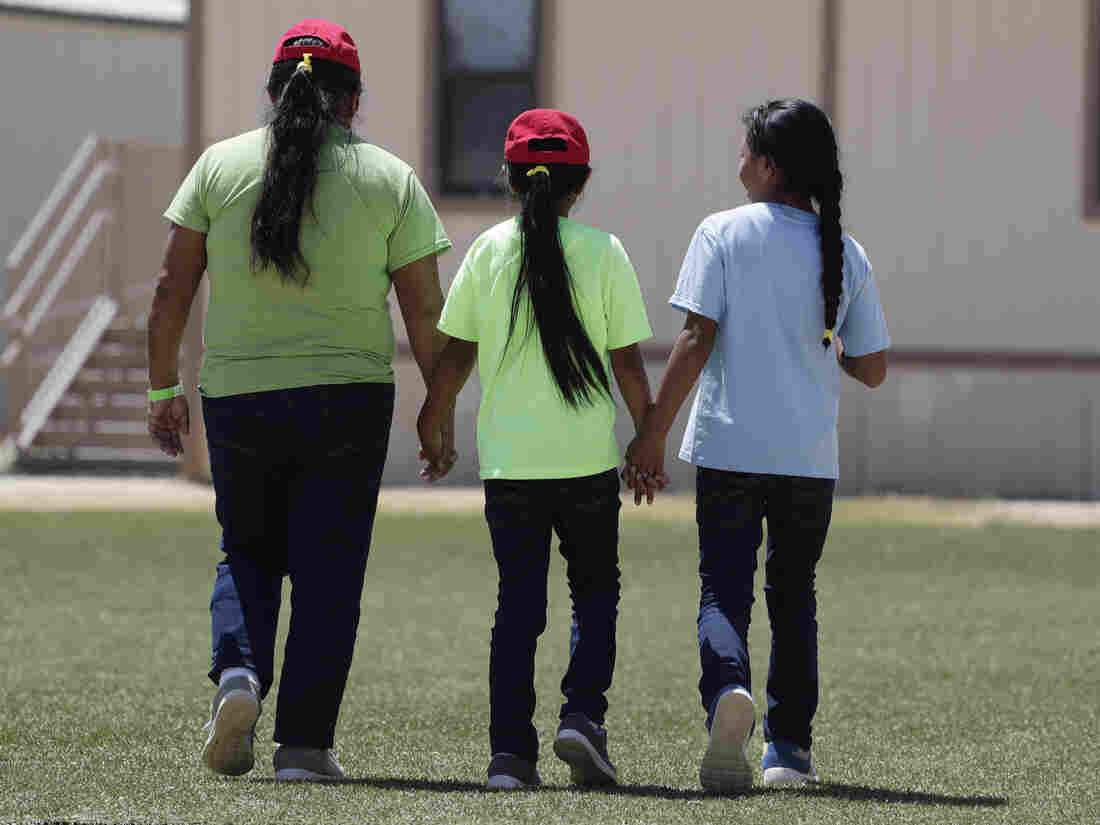 Immigrants seeking asylum hold hands as they leave a cafeteria at the ICE South Texas Family Residential Center. Independent inspectors told the judge that COVID-19 tests at the centers and the infection rates in the counties where the Texas facilities are located are cause for concern. Eric Gay/AP hide caption 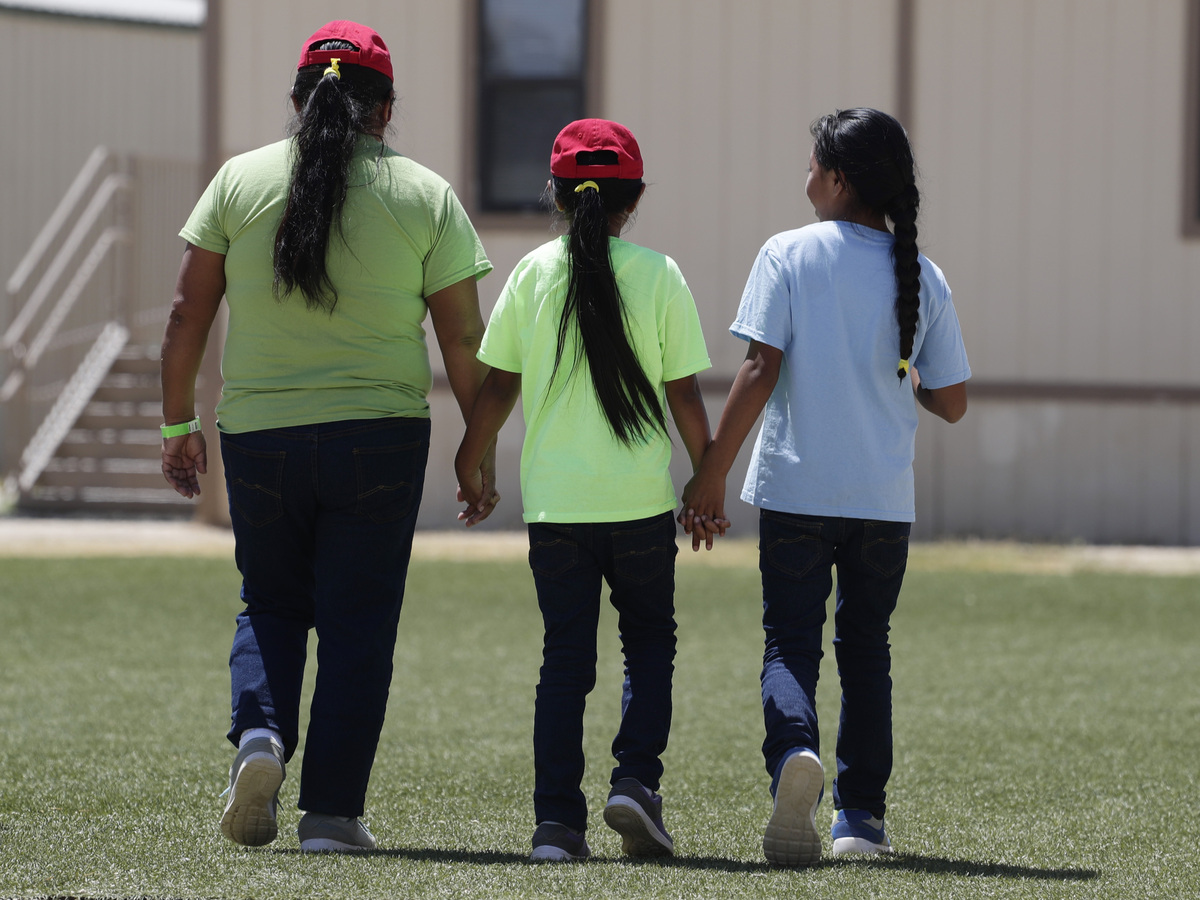 Immigrants seeking asylum hold hands as they leave a cafeteria at the ICE South Texas Family Residential Center. Independent inspectors told the judge that COVID-19 tests at the centers and the infection rates in the counties where the Texas facilities are located are cause for concern.

Citing the unrelenting spread of the coronavirus, a federal judge has ordered that all children currently held in ICE custody for more than 20 days must be released by July 17.

Judge Dolly Gee of California issued the scathing order Friday afternoon saying the Trump administration had failed to provide even the most basic health protections for children and their families amid the pandemic.

She described the ICE-operated facilities as being “on fire,” adding that “there is no more time for half measures.”

“Although progress has been made, the Court is not surprised that COVID19 has arrived at both the [Family Residential Centers] and [Office of Refugee Resettlement] facilities, as health professionals have warned all along,” Gee wrote.

The order applies to all three of the family detention facilities in the U.S. Two are located in Texas and a third is in Pennsylvania, as well as shelters housing unaccompanied minors.

As of June 25, at least 11 people at a family detention center in Karnes City, Texas, have been diagnosed with COVID-19, according to an independent report filed with the court. Four employees at another facility in Dilley — about 90 miles away — have also tested positive for the respiratory illness, and test results for residents there remain pending.

Meanwhile, an independent monitor and a physician who inspected ICE’s family detention centers reported earlier this month that given the infection rates in the counties where the Texas facilities are located, there is “even more cause for concern.”

Court documents show that as of June 8 there were 124 children in the three detention centers housed alongside family members. Another 507 children were in ORR shelters as of June 7.

The order essentially forces ICE to adhere to existing laws established in the Florence Settlement Agreement, which limits how long minors can be held in ICE custody.

Holly Cooper, co-director of the University of California, Davis Immigration Law Clinic and one of the lawyers representing Flores agreement class members, is elated by the latest ruling.

She says Gee’s decision could lead to the long-awaited the release of entire families. Some of whom have been living in which she called “horrific conditions” for more than a year.

Until now, ICE has been reluctant to release children held in family detention centers “because in order to do it in a humane way, they have to release the child with a parent,” Cooper said.

Instead, the Trump administration has offered families a binary choice: stay together in detention or allow the children to be transferred to a sponsor or family member somewhere in the U.S.

The problem is “ICE makes a real horrible guardian of children … and so far ICE has opted to keep children detained … during a global pandemic,” Cooper said.