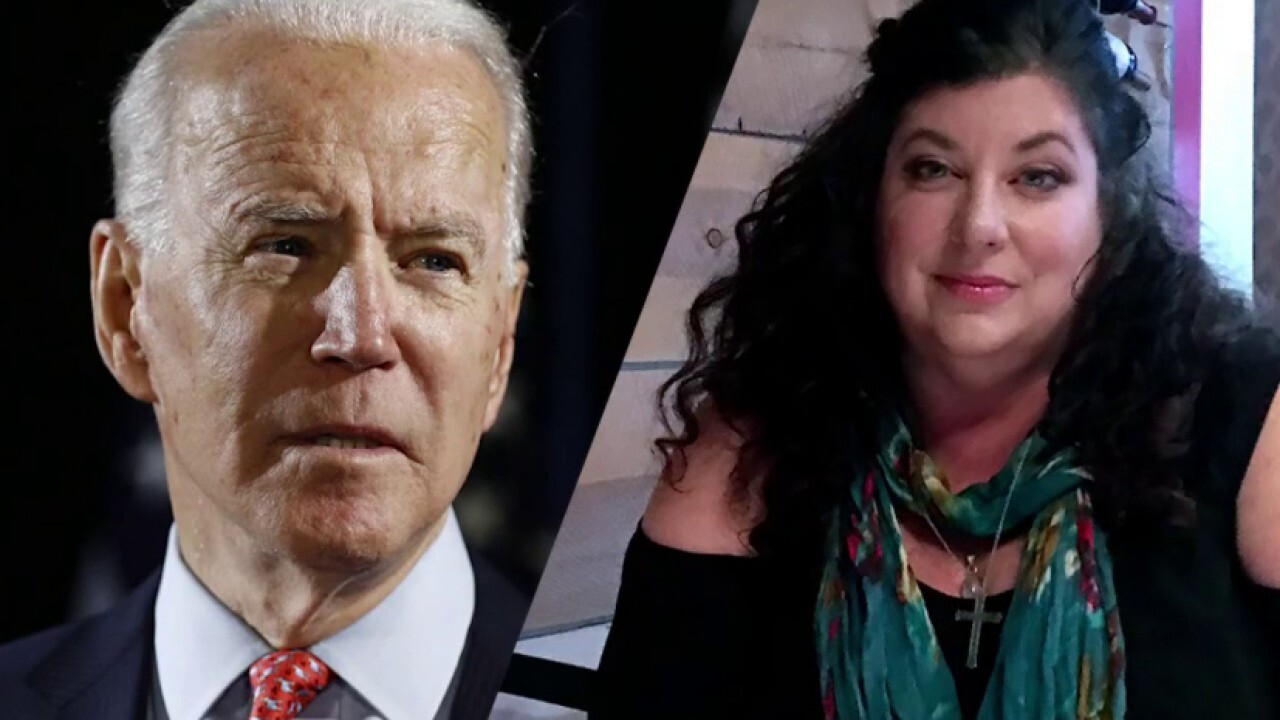 President Trump – who has been accused by at least 25 women of sexual misconduct and was recorded in 2005 boasting about how women allow him to “grab them by” their genitals – is now being portrayed by his team as a better choice for female voters than former Vice President Joe Biden.

Give me a break.

Trump has vehemently denied all the sexual misconduct allegations against him, which range from harassment to sexual assault, going back to the 1970s. He has dismissed his 2005 comments that were recorded unbeknownst to him by an “Access Hollywood” TV crew as “locker room banter.”

Now Biden faces a sexual assault allegation made in March by Tara Reade, who worked in his Senate office in 1993. Biden has denied that one allegation as vehemently as Trump has denied the far more numerous allegations against him.

I do know that Trump has a very public history of being disrespectful to women and insulting them, as well as taking positions denying women the right to choose abortion.

And I know that Biden has a history of getting a bit too close for comfort for some women in public settings by being overly affectionate. But his hugs and kisses on the cheek – even when inappropriate and indefensible – hardly qualify as sexual assault.

Importantly, on issues of women’s rights and on advocating for policies and laws beneficial to women there is no comparison between Biden and Trump – Biden’s record is far, far better.

So it’s really a bit much for the twice-divorced and thrice-married Trump to paint himself as a paragon of virtue and champion of womankind, standing on high moral ground and looking down at Biden. Trump’s attempt to reinvent himself this way will likely blow up in his face – it’s simply too absurd to be believable. In fact, it’s laughable.

Biden says he thinks he’ll survive the allegations by Reade and win the presidency, just as Trump survived the earlier allegations against him by multiple women to be elected and expects to be reelected.

I think Biden is right about surviving. And all I know about the election is that it will be close.

No one knows for certain if American voters will reelect Trump or elect Biden in November. It all depends on who independent and swing-state voters choose. And, of course, it depends on how many people vote at a time when millions of Americans are staying away from crowds (like you find at polling places) to avoid being infected by the coronavirus.

Why am I so confident Biden won’t be hurt by Tara Reade’s allegation regarding something she claims happened 27 years ago?

And if you look at other polls, the landscape is pretty much the same. Voters are not put off by this allegation enough to say goodbye to the presumptive Democratic nominee.

Second, many voters who believe marital fidelity and morality are major factors in who to support could very well conclude that Biden has a better record here than Trump if they believe allegations against both men are true.

Third, demographics favor Biden. Biden’s electoral base in the Democratic Party is made up of older, white working-class voters and African-Americans.

Biden portrays himself as the friend of working men and women. And he has a strong record of supporting legislation benefitting African-Americans going back decades. In fact, overwhelming support from these voters clinched the Democratic presidential nomination for him.

Biden supporters are unlikely to desert him for Trump based on Reade’s unproven claims.

Fourth, the more progressive Democrats who supported Sen. Bernie Sanders, I-Vt. and other Democrats in primary races against Biden embrace policy positions that are far closer to Biden’s than Trump’s. It’s hard to see many of these Democrats throwing their support to Trump, who opposes just about every policy they favor.

Fifth, Joe Biden promised to select a woman as his running mate, giving us our first female vice president if the Biden ticket is elected. And a woman vice president would become a serious presidential contender once Biden left office, at long last shattering the glass ceiling that Hillary Clinton almost broke through.

Biden has also vowed to appoint the first African-American woman to the Supreme Court.

Many women – and men who care about equal rights – will be more impressed by opening up these high positions to women than they will be about Reade’s unproven claims.

Sixth, a woman running mate will help Biden win in districts where Hillary Clinton lost in 2016. Looking back on the 2016 midterm elections, women played a significant role in the outcome of numerous contests. They were key to flipping battleground districts in California, Virginia and Iowa.

Many women are put off by Trump’s behavior as well as his positions on issues, so this segment of the voting population is Biden’s to lose.

In 2016, 49 percent of college-educated white women supported the Democratic candidates, but in 2018 59 percent did. That’s a 10 percent jump in just two years.

The battle for the White House will be long and hard. Republicans have already started trying to smear Biden with a number of unproven charges in order to tarnish him during this election year.

The negative Trump ad campaigning has already started, while Biden is campaigning from his basement due to restrictions on large gatherings to prevent the spread of the coronavirus.

When voters have to make up their minds on who to support in November, I think the allegations by many women of sexual misconduct by Trump will cancel allegations by one woman against Biden.

Other issues – most prominently Trump’s horrible mishandling of the U.S. response to the coronavirus pandemic and the state of our economy in November – will play a bigger role in determining who leads our nation for the next four years.