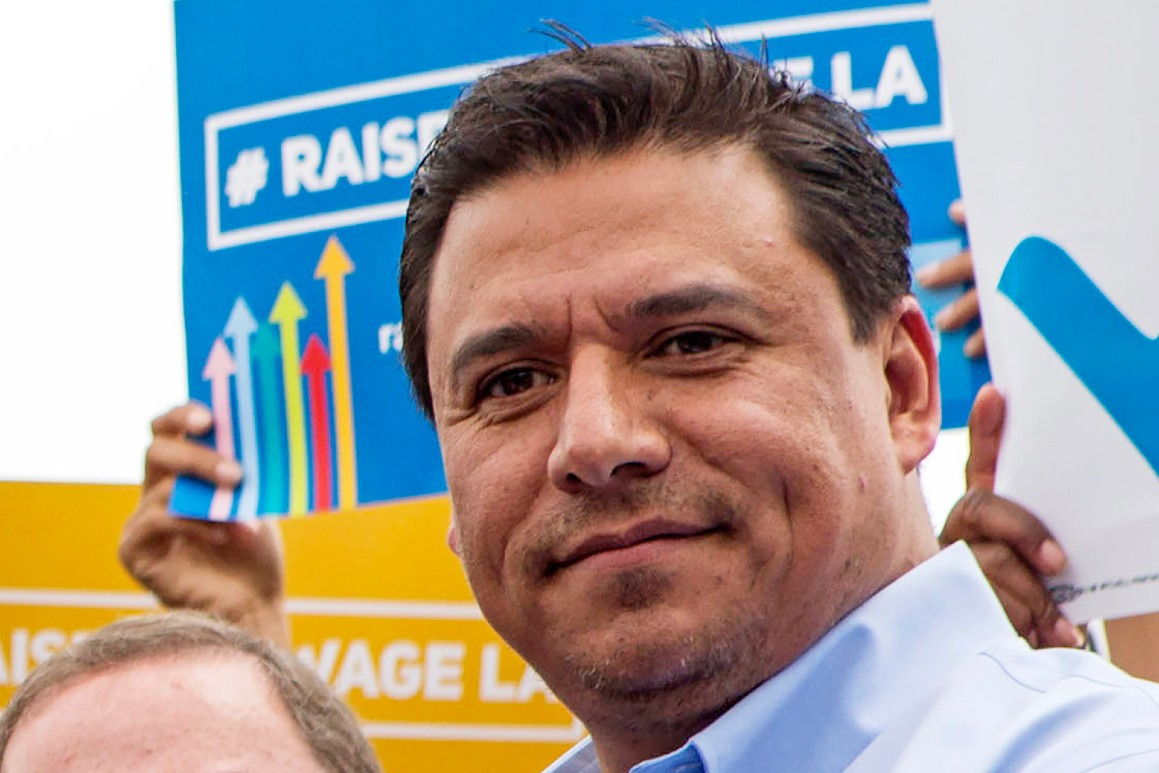 City Councilman Jose Huizar, who has been under the cloud of a federal corruption investigation, was arrested June 23, the FBI said. | (AP Photo/Ringo H.W. Chiu)

Prosecutors believe Huizar and his associates solicited bribes and other financial perks like trips to Las Vegas from people with business before City Hall and, in return, helped those benefactors advance real estate projects. Among the benefits Huizar is alleged to have accepted is some $600,000 worth of collateral to settle a sexual harassment lawsuit.

“This case pulled back the curtain on rampant corruption at City Hall,” United States Attorney Nick Hanna said in a statement. “Councilman Huizar violated the public trust to a staggering degree, allegedly soliciting and accepting hundreds of thousands of dollars in bribes from multiple sources over many years.”

An attorney for Huizar, Mary Carter Andrues, said in a statement that he “intends to respond to the government’s allegations in court.”

“He firmly believes that these matters should be handled in a court of law and not in the media. Councilman Huizar requests that the press respect the privacy of his family and children,” Andrues said.

A sworn FBI affidavit places Huizar at the center of a years-long, pay-to-play scheme in which financial benefits and political favors flowed back and forth between Huizar’s orbit and real estate developers, primarily Chinese individuals, with projects in Los Angeles. Prosecutors dubbed the scheme Operation Casino Loyale.

Prosecutors believe that Huizar and his associates received cash, including contributions to his reelection campaign, and a glittering menu of luxury hotel stays, sumptuous meals and tickets to events, which they sought to conceal from the government — including by making false statements on a loan application and stashing $129,000 at Huizar’s residence, which FBI agents found hidden in a closet during a search.

In return, Huizar allegedly filed motions or voted to advance his benefactors’ projects while pressuring other city officials, labor unions and developers to aid the real estate developments. The events unfolded as Huizar’s district was experiencing a “historical real estate boom,” the affidavit alleges, and Huizar was positioned to enrich himself because he headed the city’s planning and land use committee. A prominent Chinese billionaire real estate developer who wanted to build the tallest building west of the Mississippi allegedly provided some $800,000 worth of financial benefits to Huizar.

“Mr Huizar was able to provide preferential treatment to those who paid because most of the development in recent years was centered in his district,” Hanna said in a press conference. “He decided which projects lived and which projects died.”

The affidavit details Huizar seeking campaign contribution pledges from developers with pending business before the committee. He allegedly presented resolutions praising business executives who had contributed money, and sought to communicate that developers who did not comply could see their projects undermined.

The federal case also alleges that Huizar used the scheme to try and elect a relative to succeed him on the City Council as Huizar eyed citywide office, which the affidavit depicts as an effort to perpetuate the scheme in a way that kept Huizar in power and maintained the flow of money. Huizar and his associates allegedly set up a political action committee to boost the relative and then sought donations.

The federal investigation had already ensnared four other people. They included former Los Angeles City Council Member Mitch Englander, as well as a former Huizar staffer, George Esparza, who this year was serving as chief of staff to Assemblymember Wendy Carrillo (D-Boyle Heights) but no longer works for the Assembly.

Englander has agreed to plead guilty to obstructing a federal investigation. Esparza pleaded guilty earlier this year, admitting to a running scheme to trade favors from people with business before City Hall for political support.

The investigation targeting Huizar and his associates has long cast a shadow over Los Angeles City Hall. City Council President Nury Martinez said the arrest was “not unexpected,” likening the probe to “a dark cloud over our City government” and she said she would remove him from office.

“That is our duty and we must do it,” Martinez said in a statement.