Appearing on “The Ingraham Angle” with host Laura Ingraham, Patrick called Cuomo a “fraud” when it comes to his governing and handling of the COVID-19 pandemic, citing an exorbitant number of deaths amongst seniors living in New York nursing homes or long-term care facilities.

GOV. CUOMO DEFENDS CORONAVIRUS CLOSURES: ‘WE DID IT RIGHT, WE DID IT SMART’

“He had about 6,000 people die in nursing homes. We’ve had less than a thousand — and that’s on top of the other people who have died in New York,” Patrick exclaimed. “He short-changed the people of New York and he cost people their lives.

“And, how dare ]Cuomo] go on and point his finger at any other governor [in] any other state for what he did,” he added. “He killed people in New York. And, I’ll say it clearly: because of his policies of shipping people to nursing homes.” 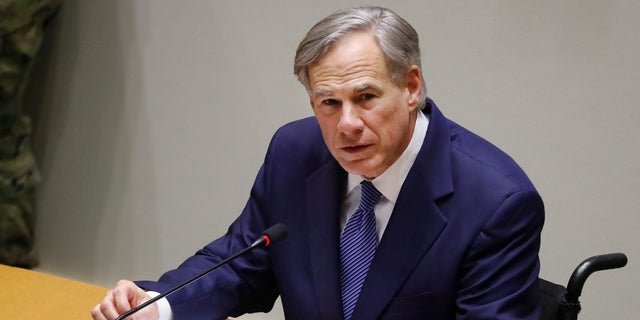 In Texas, however, a sudden rise in cases has forced Republican Gov. Gregg Abbott — alongside the governors of other hard-hit early-open states like Florida and Arizona — to pause their reopening plans. Abbott has also put a hold on elective surgeries to make sure there is plenty of room for new cases in hospitals and medical centers.

According to The Washington Post, Texas alone reported a record 5,996 new cases on Thursday — along with a record high for hospitalizations — and the state’s rolling average has jumped by 340 percent since Memorial Day.

Patrick confirmed that while Texas has seen a spike in cases, it was expected because they’re now testing almost 35,000 people every day in 254 counties.

“So, we expected those numbers to go up. Our hospitalizations are up…The good news is we’re not seeing it translate to the ICU unit or into fatalities,” he remarked.

Patrick told Ingraham that while numbers are high there is still a lot to be “very optimistic about,” including that now mainly younger people are coming into hospitals, not going to ICU units, and leaving in half of the time that they were staying back in March.

“But, we’re not stepping backward,” Patrick asserted. “And, our ‘pause’ button that we’ve taken here, Laura, we’re already 75 percent open in our restaurants, 50 percent in almost every business. People are out there and about. It’s one of the reasons the cases are up with young people.

“But, that ‘s been the big reason for the spike. And, just to close the loop on the ICU cases: when they say in Texas, ‘Well, it’s 90-95 percent full.’ That’s with non-COVID patients. So, as those cases end, we have plenty of room — plenty of room for COVID patients,” he assured.