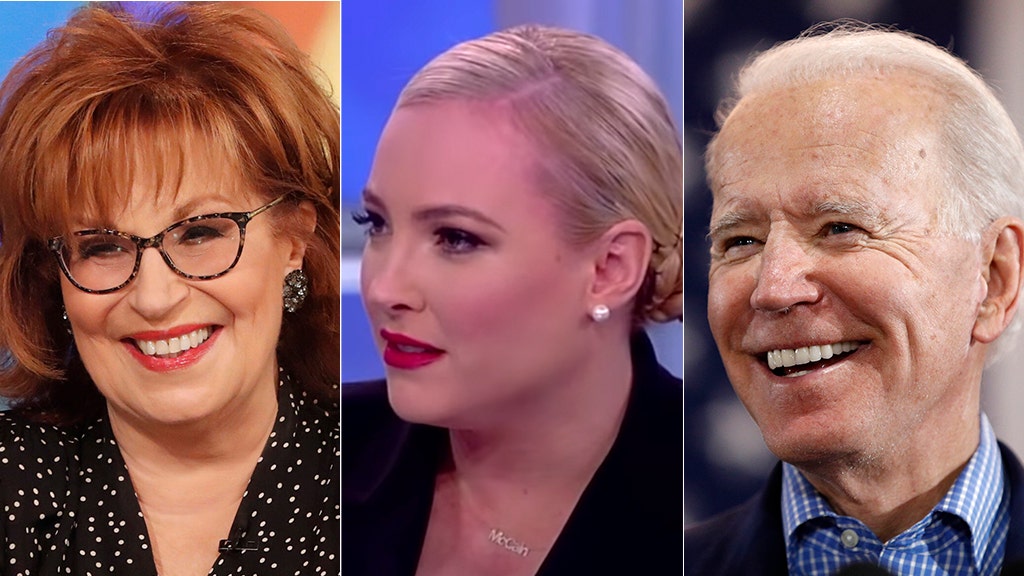 “The View” co-hosts Meghan McCain and Joy Behar openly pushed for their show to host former Vice President Joe Biden so that he could gain some exposure in the race against President Trump.

“He does need more exposure, I’ll give him that,” Behar said of Biden on Friday. “I mean, this guy’s on every night bloviating for two, three hours, taking questions, making up stories,” she added, referring to President Trump.

“Biden could use a little air time and I think that the media should start giving it to him, starting with us. We should have him here on a regular basis.”

McCain similarly lamented the fact that because of the coronavirus, Biden couldn’t exercise his charisma on the campaign trail.

“My big concern is just his inability to campaign right now, and there’s nothing we can do about that except, as you pointed out Joy, continue to interview him, continue to put him on our air as we would any candidate,” she said.  “Right,” Behar and co-host Whoopi Goldberg responded.

McCain had also praised Biden as a politician who could heal the country during a time of partisanship and pain.

“I think it’s difficult right now because obviously his — his huge strength is his retail politics,” she said.

“I have yet to meet anyone who has met and interacted with this man in person and didn’t come away saying — I may disagree with some of his politics, but he’s a really authentic person, and that is a huge gift and a huge asset to the Biden campaign, and with the coronavirus, he’s unable to do that right now. I do think, you know, he’s talking about announcing his cabinet early, and the people he’s going to choose, and I actually think this could be really interesting and provocative because if we all know Joe, and all of us on this show do, I actually think it has the potential to be a really bipartisan cabinet … We could see Republicans and Democrats and independents in this cabinet, and I do think to Joy’s point, this country is in a lot of pain, and if there’s one thing that I’m constantly striving for, it’s for us to be meeting in the middle and celebrating the things that unite us as a country,” she added.

“We’re in the middle of one of the great crises of my lifetime, of all of our lifetimes, and I do think a president who has character and empathy is something that most Americans are longing for, and I think the worse these job numbers get, the worse the unemployment numbers get, I think the more he has to benefit from this.”

It’s no secret that “The View” co-hosts favor Biden over Trump. The show has consistently bashed him without a regular, pro-Trump voice, during the 2020 election cycle.