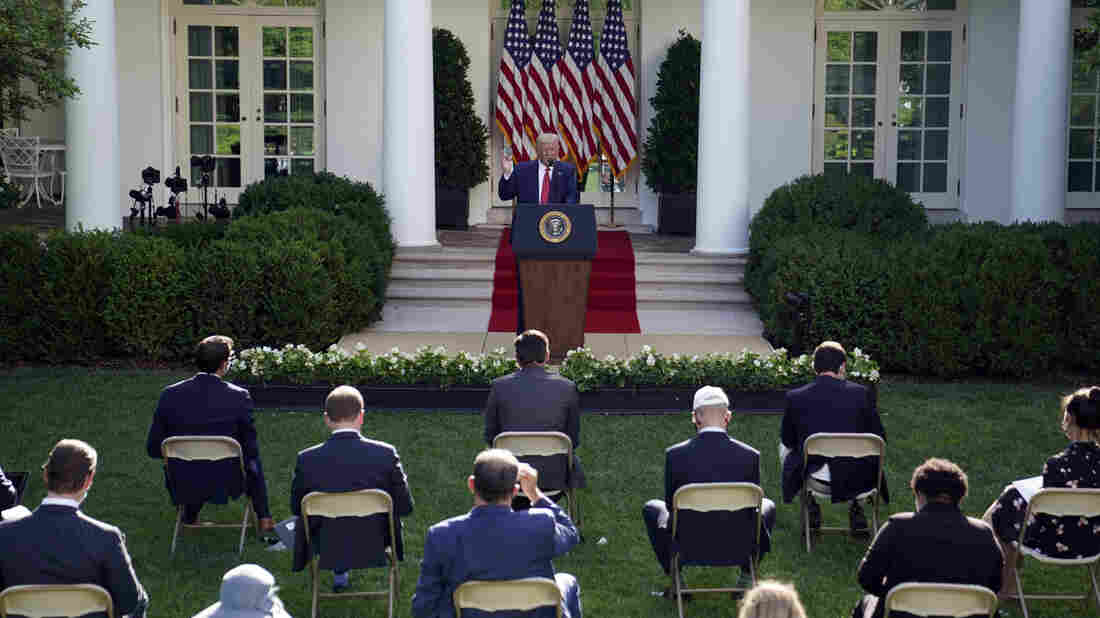 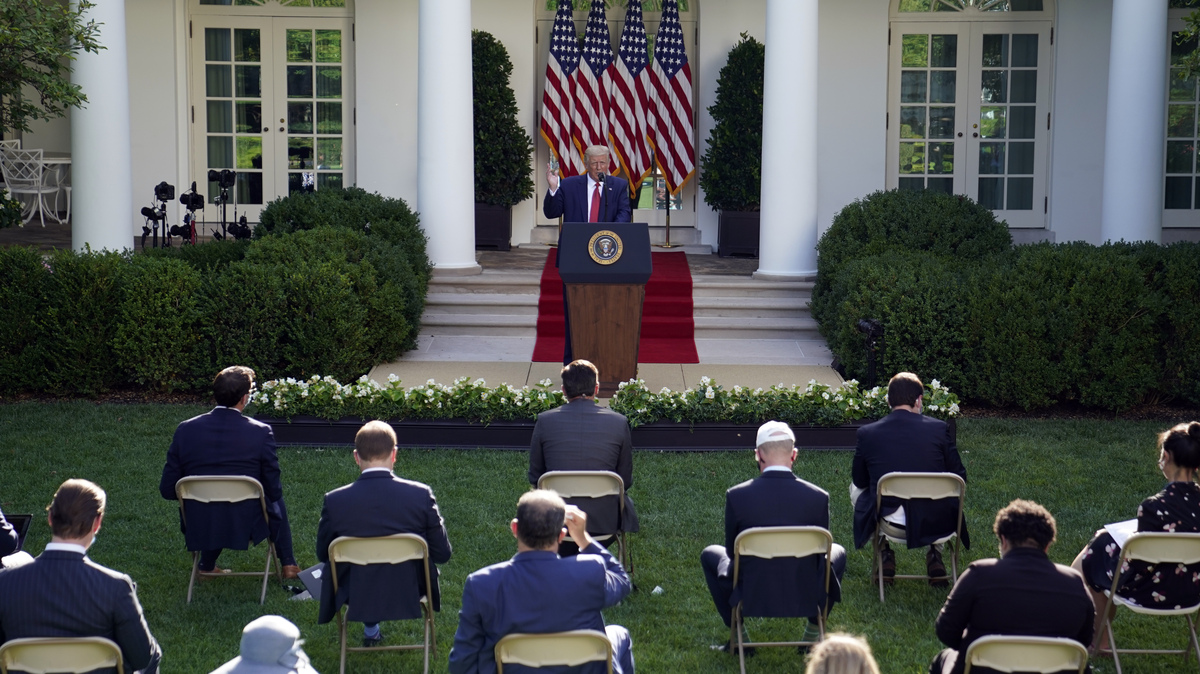 President Trump like his predecessors, often uses the Rose Garden for ceremonies and news conferences.

There are many rose gardens but in Washington, D.C. at least, there is only one capital-R capital-G Rose Garden.

The Trump administration announced that it is undertaking a “significant renewal” of the Rose Garden, just outside of the West Wing of the White House.

The work is expected to be completed later this summer. The project is being overseen by First Lady Melania Trump, much as one of her predecessors, Jackie Kennedy, helped design the garden as it exists today.

“The very act of planting a garden involves hard work and hope in the possibility of a bright future,” Melania Trump said in announcing the work.

McLaurin says President John F. Kennedy wanted “an outdoor room to the White House where he could have events which are very familiar to us now.”

At the time of the initial design in 1961, there were flowers as well as vegetables in the space.

“President Kennedy was the first to envision that row of steps that we are now familiar with, where the president will come out of the Oval Office and address people or participate in a ceremony,” McLaurin says.

There had been other gardens at the site, at least as far back as President Theodore Roosevelt. First Lady Edith Wilson reworked the site to include roses.

When Kennedy became president, McLaurin says, he called on a family friend, Rachel Lambert “Bunny” Mellon, to help with the design.

“They pirated some saucer magnolias from down by the Jefferson Memorial and brought those to the White House. It’s just become a wonderful space.”

McLaurin says there have been eight state dinners in the Rose Garden since the Johnson Administration. 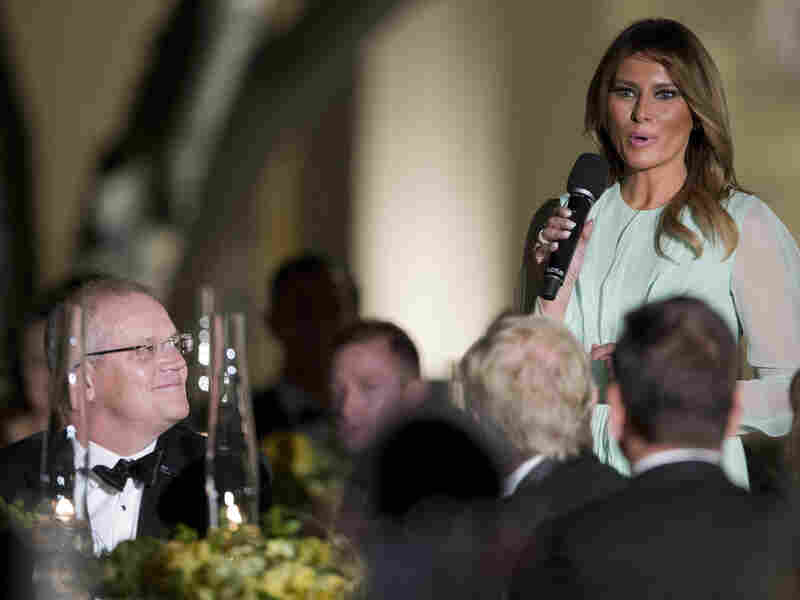 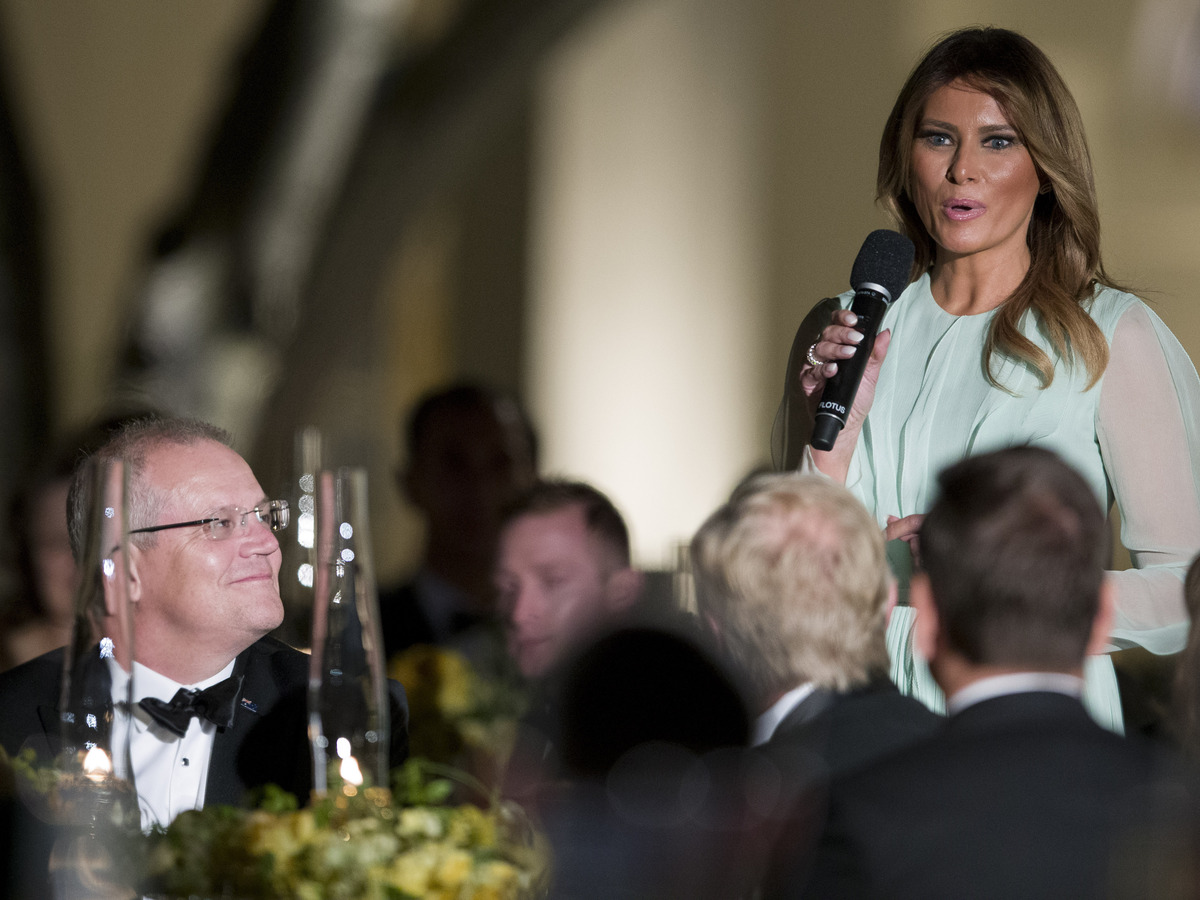 The most recent state dinner was hosted by President Trump for his Australian counterpart. Trump has made frequent use of the garden for bill signings, COVID-19 briefings and news conferences. He is said to favor the outdoor lighting.

Chapman University political science professor Lori Cox Han, who has written about women and politics, says the Rose Garden project is a chance for the White House to highlight Melania Trump’s role.

“This is an opportunity for her to do something that’s very traditional for a first lady, because Rose Gardens really are connected to first ladies, probably, maybe even more than how presidents use them, Cox Han says.

“This is an opportunity for her to to get some attention for something that is probably mostly uncontroversial — although where the Trump presidency is concerned, everything seems to have some controversy, depending on who you’re talking to.”

One goal for the renovation Melania Trump is overseeing includes making the garden compliant with the Americans with Disabilities act. There will be drainage improvements, and new lighting, as well as better connections for broadcast coverage of events there.