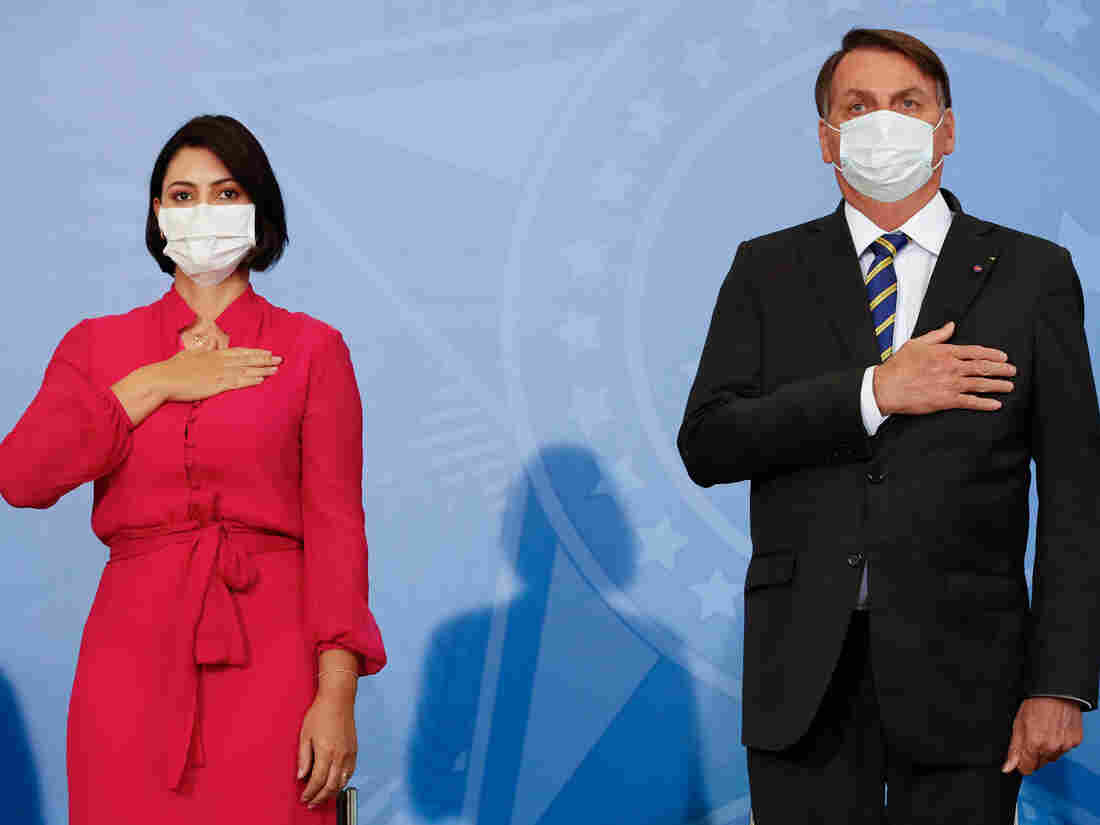 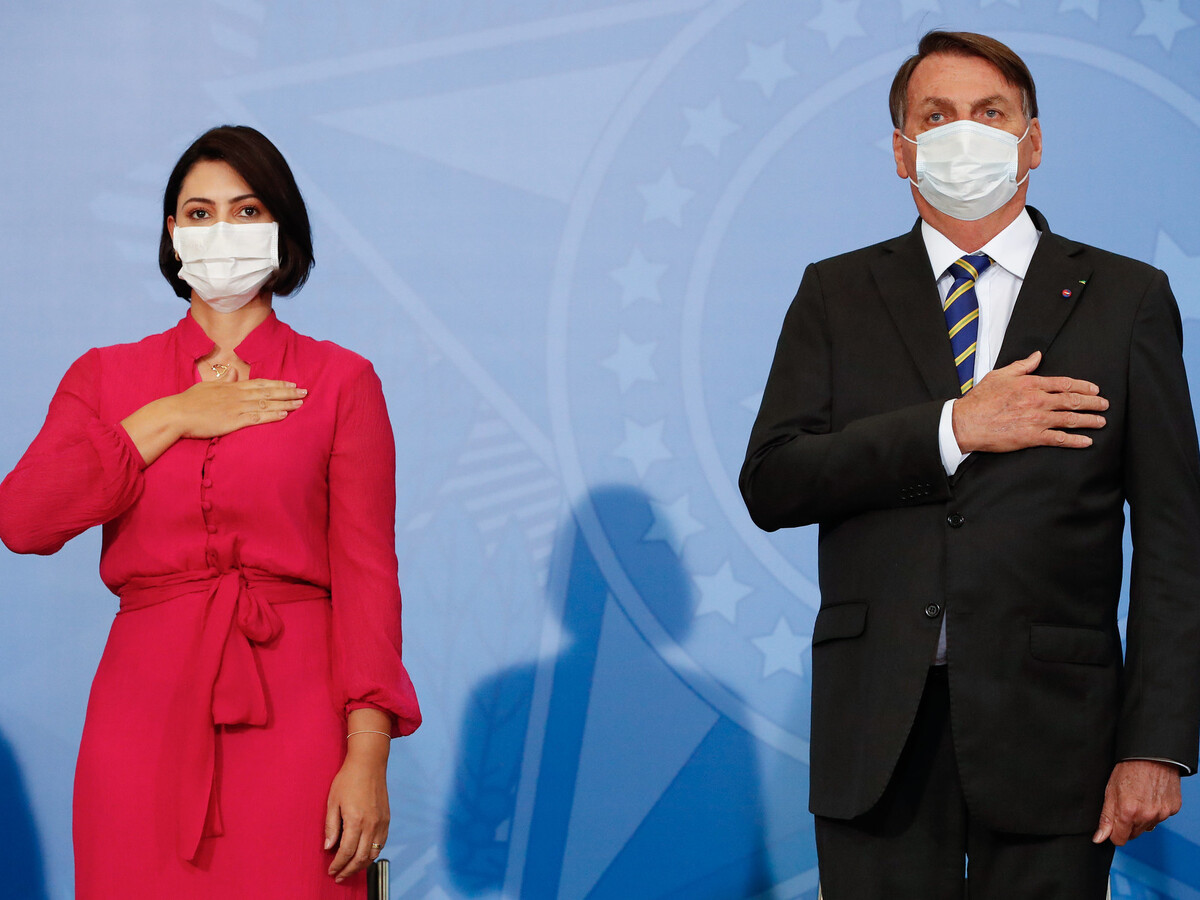 Michelle Bolsonaro tested positive on Thursday — days after her husband, Brazilian President Jair Bolsonaro, said he had recovered from the disease. The pair are seen here at an event on Wednesday.

Brazilian first lady Michelle Bolsonaro tested positive for the coronavirus on Thursday, according to the office of President Jair Bolsonaro, days after her husband said he had recovered from the disease.

“She is in a state of good health and will follow all established protocols,” the Planalto Palace, the president’s official residence, said in a brief notice to the media.

The first lady is being looked after by a presidential medical team, the Planalto Palace added.

Just 24 hours ago, Michelle Bolsonaro attended a public event in Brasilia with her husband, wearing a mask as she delivered remarks about a rights initiative for women in rural and indigenous communities.

Brazil is now reporting more than 2.5 million coronavirus cases — second only to the U.S., according to data compiled by Johns Hopkins University. COVID-19 has killed more than 90,000 people in Brazil.

Despite those sobering numbers, the Bolsonaro government announced it is lifting its international air travel ban on foreign tourists, which had stood for four months. Visitors can stay for up to 90 days and they must have “medical insurance coverage for the duration of their stay,” according to a bulletin posted Thursday by the International Air Transport Association.

Brazil’s president has been one of the world’s loudest skeptics about the coronavirus, saying the threat of the COVID-19 pandemic is “exaggerated.” He also sharply criticized any local or state officials who imposed restrictions.

Jair Bolsonaro tested positive for the coronavirus early this month after weeks of consistently downplaying the threat. As he spoke with reporters about his diagnosis, he backed away from them and removed his face mask — an act that prompted a journalists group to file a lawsuit against him.

Days before he tested positive, Bolsonaro signed a national face mask mandate into law, requiring protective masks in both public and private spaces due to the pandemic.