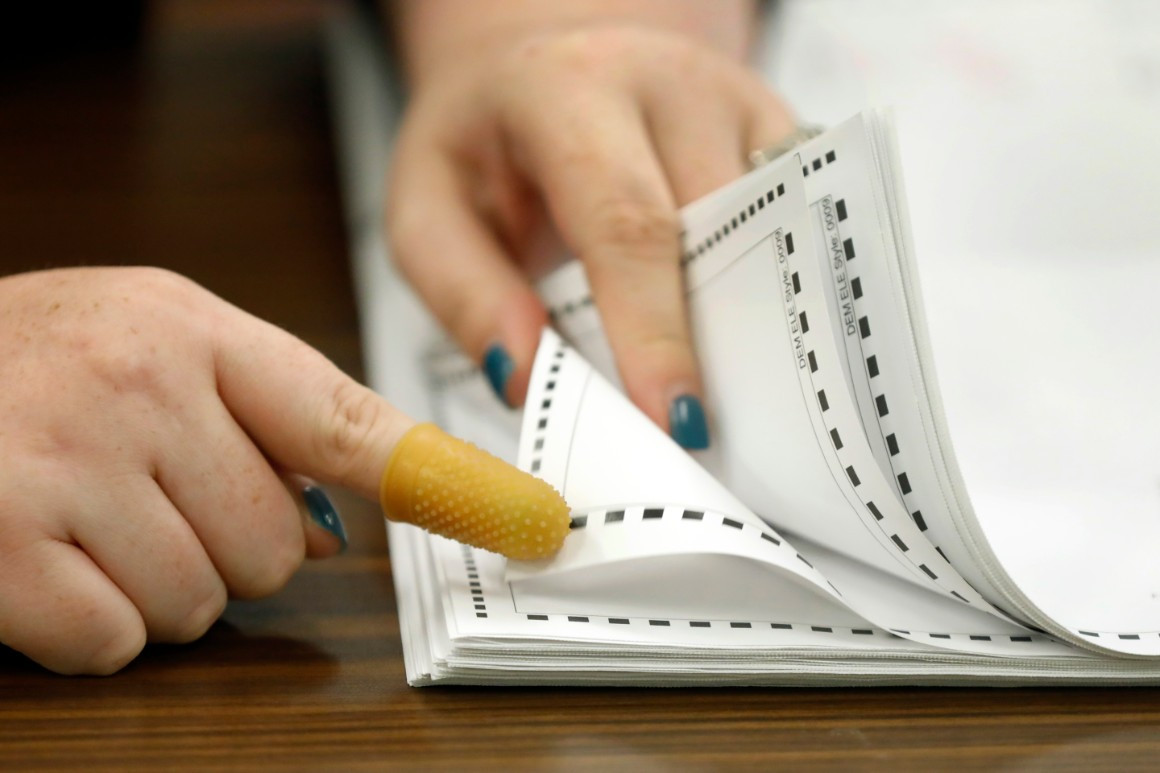 ALBANY — Don’t hold your breath waiting for final results in the close congressional and Assembly primaries in New York City.

The process of counting absentee ballots won’t begin for another week, New York City Board of Elections executive director Michael Ryan announced at the end of a board meeting on Tuesday afternoon.

The delay means results will not be official any time soon in the closely watched House primary in which Jamaal Bowman appears to have defeated longtime incumbent Rep. Eliot Engel in New York’s 16th congressional district. Likewise in the race between another longtime incumbent, Rep. Carolyn Maloney, and her challenger, Suraj Patel, in the 12th congressional district.

Results in a number of state Assembly seats will be similarly delayed.

Staten Island will begin counting votes on Monday and the remaining four boroughs will start on July 8, Ryan said.

The city board, like its equivalents throughout the state, has been swamped with an unprecedented volume of absentee ballots and is currently working on sorting through them. Final totals for the number of mailed in-ballots should be available later this week. Ryan said that “more than 10 times” the number of such ballots expected under normal circumstances had been sent out.

“Our staff in the boroughs are working diligently to organize all of this paper so that when the process commences it will commence in an orderly fashion,” Ryan said. “If we have to sacrifice speed for accuracy, we will always err on the side of accuracy and not give into the pressure to speed things up. Because speeding things up can lead to errors and errors lead to undermining confidence in the elections process and perhaps an unfair result.”