With an abundance of absentee ballots to count, the results in many of the contests from New York’s Tuesday primaries remain far from final. But the partial returns clearly indicate strong showings by progressive candidates in Democratic congressional primary elections in and around New York City.

Riding a wave of support in recent weeks from the biggest names on the left — Sens. Bernie Sanders of Vermont and Elizabeth Warren of Massachusetts, and first-term Rep. Alexandria Ocasio-Cortez of New York — Bowman was ahead of Engel by more than 25 percentage points, according to unofficial and incomplete results from the primary in New York’s 16th Congressional District, which encompasses parts of the Bronx in New York City and portions of neighboring southern Westchester County.

Bowman took to Twitter on Wednesday to say he “can’t wait to get to DC and cause problems for those maintaining the status quo.”

Engel has served in Congress for over three decades and is the powerful chairman of the House Foreign Relations Committee. But the incumbent came under attack the past couple of months for spending more time at his home in Potomac, Md., than at his apartment in the Bronx. And recently he was put on the defensive after he was captured on a live microphone suggesting that “if I didn’t have a primary, I wouldn’t care” about speaking at an event in his congressional district.

THE LATEST FOX NEWS ON THE 2020 ELECTIONS

Bowman, who is black, started surging past Engel, who is white, over the past month amid nationwide protests over police brutality toward minorities and systemic racism sparked by the death of George Floyd, a black man who died while in police custody in Minneapolis, Minn. 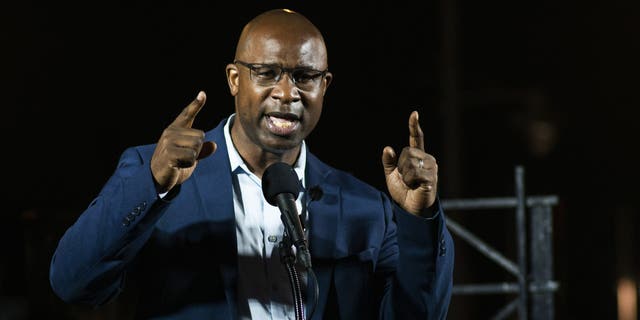 House Oversight Committee chair Rep. Carolyn Maloney, who’s served in Congress for a quarter-century, is also fighting for her political life. Maloney – who represents New York’s 12th Congressional District, which includes parts of the New York City boroughs of Manhattan, Brooklyn and Queens — is clinging to a narrow lead over progressive challenger Suraj Patel. In 2018, Maloney easily brushed back a challenge by Patel, a 36-year-old hotel executive and former Obama campaign staffer who has touted his support for the Green New Deal and Medicare for All.

In New York’s 15th Congressional District, where Democratic Rep. José E. Serrano is retiring after three decades in Congress, New York City Councilman Ritchie Torres, the first openly gay person to win elected office in the Bronx, is in the lead as the votes are counted in a whopping 12 candidate primary field.

And Ocasio-Cortez — who faced a spirited primary challenge from former CNBC anchor Michelle Caruso-Cabrera, who enjoyed the support from parts of New York’ City’s business community — crushed her more moderate opponent in primary in the 14th Congressional District, which includes parts of the Bronx and Queens.

Many of these insurgent challengers and candidates were supported by liberal groups, including the Progressive Change Campaign Committee (PCCC).

“We are proud to have raised over $115,000 in grassroots contributions for candidates on the ballot yesterday, a true testament to the energy behind progressive candidates in this moment,” PCCC spokesperson Maria Langholz told Fox News.

And she predicted that “Mondaire and Bowman will be close allies to AOC in Congress, and will be strong leaders on key priorities like a Green New Deal, Medicare for All, and holding massive corporations accountable.”

The surge by these progressive candidates came amid nationwide demonstrations the past month protesting police brutality directed at minorities and systemic racism sparked by the death of George Floyd, a black man who died at the hands of police in Minnesota.

“Timing is everything in politics,” emphasized Jessica Taylor of the Cook Report, a leading nonpartisan political handicapper. “The national mood is in the favor of some of these progressive candidates.”

The timing of the primaries may have also played a role in the results. New York was originally scheduled to hold their primary in late April, but the contests were pushed back due to health concerns over in-person voting amid the coronavirus pandemic.

And geography may also be favoring the progressive contenders.

“These are ultimately safe Democratic seats and are more ripe for progressive challengers,” Taylor noted. “These are safe districts for liberals to make their mark.”