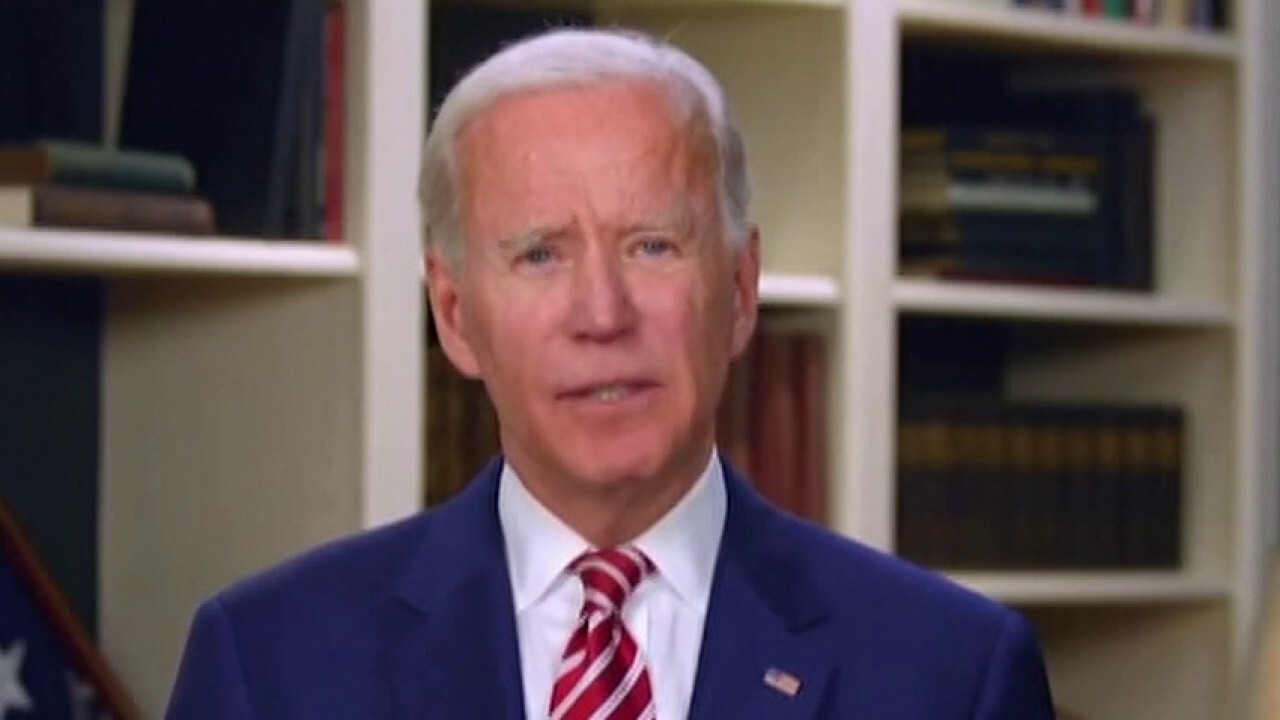 Black Americans face many problems today – disproportionate deaths and job losses caused by the coronavirus pandemic, a higher poverty rate, continuing discrimination, substandard housing and schools in many cities, and much more. But alleged racism by former Vice President Joe Biden isn’t one of our problems.

Unfortunately, a rhetorical slip by Biden in an interview with a black radio talk show host Friday is being blown out of all proportion by supporters of President Trump in an effort to score political points. The Trump supporters think black people aren’t smart enough to realize Biden’s poor choice of words was a largely insignificant incident.

JOE BIDEN EXPRESSES REGRET OVER ‘YOU AIN’T BLACK’ COMMENTS: ‘I SHOULDN’T HAVE BEEN SO CAVALIER’

We know that former Vice President Biden is no stranger to the black community. We know he has spent years working on issues that black voters care a great deal about, including voting rights, investments in public education, and ending the injustices facing communities of color.

We know that Biden is not a racist. Not only has he stood in the gap for civil and human rights, but he spent eight years working side-by-side with the first African-American president – Barack Obama – to build a legacy of decency, respect, and economic stability.

Vice President Biden is the presumptive Democratic nominee because black voters know him, his record, and his commitment to making our country more fair and just.

Beyond that, the Biden campaign is clearly extremely committed to engaging with and answering questions from black-owned and operated media, like “The Breakfast Club” program where he was interviewed Friday.

During Biden’s 18-minute interview with Charlemagne tha God, Biden responded to every question. He discussed some of his plans for black America including restoring voting rights, raising wages, and increasing access to high-quality health care. He also discussed his intent to consider a woman of color as his running mate.

Biden’s mistake, which he later apologized for, was to tell Charlemagne – in a poor attempt at humor: “I tell you if you have a problem figuring out whether you’re for me or Trump, then you ain’t black.”

Biden shouldn’t have made the comment, and he apologized for it later in the day, saying: “I shouldn’t have been such a wise guy …. No one should have to vote for any party, based on their race or religion or background.”

Biden is right about that. But to say his poor attempt at humor erases his sterling record on issues important to black people over many decades is ridiculous.

Does the former vice president have some blemishes on his record when dealing with the black community? Of course.

Does Trump have blemishes – make that gaping holes – on his record on black issues as well? Yes, and his shortcoming dwarf Biden’s.

Should Biden apologize for writing the 1994 crime bill and ushering in a new wave of harsh policing and mass incarceration? Absolutely, and in the future he must do better.

Should Trump apologize for his far worse actions? You bet, but don’t expect to ever hear an apology cross the president’s lips. He wants us to believe he has never made a mistake and never done anything wrong.

Black voters are extraordinarily pragmatic and are not going to be swayed to change their votes by an inappropriate comment from the former vice president on a radio show.

These voters, just like most Americans, are examining candidates and their records to see who can best lead this nation, especially during the COVID-19 crisis and recovery.

Both the Biden and Trump campaigns could benefit from engaging black America more comprehensively, and this current pandemic crisis demands it.

Presidential elections are about contrast – one candidate against another. As of today, the difference couldn’t be more apparent.

Yes, Biden has made several missteps in his choice of words and his past policy positions, but the past three months of Trump’s incompetent mishandling of the coronavirus crisis will carry more weight in voters’ minds than Biden’s fumbled choice of words.

During this crisis, we have witnessed the dangerous combination of ineffective leadership by Trump and stifling social inequities and how this impacts American lives.

As a member of the African-American community, I am the creator and gatekeeper of my own blackness. Biden’s social faux pas does not define my sense of blackness or my sense of self.

It is much more important for us to focus on all of the death and societal panic that have resulted from the Trump administration and its lack of coronavirus tests, its failure to provide adequate amounts of personal protective equipment for health care workers, and its mindless rush to reopen America without consideration for scientific guidance or flattening the curve of COVID-19 rates.

These poll numbers make it abundantly clear that voters are far more concerned about a global pandemic than they are about a 30-second viral clip of Biden’s poorly stated comment.

The Trump team’s desperate attempt to magnify Biden’s verbal misstep into a major campaign issue is laughable. Black voters are too smart to fall for this distraction.