The disclosure of the bounty program has highlighted emerging frictions between the U.S. and Russia in other areas, including in Syria.

For years, the two countries have at times supported opposing sides in the long-running civil war — with Moscow propping up Syrian President Bashar al Assad and Washington eventually supporting Kurdish fighters who have pushed for de facto autonomy from the regime. Yet over the course of the war, the U.S. and Russian militaries have communicated regularly in order to deconflict their respective forces on the crowded Syrian battle space. In the first years of the Trump administration, the White House even pushed the Pentagon to increase cooperation with the Russian military in Syria, three former Trump administration officials said.

The directive was disturbing to some members of the national security community, given that Russia has committed war crimes against civilians in Syria.

“They told us we needed to work with Russia and not just ignore them,” said one of the former officials. “We did it, but limited it to just [deconfliction].”

Clashes between Russian and U.S. forces in Syria have rarely turned violent, with one notable exception. In a bloody four-hour battle in 2018, American commandos killed 200-300 pro-Syrian government forces, including Russian mercenaries from the Wagner Group.

Recently, however, American military leaders in Syria are facing increasingly frequent brushes with Russian troops, according to two U.S. officials and one former U.S. official. Russia is deploying its forces closer and closer to U.S. positions in the Deir Ezzor region of eastern Syria, and the two militaries interact multiple times a week, if not daily, compared to roughly monthly last year, the people said.

So far, the two sides have been able to defuse these incidents without violence, said one U.S. military officer. But one of the U.S. officials said Russia and its Syrian and Iranian partners are trying to pressure the U.S. out of Syria altogether.

For instance, earlier this month, Breaking Defense reported that Russian and American troops had a standoff that lasted for hours in northeast Syria. A U.S. official confirmed the incident to POLITICO but said it was nonviolent. Meanwhile, the Syrian Observatory for Human Rights reported last month that the Russian military was building a new base in northern Syria near the Turkish border. 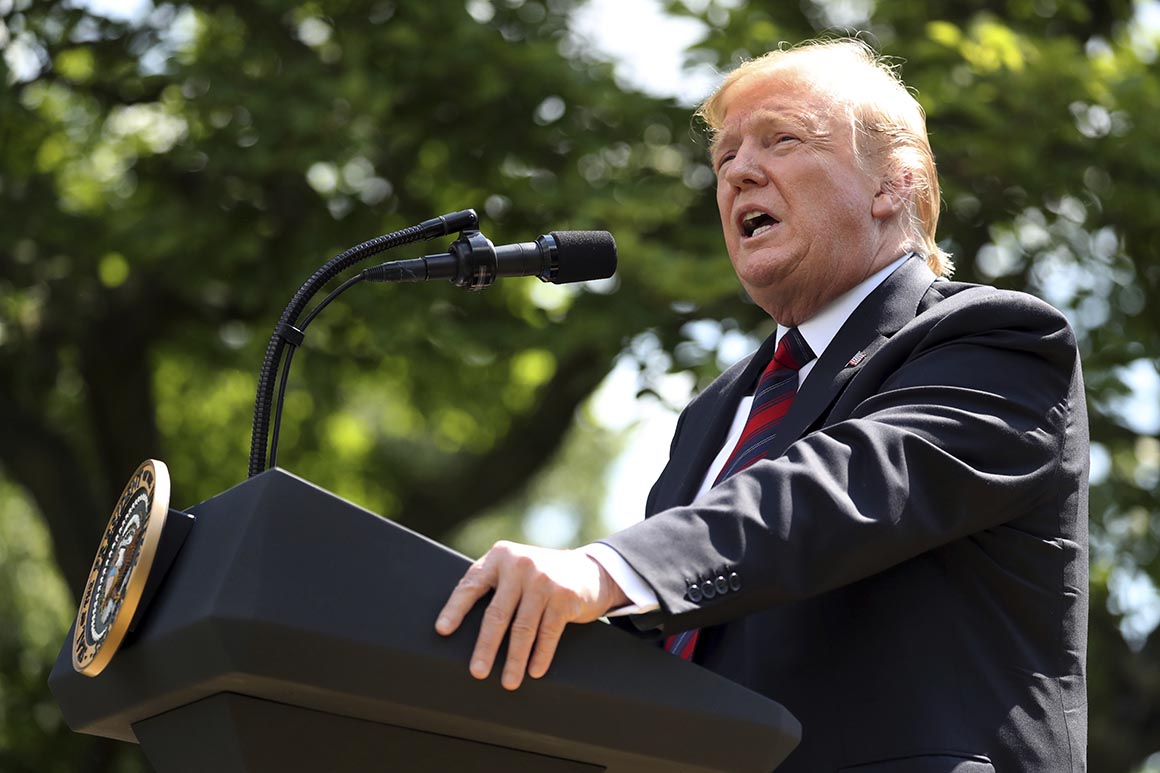 The encroachments in Syria fit into a broader pattern of Russian attempts to test the U.S. commitment to remaining in the broader Middle East. National security experts say the Russian bounty program in Afghanistan is part of that effort.

Like in Syria, the Trump White House initially pushed the Pentagon and intelligence community to engage with the Russians in Afghanistan, said a former Trump defense official. During development of the Pentagon’s South Asia strategy for Afghanistan in 2017, the National Security Council asked defense officials “to look for ways to actively cooperate” with Moscow, particularly in the northern part of the country, the former official said.

“Everyone was like, ‘Whoa, whoa, whoa, we aren’t cooperating with the Russians, that’s crazy,” the former official said. One proposal was to have the Russian military run counterterrorism operations in northern Afghanistan. “DOD had to roll in pretty hard opposing the idea,” the official said.

Until 2015, the NATO coalition had an agreement in place with Moscow on a logistics route through Russia, central Asia and the Caucuses, called the northern distribution network, that carried as much as 40 percent of supplies for the coalition’s operations in Afghanistan. But Russia shut down the route in 2015.

Yet the recent reporting about Russia’s bounty program suggests Moscow is now testing U.S. resolve in Afghanistan, said Doug London, a former CIA officer and non-resident scholar with the Middle East Institute. Absent pushback from the White House, London said, “they will just continue to escalate until checked.”

Intelligence and defense officials have become increasingly embittered about the White House’s approach to Moscow, particularly regarding the repeated request to increase cooperation with the Russian military, according to four former Trump administration officials, several of whom requested anonymity to discuss sensitive operations.

From the beginning, the Trump White House wanted “a reset with Russia,” which included counterterrorism cooperation, said Marc Polymeropoulos, a former CIA official who retired in 2019. Even so, Moscow consistently rebuffed their efforts, he said.

“This was a nonstop request as part of the administration’s oft-stated and well-publicized desire to engage with Moscow,” Polymeropoulos said. “While we once again attempted to engage the Russians, the effort as had always been the case was futile. There was never any gain to the U.S. in this endeavor.”

In the days after Trump’s election, incoming national security adviser Michael Flynn immediately tried to increase cooperation between the U.S. and Russia in the region, with the stated goal of fighting terrorism.

“You know that the strategic goal is stability in the Middle East,” he told then-Russian Ambassador Sergey Kislyak in a conversation about a U.N. Security Council vote on Israeli settlements. “That’s the strategic goal. And, and, you know, between you and I, and you know this, and we know this, you know between Moscow and Washington. We will not achieve stability in the Middle East without working with each other against this radical Islamist crowd. Period.”

Flynn was ousted from the Trump administration in its early days, but his vision of closer cooperation between the U.S. and Russia lived on.

Initially shocked, Pentagon and intelligence officials quickly grew to resent requests for closer cooperation with the Kremlin and to question White House motives, the people said. After an election that the intelligence community determined had seen unprecedented campaign meddling by Russia, officials were especially wary of the new administration and its friendly stance toward Moscow.

“I don’t think the [intelligence community] trusts the White House at all,” said one former Trump administration official. “Not with information, and not to make the right decisions.”

Sign up for Morning Defense, a daily briefing on Washington’s national security apparatus.

Syria is one place where the Pentagon and White House officials have repeatedly clashed.

Senior defense officials twice pushed back on Trump’s efforts to withdraw U.S. forces from northeast Syria, once in late 2018 — prompting the resignation of then-Secretary of Defense James Mattis — and again in October, 2019, enabling a deadly Turkish invasion of Kurdish-held territory and prompting harsh criticism of the administration for abandoning the Kurds. Both times, the national security community eventually succeeded in convincing the White House to maintain a small force there.

Now that Assad has mostly won the war in the rest of the country, he has turned his attention to Kurdish-controlled areas in the eastern part of the country, where several hundred U.S. troops and their Kurdish partners are still fighting ISIS and guarding the region’s rich oil fields. The tactic has led to some of the emerging conflicts between American and Russian troops.

Back in Washington, Trump has mostly lashed out at the media over the recent reports about Russia’s behavior.

Some national security veterans say it reflects Trump’s long-standing rhetorical approach to Moscow. Since the beginning of his presidency, the commander in chief has repeatedly second-guessed and denigrated the intelligence agencies on issues related to Russia, including its meddling in U.S. elections.

Trump has also sometimes responded negatively to information in his daily intelligence briefings that presented Russia in a bad light, according to a former White House official. Over the course of 2017, briefers would choose not to highlight negative material about Russia when verbally briefing the president, the official said. That included intelligence about Russian activity in Syria that was detrimental to American troops or interests.

“I don’t remember a thing that involved Russia that people were comfortable discussing with the president,” the former official said. “Even at the most senior level, at the Cabinet level, it would be like drawing sticks to see who would have to raise a Russia issue with him.”