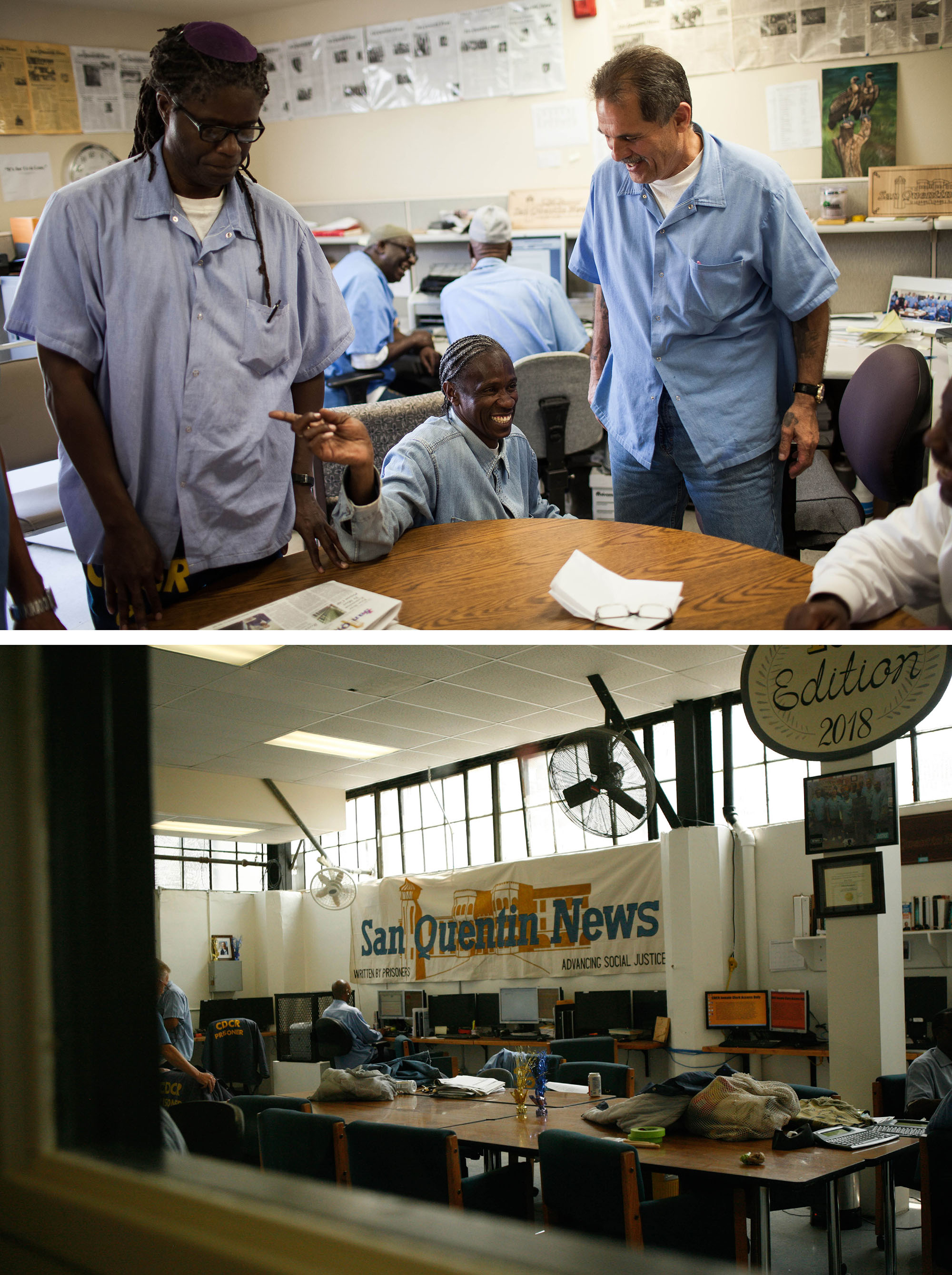 Rodriguez sat down with staff members and listened to stories about their path to this unlikely paper. The pattern she noticed was that they’d been trapped in a system, hit a low point and found programs like the paper to be part of the ladder back up. By the time Rodriguez’s visit was over, she was processing a mix of emotions—her own role as a prosecutor, a new sense of what was wrong with the whole system—along with one more policy-minded realization: “I realized this group of men was a potential think tank for criminal justice reform.”

In recent years, media by incarcerated journalists, and in particular by those at San Quentin, has been undergoing a kind a renaissance, growing inside and beyond prison walls—and in the process, it has begun to occupy a more important role in conversations about prison reform. Media made inside prisons has a bigger audience than ever before; Ear Hustle, a podcast by and about prisoners that launched in 2017, has had over 41 million downloads to date and was named a finalist for the first-ever Pulitzer Prize for audio reporting. Journalists in prisons and their allies in the community are increasingly taking the skills they’ve honed in prison newsrooms and published investigations, commentary and political stories in mainstream publications—an effort some outside advocates hope to spread to more prisons around the country.

“I realized this group of men was a potential think tank for criminal justice reform.”

Some, like those that Rodriguez spoke to in San Quentin, are also taking their stories directly to people in power, via forums that bring incarcerated men into conversation with district attorneys, policy makers and politicians. And perhaps most importantly, the work continues after prison: Incarcerated writers are also going on to work on repealing the laws that undergird mass incarceration after they are released, again using those same skills to shape a narrative about punishment that, until recently, most people weren’t open to hearing.

Narratives are hugely important to how the public and leaders understand people caught up in the justice system, starting the moment they hit court, often with a compelling tale of complicity told by a prosecutor. But with internet connections prohibited inside prison, as well as a lack of resources to produce media for outside audiences, incarcerated people have been largely excluded from having a hand in telling their own stories. But that has begun changing, in part because of innovative programs at some prisons. The storytelling of incarcerated and formerly incarcerated journalists has been key to public opinion shifts on prison reform in recent years, as the public and some policymakers have come around to the idea that the harshness of U.S. prisons might be inhumane, even counterproductive. Part of that change has been driven by the San Quentin newsroom—a place that continues to shape how Americans see prisoners, and how Americans see prison.