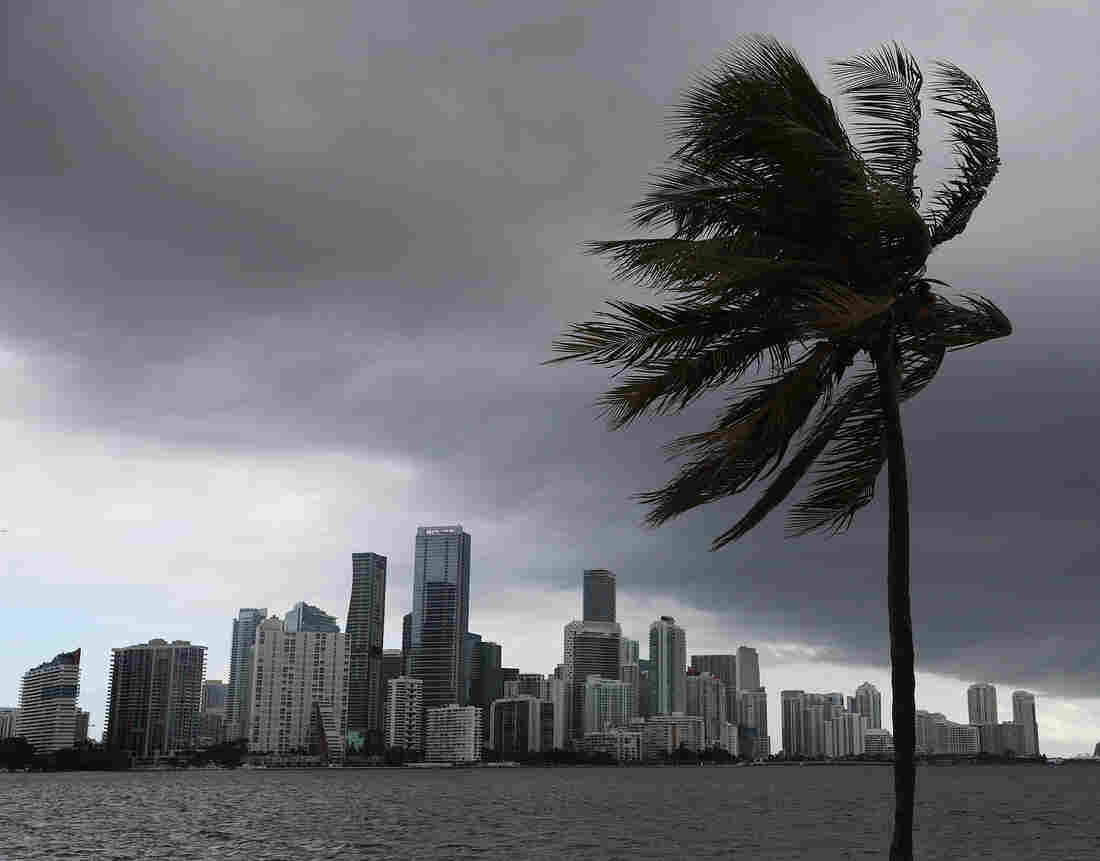 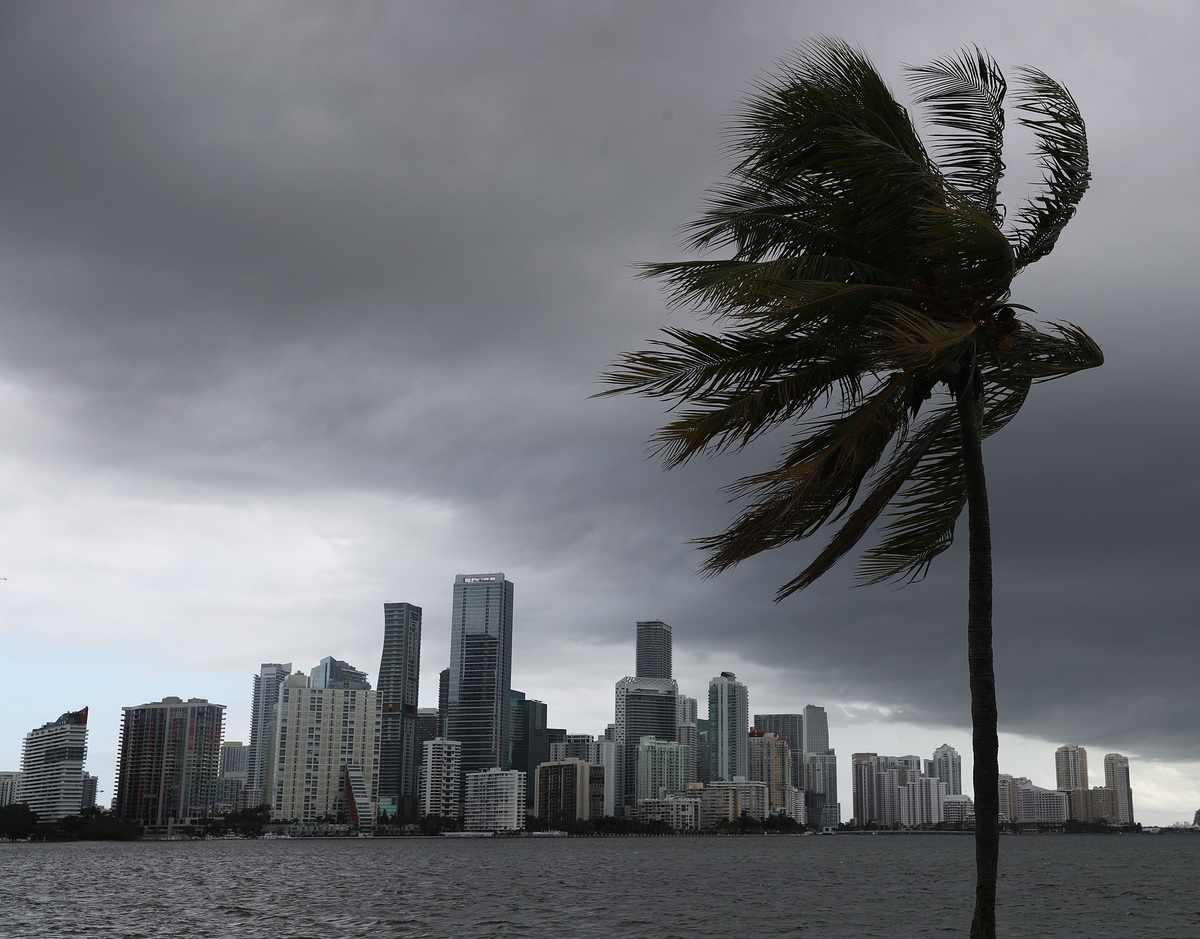 Storm clouds are seen over Miami as Hurricane Isaias approaches the east coast of Florida on Saturday.

Isaias weakened from a hurricane to a tropical storm as it headed toward Florida’s southeast coast on Saturday evening, but it is expected to restrengthen to a hurricane overnight. The National Hurricane Center is warning that tropical storm conditions are expected to begin Saturday night in Florida and is urging residents to prepare “to protect life and property.”

“Don’t be fooled by the downgrade, we do think it will be upgraded back to a hurricane later on this evening,” Gov. Ron DeSantis said on Saturday at a press conference.

On Saturday evening, maximum sustained winds were 70 mph, the National Hurricane Center reported. The center of the storm is expected to hit the Florida coast late Saturday or early Sunday morning and continue traveling north along the coast.

On Abaco Islands in the Bahamas, officials evacuated people who had been living in temporary housing since Hurricane Dorian hit the region last year, The Associated Press reported. Hurricane conditions and dangerous storm surges continued through the day in the Bahamas and are expected to continue in portions of the northwest Bahamas Saturday night, according to the National Hurricane Center.

In Florida, Gov. DeSantis urged state residents to remain vigilant and heed warnings from local officials and news outlets as Isaias moves closer to the state.

Storm surges along parts of Florida’s east coast with water rising 2 to 4 feet above ground level are possible, according to the National Hurricane Center. Isaias is expected to bring heavy rains and potentially life-threatening flash flooding and urban flooding to south and east-central Florida.

On Friday, DeSantis declared a state of emergency in every coastal county of Florida’s east coast, from Miami-Dade to Nassau counties, and closed virus testing sites.

Isaias is approaching Florida as the state is continuing to battle one of the worst outbreaks of the coronavirus in the nation. Yet DeSantis said that Florida’s Division of Emergency Management was prepared for the storm.

In addition to personal protective equipment, the state purchased 50 additional generators in case of power outages. DeSantis also said that all nursing homes and assisted living facilities were checked to make sure they have working generators onsite to continue providing care. That includes 21 COVID-19 nursing facilities.

Though hurricanes can result in the need for shelters, DeSantis said the state did not think they would be necessary for this storm — but officials are prepared if needed.

“The division created new and detailed shelter guidance for all counties in light of COVID-19 and has prepared shelter kits with hand sanitizer, masks and gloves ready to be deployed upon request,” DeSantis said.

The confluence of hurricane season with the spike in COVID-19 cases led the American Meteorological Society on Thursday to issue new guidance for hurricane preparedness. The organization noted that this hurricane season would be different because of the pandemic. It urged people to include PPE in their evacuation kits as well as hand sanitizer and personal hygiene supplies.

As Florida prepares for the storm this weekend, the rest of the East Coast could feel the impacts through the beginning of next week with risks of winds, heavy rainfall and storm surge. The National Hurricane Center warned of potential flooding in the Carolinas and the Mid-Atlantic region stretching up to Virginia in the coming days.

Both North Carolina and Virginia declared states of emergency ahead of the storm’s arrival. South Carolina Gov. Henry McMaster said he did not plan to issue a state of emergency or evacuation orders, but local leaders along the state’s Grand Strand coastal area have issued their own orders.