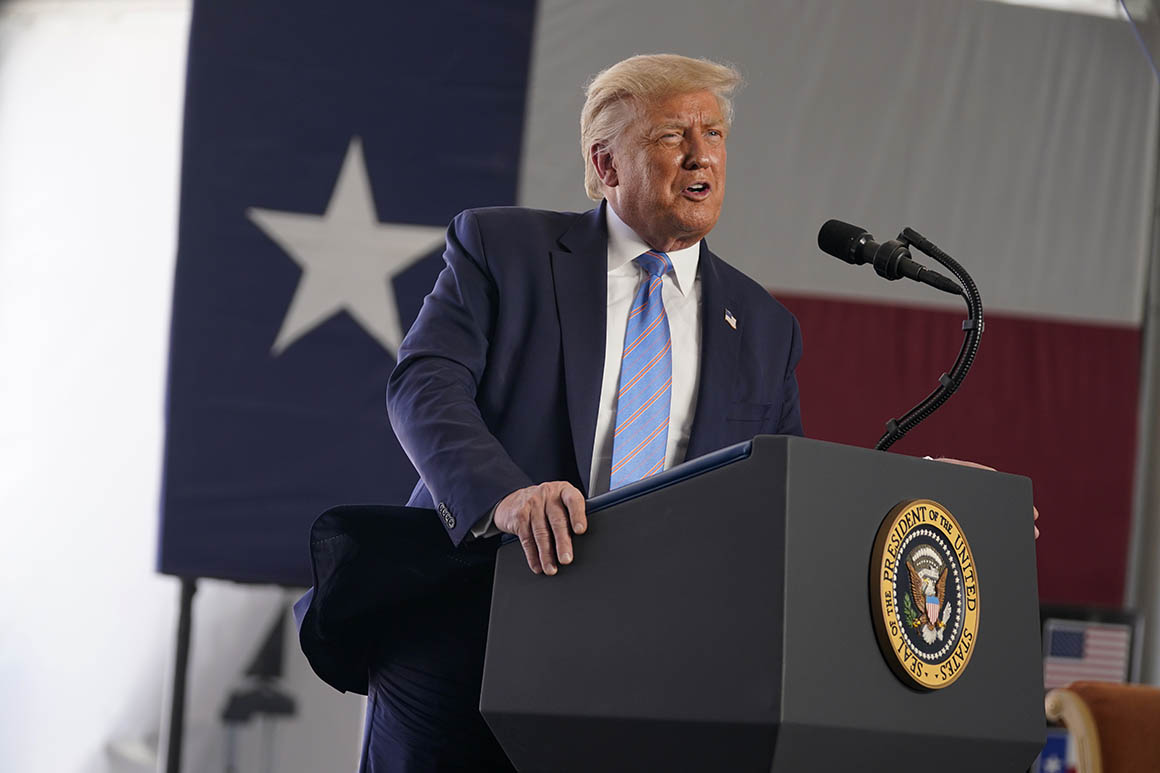 The date for the presidential election has been set in law by Congress since 1845 as the first Tuesday after the first Monday in November.

As the Covid-19 outbreak in the United States has worsened in recent months, Democratic officials have cautioned that Trump may seek to seize upon the public health crisis to question the legitimacy of the election or even defy its results.

“Mark my words, I think he is going to try to kick back the election somehow, come up with some rationale why it can’t be held,” former Vice President Joe Biden, the presumptive Democratic presidential nominee, said in April.

“I never even thought of changing the date of the election,” he said. “Why would I do that? November 3rd. It’s a good number. No, I look forward to that election.”

Trump’s reelection team was similarly dismissive at the time of Biden’s remarks.

“Those are the incoherent, conspiracy theory ramblings of a lost candidate who is out of touch with reality,” Tim Murtaugh, the campaign’s communications director, said in a statement at the time.

“Joe Biden’s conspiracy theory is irresponsible and has no basis in reality,” Matt Wolking, the campaign’s deputy communications director, tweeted.

Biden also argued in April that while the coronavirus might force changes to the way voting is conducted, the election should not be delayed.

“I’d much prefer to have on — you know, in-person voting, but it depends. It depends on the state of play,” he said. “But we cannot, we cannot delay or postpone a constitutionally required November election.”

But despite the president’s repeated insistence to the contrary, cases of election fraud in the United States are exceedingly rare. Experts acknowledge there are some slightly higher fraud risks associated with mail-in balloting when proper security measures are not put in place.

Beyond his allegations of potential voter fraud, Trump has also claimed that mail-in voting would yield unfavorable electoral results for the Republican Party. Nonetheless, GOP political operatives have embraced vote-by-mail and a recent study found that it does not benefit one party over another.

Trump’s tweet Thursday comes as the latest public polling of the 2020 White House race shows him continuing to trail Biden by significant margins nationally and in battleground states.