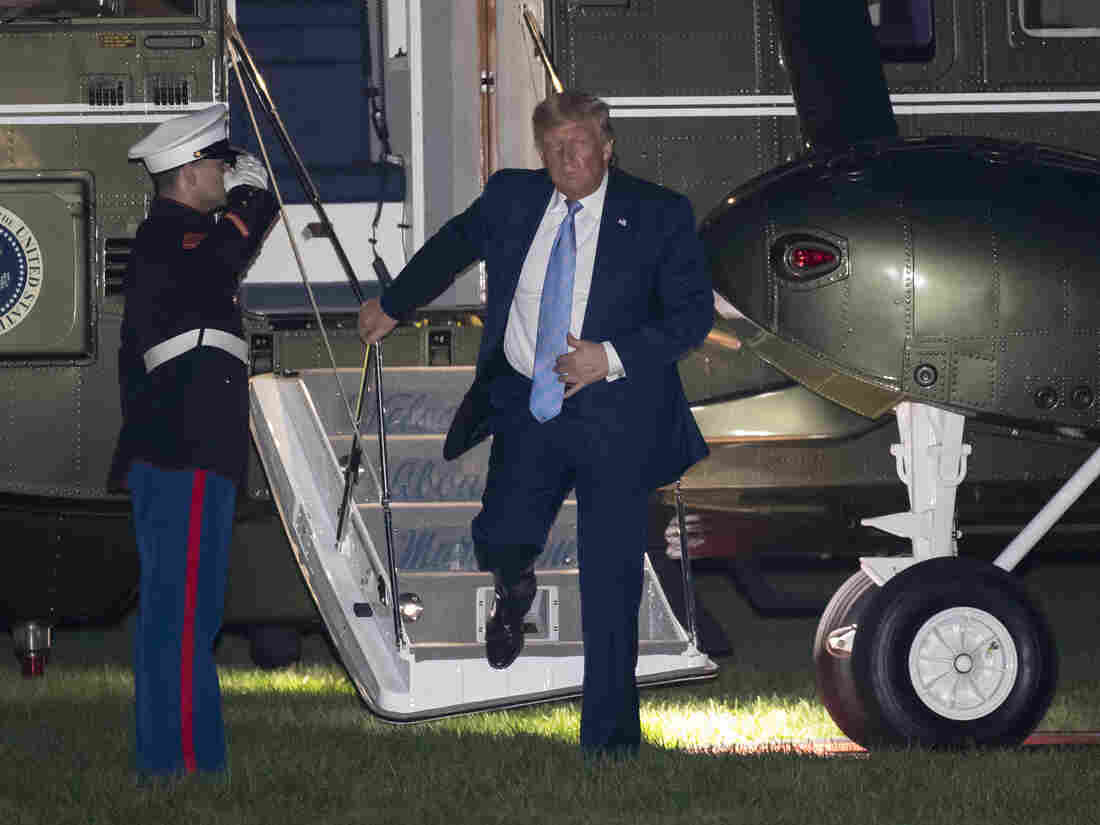 President Trump steps off Marine One as he returns to the White House on Wednesday night. Alex Brandon/AP hide caption 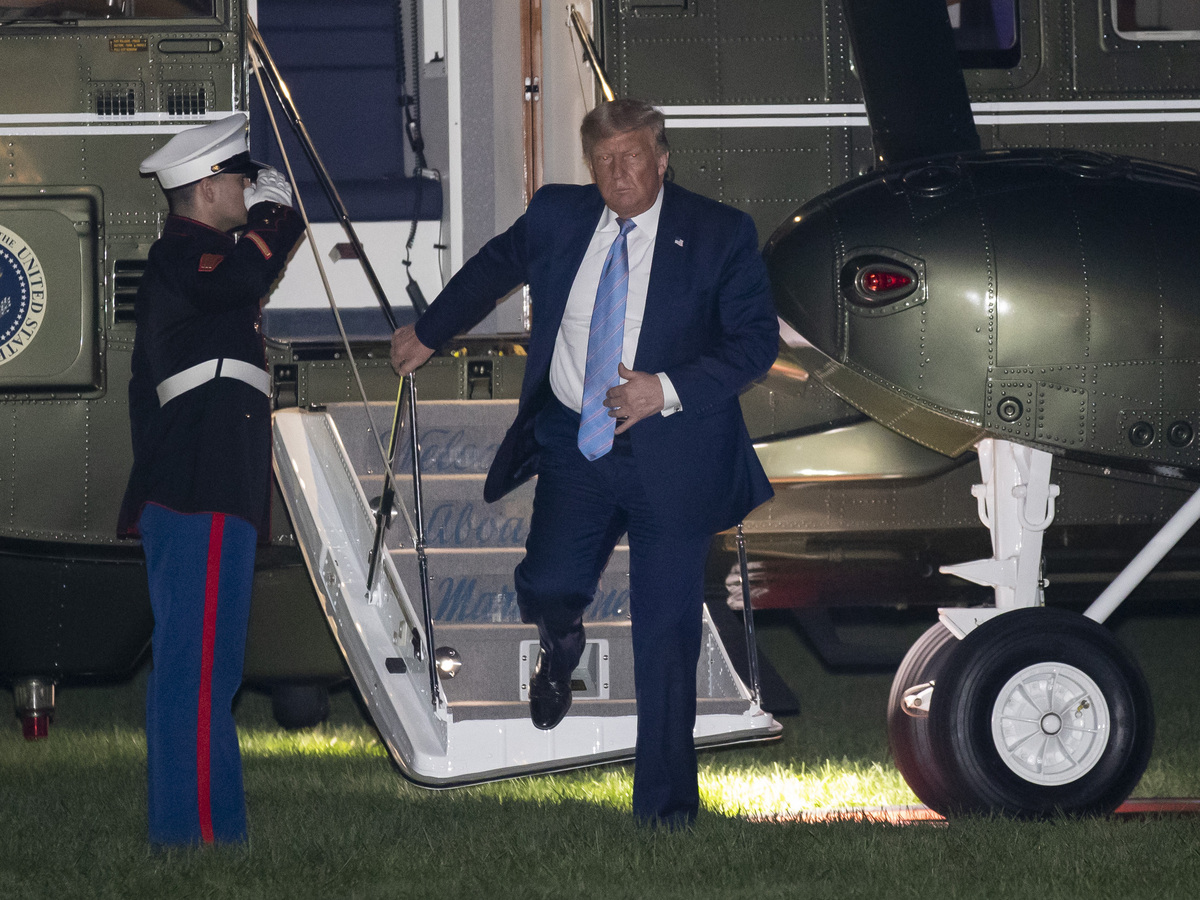 President Trump steps off Marine One as he returns to the White House on Wednesday night.

President Trump mused about delaying this year’s election on Thursday based on unsupported conspiracy theorizing about the integrity of voting during the coronavirus disaster.

In a Twitter post, Trump repeated what has become a pet theme of his about the prospect of inaccuracies or fraud with mail-in voting.

With Universal Mail-In Voting (not Absentee Voting, which is good), 2020 will be the most INACCURATE & FRAUDULENT Election in history. It will be a great embarrassment to the USA. Delay the Election until people can properly, securely and safely vote???

Trump does not have the power himself to move the date of the election, which was set by an 1845 federal law placing it the first Tuesday after the first Monday in November.

In short, it is extremely unlikely.

It wasn’t immediately clear how seriously official Washington or state leaders might treat Trump’s notion about moving the date of the election or whether the notion might lapse, as other Trump suggestions sometimes do.

The White House and the Trump campaign did not immediately respond to requests for comment.

Additionally, there is no nationwide turn to universal mail-in voting and as much as half of the electorate is still expected to cast ballots in person. While he draws a distinction between mail-in and absentee voting, there is essentially no difference.

His tweet came 15 minutes after news of the worst-ever-recorded quarterly performance of the American economy.

Trump has trailed his Democratic rival, former Vice President Joe Biden, in recent polls and is seen as needing to make up ground against him in states considered key to this year’s race, including Michigan and Pennsylvania.