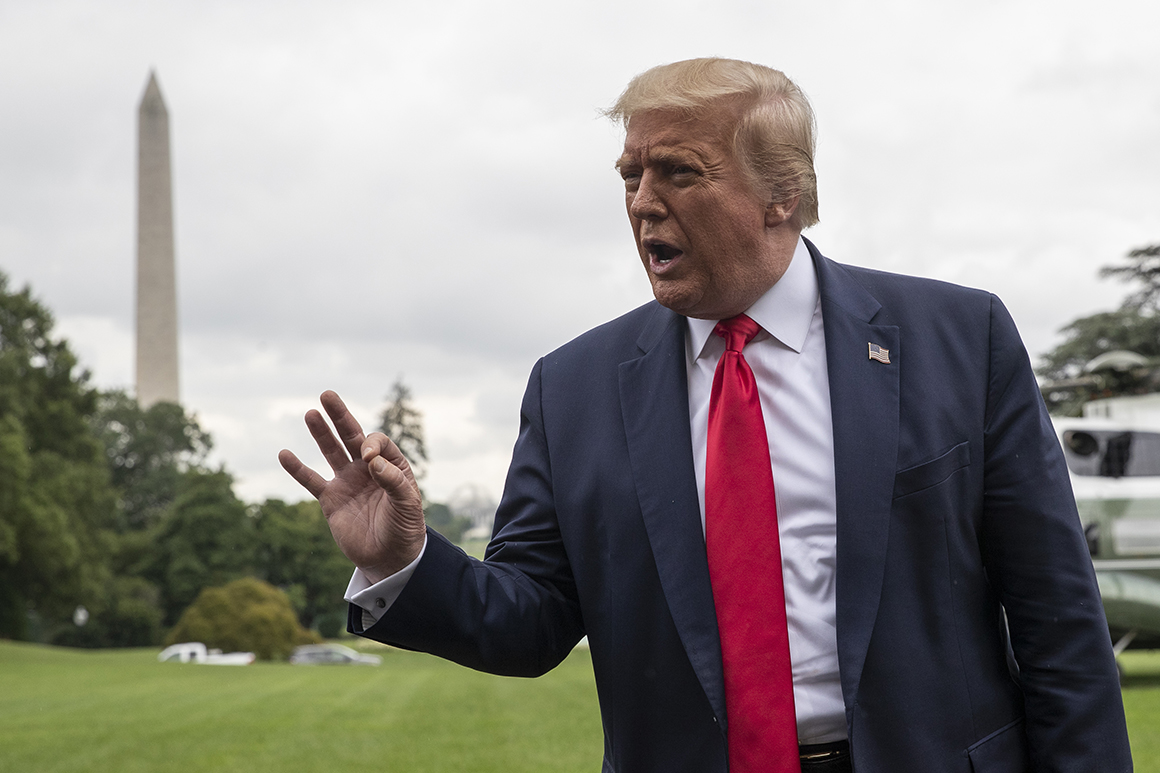 “Everyone knows mail-in ballots are a disaster,” Trump claimed. He reiterated his view that it’s imperative to find out who won the election on election night, as some election experts have indeed warned that a drastic surge in mail-in ballots might mean a close race isn’t called on the evening of Nov. 3.

Trump pointed to some House primary races in New York City last month that saw an influx of mail-in votes and have yet to be officially decided, and suggested without evidence that the final results may not be accurate.

“New York City has a little election,” he said, claiming that “they’re never going to have the results of that election. Never the correct result. They’ll probably announce something at some point, but when did that take place? Five, six weeks ago?”

New York struggled with a massive influx of mail-in ballots. The state, which does not normally allow for no-excuse absentee voting, was unprepared for the wave of ballots. Absentee ballots didn’t begin to be counted until well after in-person voting, and tens-of-thousands were tossed out for technicalities.

“Nobody wants that date more than me,” he said of Nov. 3, dismissing claims that his desire to postpone the election stemmed from his poor standing in the polls. “I wish we would move it up. Move it up.”

Virtually all public polling of the White House race shows Trump trailing by significant margins nationally and in battleground states. His initial tweet Thursday morning came minutes after the Commerce Department reported that the pandemic had inflicted the worst economic contraction in modern American history, undermining what was by far the president’s strongest argument for reelection.

The Trump campaign has sought to draw a distinction between universal mail-in voting and absentee voting, with Trump on Friday calling absentee ballots “secure” and “very good” compared with universal mail-in ballots, which he contended are a “disaster.”

“Absentee ballots, great. Going to the polls, great,” Trump said. “If you do universal mail-ins with millions and millions of ballots, you are never going to know what the real result of an election is. It’s going to be a very, very sad day for our country,” he argued, repeating claims that U.S. foes like Russia and China could easily forge ballots.

But voting rights experts maintain there is no difference between the terms mail-in voting and absentee voting, and some jurisdictions have scrubbed the latter term to avoid confusion among voters. In fact, Republicans have actively promoted requesting absentee ballots in states where no excuse is required, including in battlegrounds Pennsylvania and Florida.

In November, 42 states and the District of Columbia will effectively allow for, at a minimum, no-excuse absentee balloting — meaning any voter, regardless of age, health or location on Election Day will be able to vote by mail should they choose to do so.

An analysis last month of voting in three states that routinely and proactively mail every voter a ballot found that officials identified an infinitesimal amount of potentially fraudulent ballots.

Despite the president’s repeated insistence to the contrary, cases of election fraud in the U.S. are exceedingly rare, though experts acknowledge that there are some slightly higher fraud risks associated with mail-in balloting when proper security measures are not put in place.

Still, the president asserted that his administration is “putting in all the resources you can” to secure November’s election, even as he sought to play up the potential for chaos, repeating fears election officials are “not prepared” for the influx of mail-in ballots.

House Democrats passed a bill in May that would mandate all voters be sent a ballot in the case of an emergency, along with other sweeping changes to the American electoral system, but the legislation faces fierce opposition from Senate Republicans, and it is unlikely to become law.

Zach Montellaro contributed to this report.