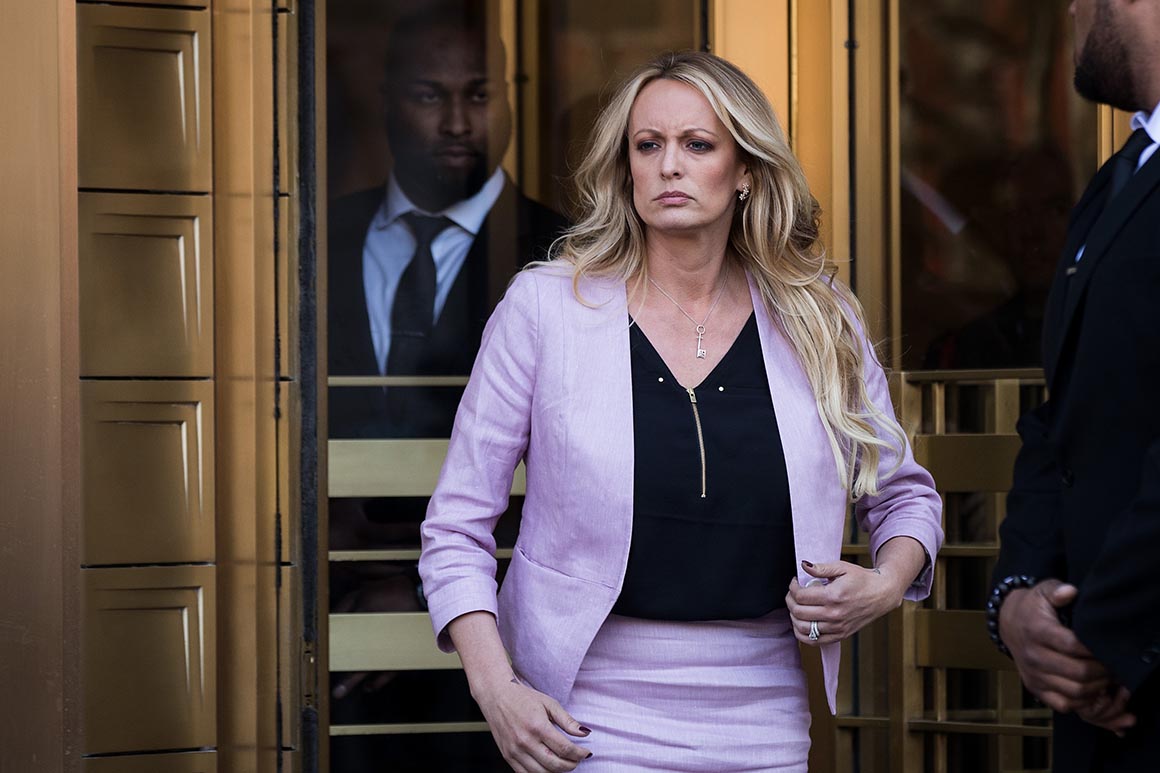 “A sketch years later about a nonexistent man. A total con job, playing the Fake News Media for Fools (but they know it)!” Trump commented as he retweeted a earlier message containing the two images.

The 9th Circuit judges said that was not enough to the sustain the suit in which Daniels — whose legal name is Stephanie Clifford — accused Trump of damaging her reputation by painting her as a liar.

“Viewed through the eyes of an objectively reasonable reader, the tweet here reflects Mr. Trump’s opinion about the implications of the allegedly similar appearances of Ms. Clifford’s ex-husband and the man in the sketch,” the court said in its nine-page ruling, which indicated no specific author. “Because the tweet juxtaposing the two images was displayed immediately below Mr. Trump’s tweet, the reader was provided with the information underlying the allegedly defamatory statement and was free to draw his or her own conclusions.”

Daniels’ lawyer also argued that Trump’s reference to a “con job” amounted to an accusation that she was engaged in criminal activity. However, the appeals judges didn’t buy that, either, saying that the remark “could not be interpreted as anything more than a colorful expression of rhetorical hyperbole.”

The appeals judges also rejected Daniels’ assertion that the tweet amounted to a denial of her underlying claim of the sexual encounter.

Trump has frequently denounced the 9th Circuit as a bastion of liberalism and has claimed its rulings are driven by political bias against him. However, the three-judge panel that ruled unanimously in Trump’s favor on the libel suit is composed of Democratic appointees: Clinton nominees Sidney Thomas and Kim Wardlaw and Obama nominee Jacqueline Nguyen.

Trump has denied Daniels’ claims about the sexual encounter, but during the 2016 campaign lawyers working for him secretly arranged to pay her $130,000 to insist that no sex occurred. After Trump’s election, she went public with her story on “60 Minutes” and sought to void the legal agreement connected to the payment.

The court’s opinion Friday also addressed a more arcane legal issue about a special procedure Trump’s lawyers used to knock Daniels’ suit out at an early stage. A Los Angeles-based federal court trial judge ruled that Texas law applied in the case and that Trump’s lawyers could avail themselves of a state law there that discourages libel lawsuits about matters of public controversy and debate.

Because of a ruling from the federal appeals court that covers Texas, federal courts in that state don’t apply the special Texas statute, often called an anti-SLAPP law. However, the 9th Circuit does apply those kinds of laws.

Asked about Friday’s ruling, Daniel’s attorney Clark Brewster faulted that aspect of the decision, arguing that the 9th Circuit should have deferred to the court that handles Texas, the 5th Circuit.

“To reach the result set forth in its ‘unpublished decision’ the 9th Circuit had to break with established rules of comity,” Brewster said. “Ms. Clifford has directed us to proceed to seek further review by the 9th Circuit, en banc. If that effort fails we will likely seek review by the Supreme Court.”

An attorney for Trump, Charles Harder, did not immediately respond to a request for comment on the decision.