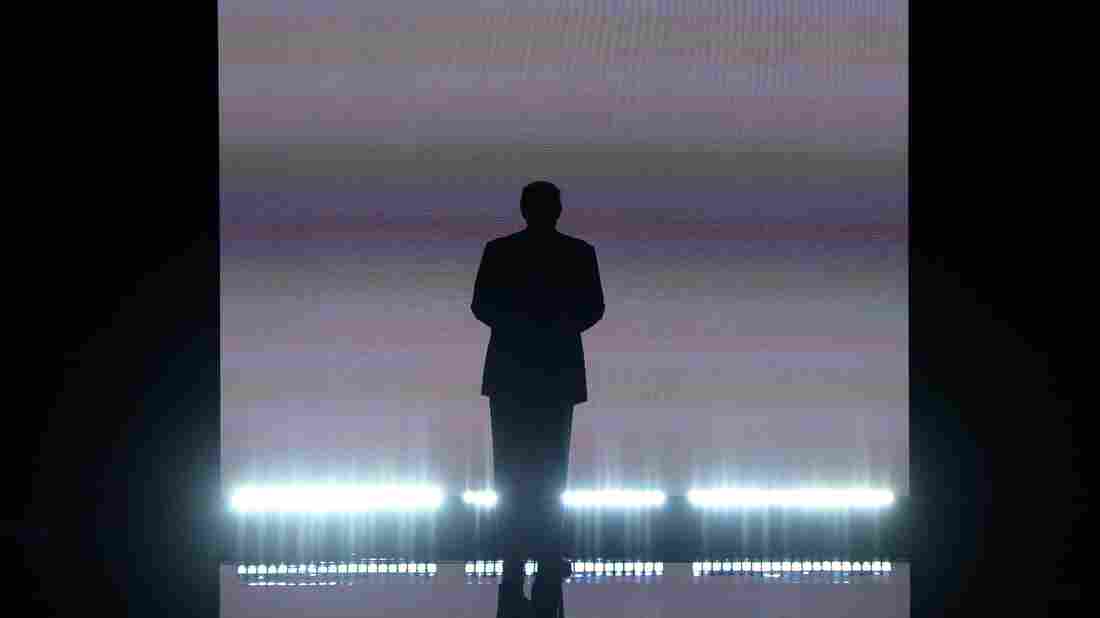 Candidate Donald Trump makes a dramatic entrance on the first night of the 2016 Republican National Convention in Cleveland. His campaign hopes to replicate the scale of that event to demonstrate a recovery from the coronavirus pandemic. Robyn Beck/AFP via Getty Images hide caption 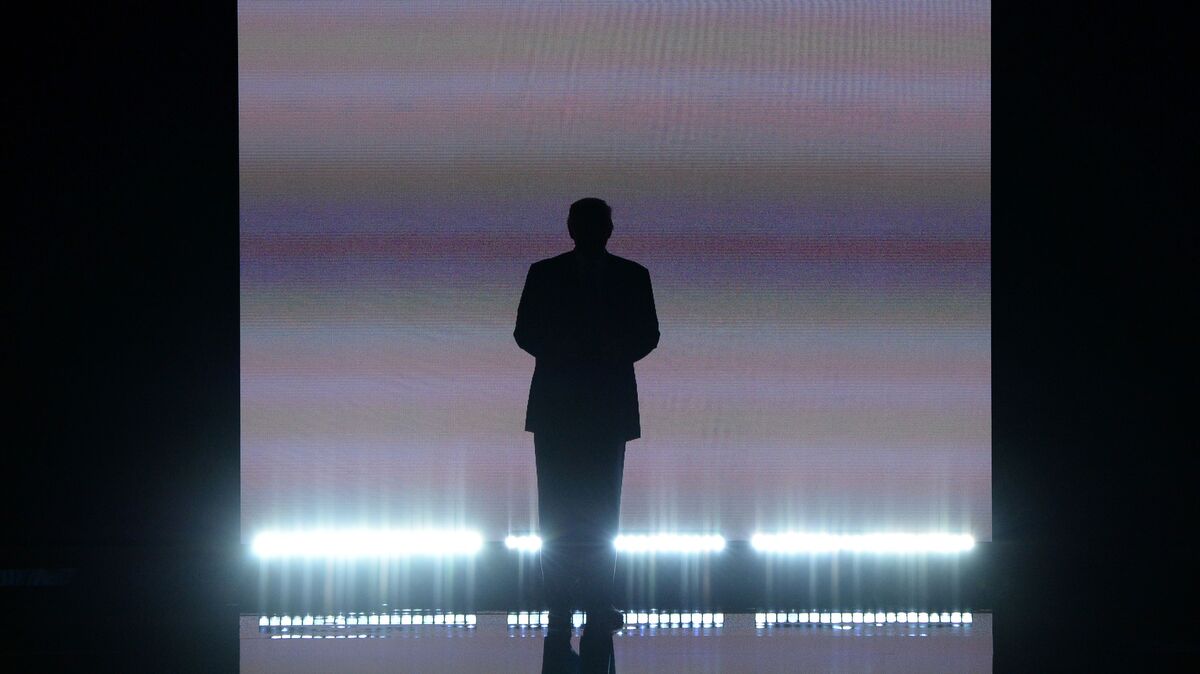 Candidate Donald Trump makes a dramatic entrance on the first night of the 2016 Republican National Convention in Cleveland. His campaign hopes to replicate the scale of that event to demonstrate a recovery from the coronavirus pandemic.

President Trump wants an arena full of tens of thousands of excited Republicans in Charlotte this summer for the party’s national convention. But the coronavirus is causing a lot of uncertainty, and North Carolina Democratic Gov. Roy Cooper hasn’t been able to make assurances that such a gathering will be possible in August.

So, Trump picked a fight with Cooper in a series of tweets over the holiday weekend, demanding that he commit to allowing “full attendance” in Charlotte’s Spectrum Center, a 17,000-seat arena where the convention is set to be held, and Trump followed it up on Tuesday afternoon with a deadline.

“We have to know, yeah, I would say within a week that certainly we have to know,” Trump said in answer to a question from a reporter. “Now if he can’t do it. If he feels that he’s not going to do it all he has to do is tell us and then we have to pick another location and I will tell you a lot of locations want it.”

Trump now has Republican governors in other states lining up as alternative convention hosts, three months before the big event.

North Carolina is operating in phase two of its reopening plan, with any groups advised to be limited under 10 people while inside. It’s not clear what phase the state will be in come Aug. 24, when the Republican National Convention is scheduled to begin.

Cooper has said North Carolina is guided by public health and nothing else and is waiting for the RNC to provide a plan laying out how it would safely hold its convention.

“I’m not surprised by anything that I see on Twitter,” Cooper said on Tuesday about the president’s comments. “I will say that it’s OK for political conventions to be political, but pandemic response cannot be.” 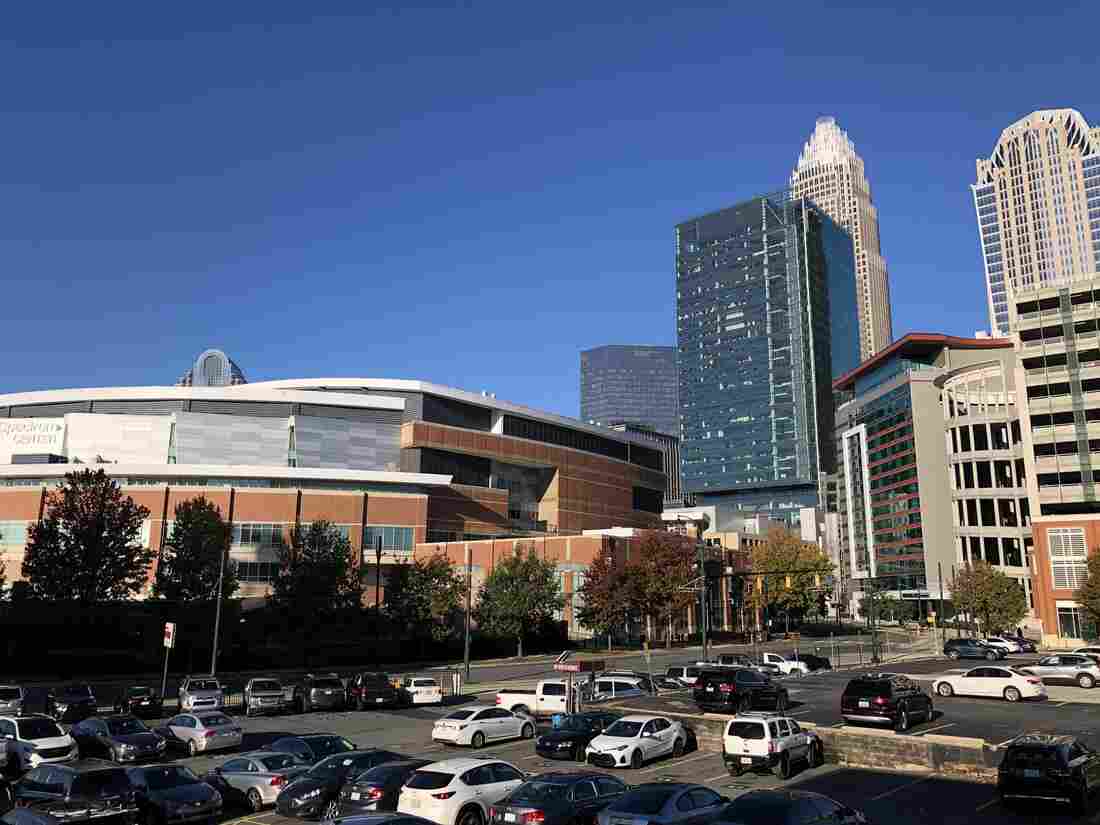 The Spectrum Center in Uptown Charlotte, N.C., was selected as the site of the 2020 Republican National Convention. But it remains unclear if public health officials would allow a large gathering there this summer. Daniel Slim/AFP via Getty Images hide caption 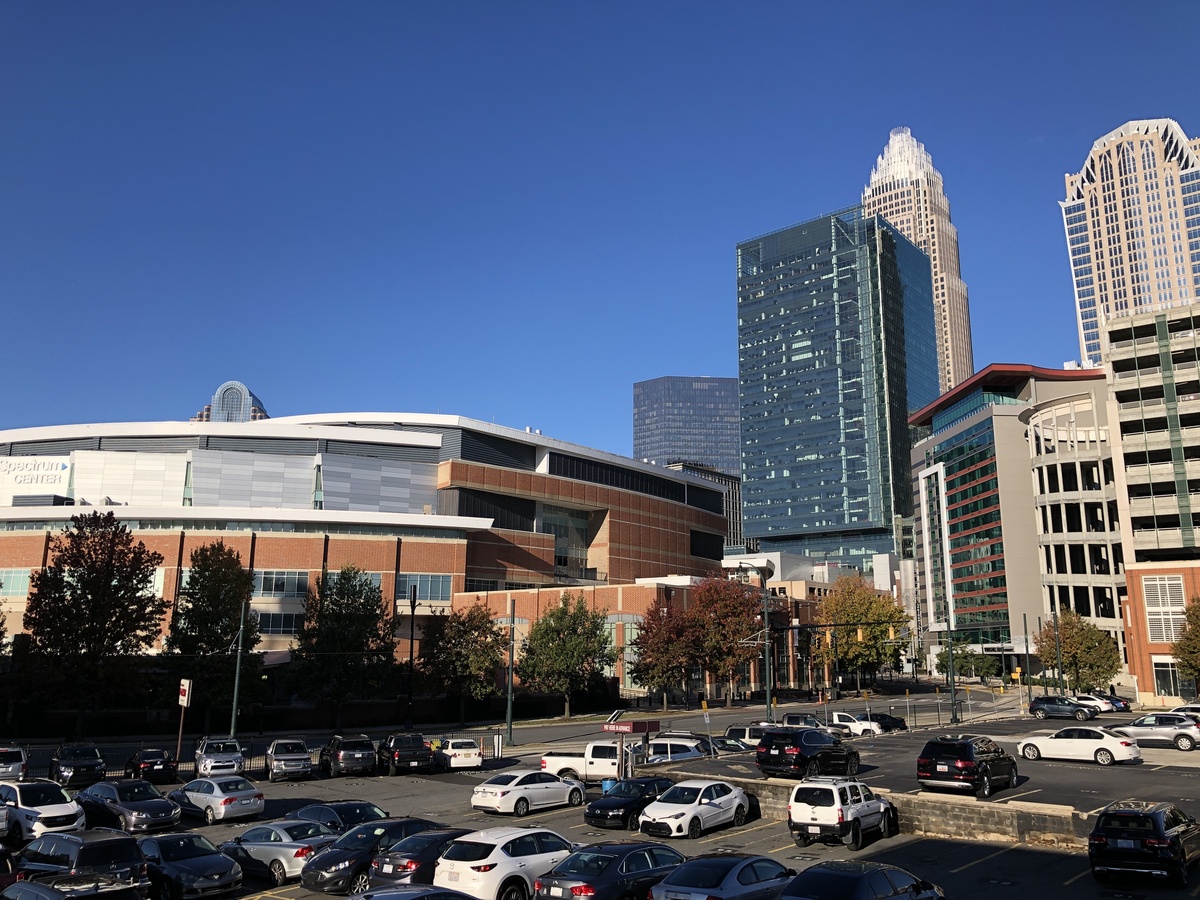 The Spectrum Center in Uptown Charlotte, N.C., was selected as the site of the 2020 Republican National Convention. But it remains unclear if public health officials would allow a large gathering there this summer.

Before the pandemic, the Republican Party planned for a convention that would draw 50,000 party activists, elected officials and press to the Charlotte area. And as recently as last Friday, GOP Chairwoman Ronna McDaniel said they were still planning for a big gathering, but would be waiting for late June or early July to see what the public health situation looked like at that point.

“We’ve hired a safety expert,” she told the news site The 19th. “We’re now working to make sure that we are putting contingencies together that we can, to put the safety of our convention goers first and foremost, but a lot of it is going to frankly come down to guidance from the governor and the mayor.”

Then came the tweets from Trump, and McDaniel’s tone changed.

“We want to have it in North Carolina, the president loves North Carolina. It’s just the governor, and he’s got to work with us” McDaniel said on Fox and Friends. “This governor is up for reelection, he hasn’t given us the assurances we need. We need to be able to move forward in a concrete way,” she added.

Trump’s threat to move the convention, combined with a suggestion from Vice President Pence in an appearance on Fox News that they would look to states that were further along in their reopening, like Texas, Florida or Georgia, set off a flurry of tweets and statements.

With world-class facilities, restaurants, hotels, and workforce, Georgia would be honored to safely host the Republican National Convention. We hope you will consider the Peach State, @realdonaldtrump!

Florida Gov. Ron DeSantis, a Republican Trump ally, told reporters his state would love to have the convention in Florida.

“We’ve let the folks at the White House know that we want to work with them, and we think that would be a good thing to do,” DeSantis said. “So he knows that, and I know key people in his administration and in his campaign know that.” The governor listed four major Florida cities he said could easily handle the convention.

But one of those cities, at least, isn’t jumping at the chance. Miami Beach Mayor Dan Gelber, a Democrat, says his city is following the guidelines put out by the CDC and a big in-person convention is hard to imagine at the moment.

“I don’t know how you commit today to doing something in two months where you don’t know what the situation is going to be,” Gelber told NPR. “You don’t know whether or not you’re gonna need to have proper social distancing with masks and all the other accouterments that we’ve been told we have to follow.”

Atlanta Mayor Keisha Lance Bottoms, also a Democrat, said in a statement the city is following CDC guidelines for a phased reopening. “That plan does not contemplate hosting a large gathering event in August,” the statement said. “In fact, several long-standing City-supported and sponsored events have already been canceled in order to comply with CDC guidelines.”

Meanwhile, Jacksonville, Fla., Mayor Lenny Curry, a Republican, sent out a multi-tweet pitch for his city, pointing to the UFC fight it recently hosted.

2. We would be honored to host the Republican National Convention in that same world class facility. Thankfully, @GovRonDeSantis and my administration have created a regulatory framework that operates in way that is attractive to significant events like these.

For President Trump, who is constantly thinking like a TV producer, a convention is the ultimate showcase. In 2016, he walked on stage dramatically back-lit for effect with Queen’s “We Are The Champions” blaring.

This year, his campaign sees holding a big, in-person event as particularly symbolic.

“This is an opportunity for America to see that we are coming back from this coronavirus pandemic, we are open again, and we can get back to work, get back to our lives, celebrate freedom, and do so in a way that also respects public health,” said Marc Lotter, director of strategic communications for the Trump campaign.

Moving a convention isn’t unprecedented, but it’s been a long time. The last such change in plans came in 1972, when Republicans switched from San Diego to Miami Beach to avoid a controversy. But conventions have gotten vastly more complicated since then.

Planning for Charlotte has been going on for many months, according to Bill Harris, who has led or been involved with Republican convention planning going back to the 1980s. He’s retired now, but told NPR he’d expect the plans are already in place for lodging, transportation and security for the massive event. Moving it would be a challenge.

“You could do it, but the closer you get to the event itself, I mean, the harder it gets to do,” he said.

Watching on TV, a convention can just look like a big rally, but it is so much more than that. It’s a significant logistical undertaking, bringing together thousands of delegates to conduct official party business, in addition to packaging a campaign message for the presidential candidate over several nights.

Harris says decisions need to be made very soon, because the convention is set to kick off in less than three months.

Of course, as most Americans know all too well right now, long-term planning is nearly impossible in the face of an unpredictable and, at least in modern times, unprecedented pandemic.