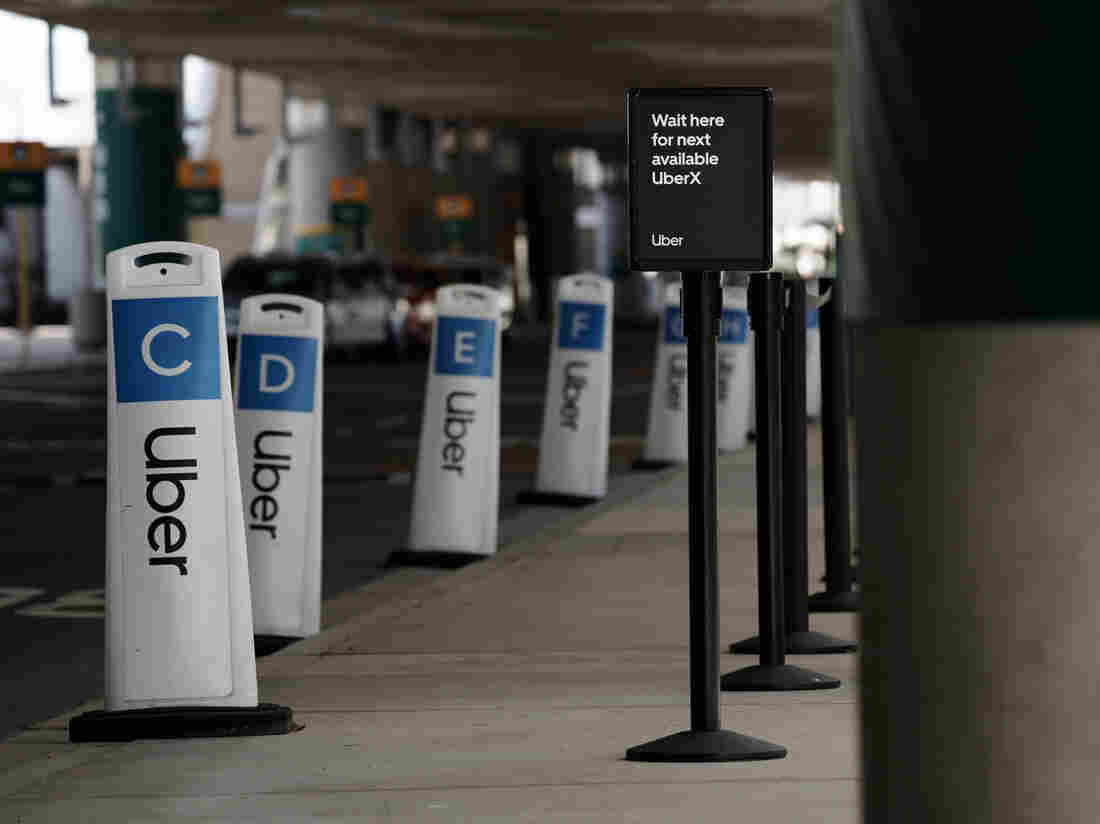 Millions of Uber drivers and others people who make a living from gig work are temporarily eligible for unemployment benefits. But the money has been slow to arrive. Bing Guan/Bloomberg via Getty Images hide caption 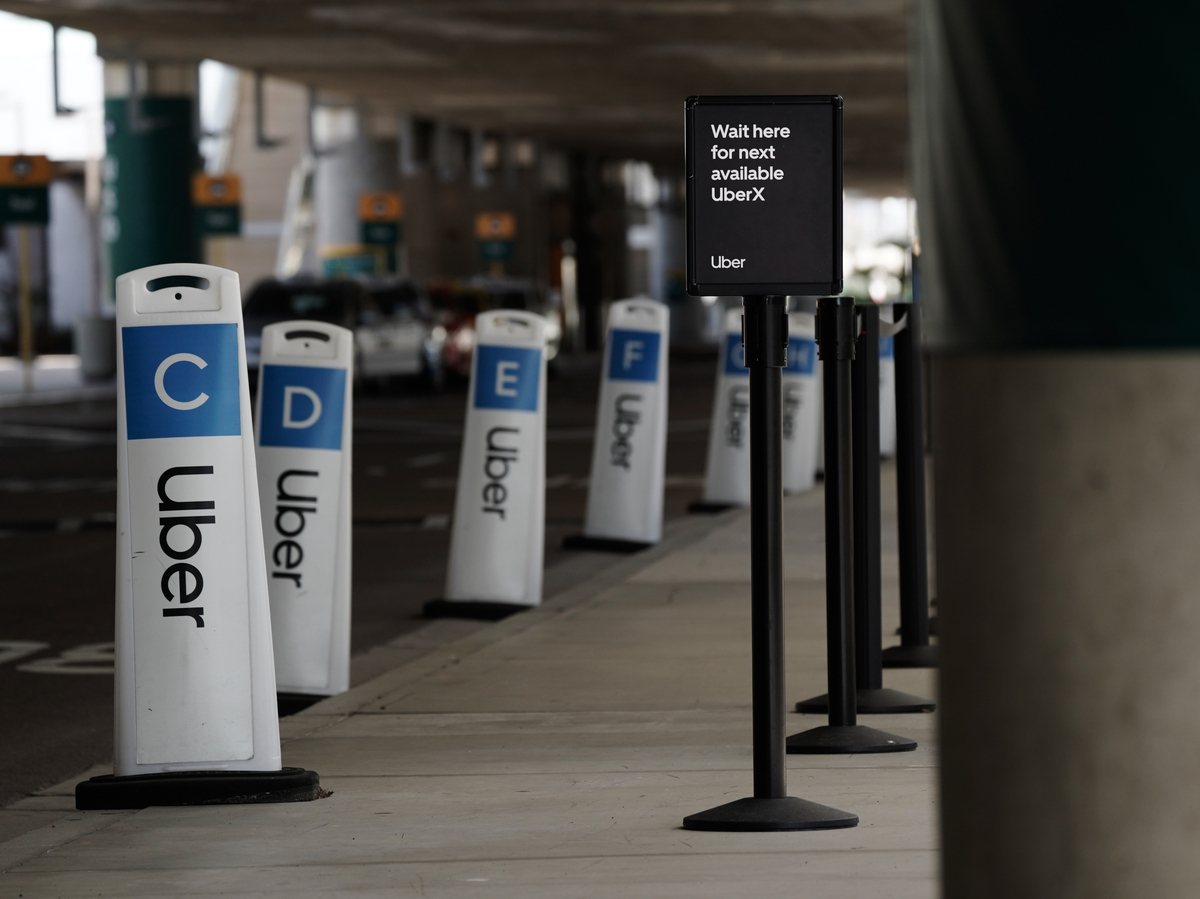 Millions of Uber drivers and others people who make a living from gig work are temporarily eligible for unemployment benefits. But the money has been slow to arrive.

Music is jazz composer Michael O’Dell’s passion, but it doesn’t pay the bills. So he drives for Lyft and Uber in Columbus, Ohio.

Since the coronavirus pandemic hit, demand for rides has fallen so much, he says, that on many days he can’t get enough business to make it worth getting in the car.

“I have really cut my driving down probably like 90%,” he said. “If I do need available cash to pay a bill or two or even buy food, I’ll go out and drive for a little bit. But I definitely don’t put the time into it like I normally did, because I’m not going to get good rides.”

O’Dell and millions of other people who make a living from gig work — like driving for Uber or renting rooms on Airbnb — now have a lifeline. They are temporarily eligible for unemployment benefits, thanks to the federal Coronavirus Aid, Relief, and Economic Security Act, or CARES Act, which became law in March.

But many states are struggling to help this new class of workers.

“I’ve been applying every week,” O’Dell said. “Every single week I get denied regular unemployment.”

That’s because neither Lyft nor Uber considers itself his employer. The companies say their millions of drivers are independent contractors, who chose when and how much to work.

Many apps operate this way, from the ride-hailing companies to grocery delivery services DoorDash and Instacart. That decision has big consequences for workers.

“Normally, if you’re eligible for unemployment insurance, it’s because your employer has been paying into the insurance system, and as part of paying in, they’re reporting your earnings,” said Jay Shambaugh, director of the Brookings Institution’s Hamilton Project.

Because the apps do not do this, gig workers have to show proof of their earnings, so the state knows how much to give them in unemployment benefits. In turn, states have to set up systems to process those claims — which Shambaugh describes as “the big holdup.”

According to the Hamilton Project, 39 states and the District of Columbia are now processing those claims. But it is taking a long time for payments to go out.

Jerome Gage, a Lyft driver in Los Angeles, applied for unemployment in early March because his income had dropped so much.

“They said, ‘Based on your reported earnings from Lyft and Uber, your [award] is zero dollars, because your employee earnings were zero dollars,'” he said. He has appealed and is awaiting a decision.

In many states, unemployment offices have been overwhelmed by the crush of workers who have lost their jobs — 36.5 million in the past eight weeks. Congress gave states $1 billion to hire more staff and upgrade their outdated computer systems, but many are still scrambling to keep up.

“As it turns out, that billion dollars was maybe not quite enough to process initial claims,” said Michele Evermore, senior policy analyst at the National Employment Law Project. “The increase in funding is a 50% increase … but the increase in claims is a thousand-fold.”

That wait has dire consequences for people whose lives are already precarious. In Decatur, Georgia, attorney Mary Irene Dickerson of the Atlanta Legal Aid Society has seen an uptick in calls about eviction notices.

“Then it turns out that the problem is that they’ve been waiting for their unemployment claims to be determined — waiting weeks,” she said.

She said gig workers are facing especially long waits because Georgia requires them to apply for regular unemployment and be denied — a process that can take weeks — before they can apply under the expanded eligibility provision of the CARES Act.

Back in Ohio, Michael O’Dell is trying to stay hopeful. The state launched its system to accept claims from gig workers this month, and O’Dell has been calling the office to check on his status.

“It always ends up hanging up on me, saying, ‘We are overloaded at this moment. We’re sorry, we can’t take your call.’ Click, bye,” he said.

He said he has no choice but to keep trying.