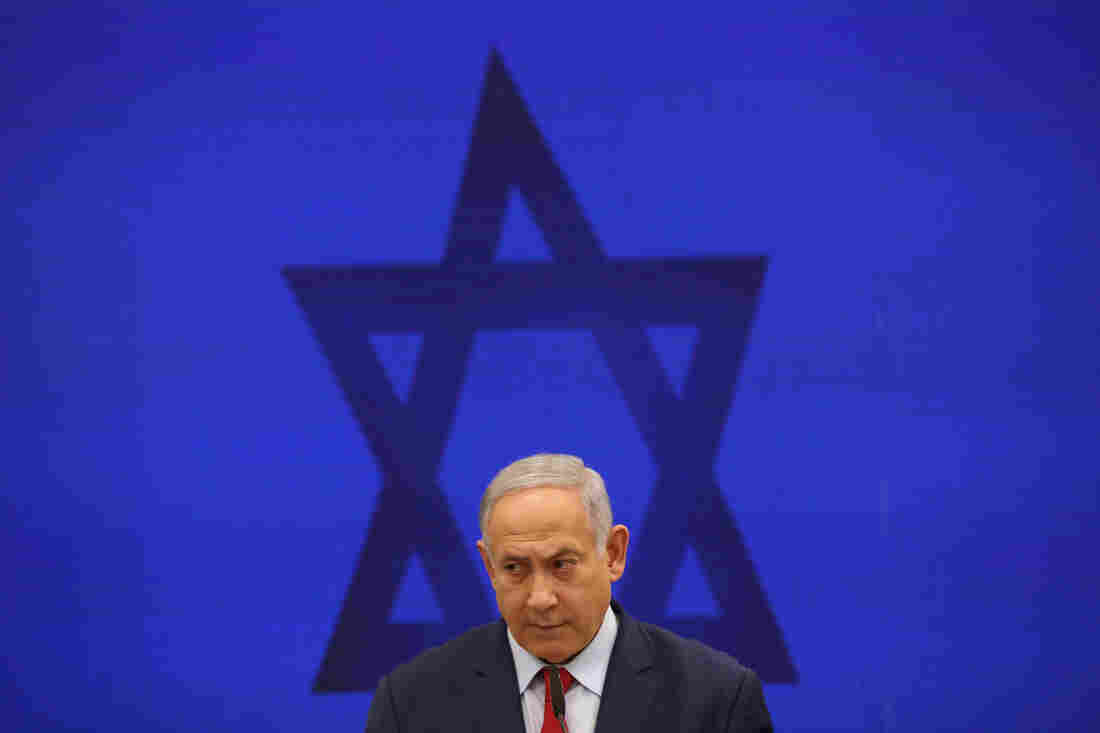 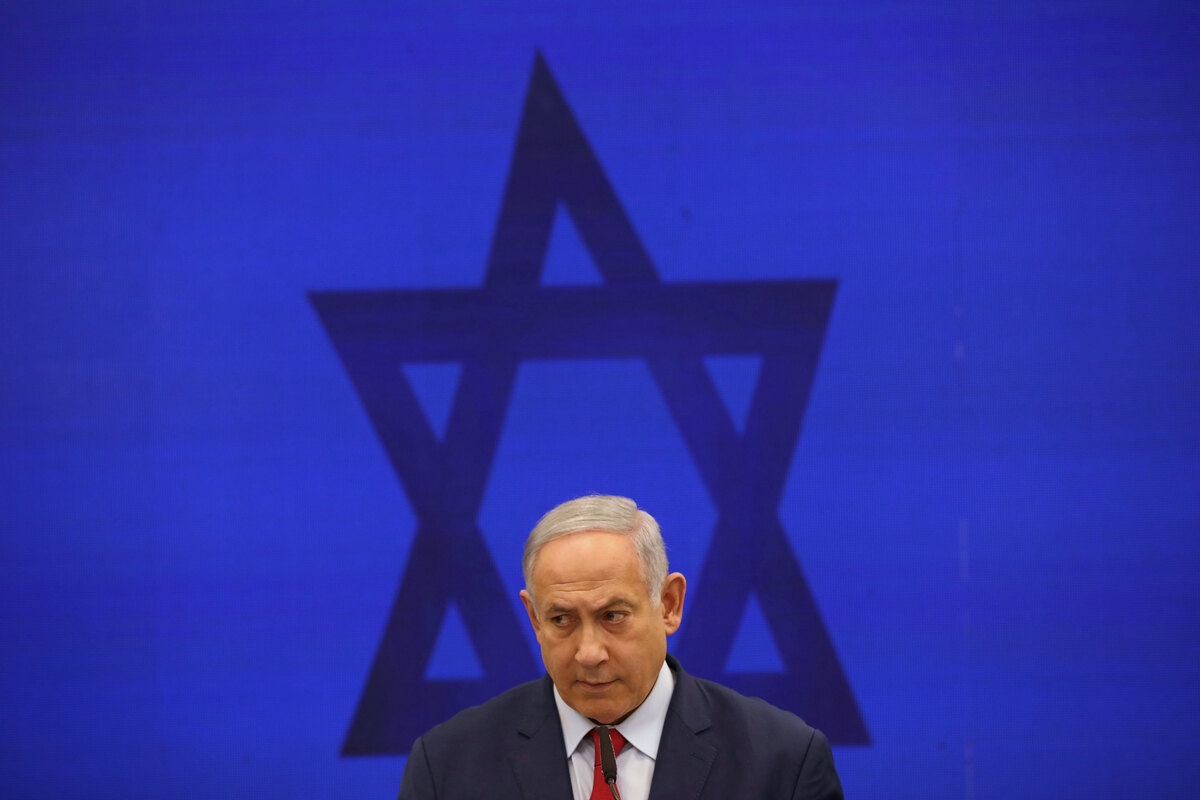 He was his country’s most powerful man. Time magazine crowned him “king of Israel.” But he couldn’t win over Israel’s unforgiving free press. So he is accused of buying his way inside the newsroom of a leading news site, secretly dictating flattering coverage that helped him win reelection twice.

That allegation is at the center of an unprecedented courtroom drama that kicks off Sunday in Jerusalem: the State of Israel v. Benjamin Netanyahu.

The longest-serving prime minister in Israel’s history, after 11 uninterrupted years in office, will enter the courtroom charged with bribery, fraud and breach of trust. If convicted, he could spend several years behind bars.

It’s the first time in Israel — and much of the world — that a sitting leader will go on trial. Usually, senior Israeli officials step down when they face corruption charges, as did Netanyahu’s predecessor, former Prime Minister Ehud Olmert.

But Netanyahu is not required by law to step down after being indicted and has refused to resign. The conservative leader denies wrongdoing and alleges there is a left-wing witch hunt against him, a claim that has sparked an ugly culture war against Israel’s judiciary, law enforcement and media.

The saga plunged the country into political turmoil for more than 500 days. Israel held three national elections, each serving as a referendum on Netanyahu, but producing no clear winner. Finally this week, with Supreme Court approval, Netanyahu sealed a deal with his opposition rival and formed a new unity government.

What are the allegations against Netanyahu?

The most serious one carries the charge of bribery. Prosecutors accuse Netanyahu of offering regulatory favors worth hundreds of millions of dollars to a telecommunications executive, and in return gaining secret editorial control over Walla! News, Israel’s second biggest news site. For nearly five years, including during his 2013 and 2015 reelection campaigns, Netanyahu and his wife Sara allegedly made hundreds of editorial demands of the executive and his wife, placed stories and photos, killed unflattering coverage and wielded influence over the hiring of editors and reporters.

“Generally, in criminal charges of bribery, it’s hard to have good evidence between the quid and the pro,” said Amir Fuchs of the nonpartisan Israel Democracy Institute. “In the indictment, you see a lot of evidence of the link.”

But it’s not a classic bribery case where the interest is money or sex. Never before has an Israeli official been indicted of bribery for securing positive press.

Netanyahu also faces lesser charges of fraud and breach of trust in two other cases. He’s accused of discussing a secret proposal with the owner of Israel’s biggest news site, YNet, and its related paper Yediot Ahronot, to promote legislation undercutting the owner’s biggest competitor in exchange for the owner reversing his critical editorial line against Netanyahu.

The prime minister is also accused of pulling strings with U.S. and Israeli officials to benefit a Hollywood producer who provided the Netanyahus with a constant supply of expensive jewelry, cigars and champagne. Netanyahu also accepted a regular supply of cigars and champagne from an Australian businessman.

Considering the significance of the moment, the opening hearing could be anticlimactic.

At 3 p.m. local time (8 a.m. ET) Sunday, Netanyahu will appear before a three-judge panel at the district court in East Jerusalem for a hearing expected to last about half an hour. Netanyahu will only be asked to say a few words — whether he understands the charges. He will not yet need to enter a plea.

The telecom executive and his wife and the newspaper owner also face bribery charges.

Each defendant is permitted one defense attorney in the courtroom, due to coronavirus rules limiting attendance, and all must wear face masks. The state prosecutor has been assigned bodyguards to protect her from threats. Reporters will fill overflow rooms to watch the hearing on screens, but the trial will not be televised to the public as is customary.

The opening session was scheduled for March but the government’s coronavirus stay-at-home orders led the judges to postpone it — an extension that gave the leader more time to build a coalition government and secure his new term in office. Now he comes to the trial from a position of power.

Netanyahu asked the court to exempt him from attending the opening hearing, arguing that he is already aware of the allegations and that his bodyguards would exceed coronavirus limits on courtroom attendance. But the court rejected his request, saying there is room for his bodyguards and he needs to be present for the reading of his allegations. As the trial progresses, Netanyahu could be asked to appear in court three or four times a week, while still serving as prime minister.

It could take months to a year to process preliminary arguments before witnesses are called to the stand. The prosecution’s star witnesses are three of Netanyahu’s former close aides who agreed to testify against their ex-boss and escape prosecution. The court is likely to grant Netanyahu an exemption from personally attending every hearing. It could be several years before a verdict is handed down.

If the judges find Netanyahu guilty, he can appeal the verdict at the Supreme Court. If he lost that appeal he would be required to leave office.